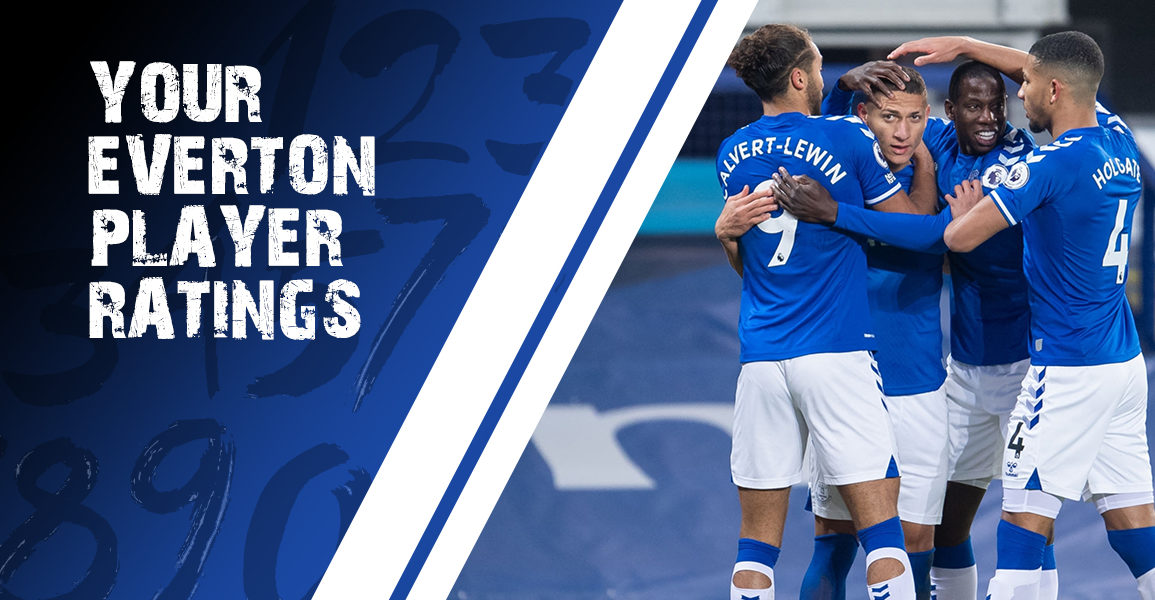 Richarlison’s early goal proved decisive and enough to give Everton victory over Southampton at Goodison Park.

The victory meant Everton secured back-to-back league wins for the first time since Boxing Day as Carlo Ancelotti‘s side move to within two points of the top four with a game in hand.

Well, it wasn’t the prettiest of displays, but Everton got the home-victory they so desperately needed and that they deserved. Everton created by far the better chances and honestly should have scored more than one when you consider the disallowed Keane header and the multiple other opportunities they spurned, most of which came from set-pieces. Southampton’s defending from dead-ball situations was horrific, and Everton did amazingly well to somehow not score from one of them. Although Southampton may have had more of the ball and slightly more control of the game, they didn’t create any real chances until the final 10 minutes of the game. It was a scrappy affair, but ultimately Richarlison’s early moment of quality shone through and won all three points for the Toffees, who now look forward to the match at the Hawthorns on Thursday. Here are my player ratings for Everton 1-0 Southampton.

Jordan Pickford looked a little shaky in the air, but he made the saves he needed to, most poignantly on Jannik Vestergaard in the dying stages of the game. That save was as good as a goal up the other end.

Decent enough defensively. In regards to Michael Keane’s disallowed goal, Holgate was unmarked and really should have held his line. There was no reason to go early.

I thought Michael Keane did well defensively. He, unsurprisingly, was great in the air and was a big part of the fact that we did not concede from any of Southampton’s 10 corners.

I just want to say, that was never a penalty. Adams’ trailing leg clearly tripped Godfrey, and that’s why he went to ground. Otherwise, I thought Godfrey was solid enough.

I thought Lucas Digne’s delivery left a bit to be desired today, and Djenepo got the beating of him a few times. He continues to win basically every header down the left-hand side, however.

It was great to see Allan back and doing what he does best; making a nuisance of himself for the opposition. I think he needed to have been a bit better on the ball, as there were a few instances where he took too long to make a decision or hit a sloppy pass, but it was his first game back in over 2 months, so that will come with time.

The same goes for Doucoure; he could have been better in possession, but man, he does not stop running. Even the commentators were marveling at this seemingly unstoppable engine.

Andre Gomes played really well today. He was one of the only players in blue who was picking passes, and he had a few great switches of play and whipped through balls. He’s been in much better recently.

It seems to always be moments with Gylfi Sigurdsson. Yes, he had a lovely assist on Richarlison’s winner, but did he really contribute anything afterward? He consistently struggles to put in a complete performance, but he has his moments of quality.

The Brazilian continued his excellent run of form today with what would turn out to be the all-important winning goal. He timed his run to perfection, rounded Fraser Forster, and made a tough finish from an acute angle look as easy as you like. He was by far the most dangerous player on the pitch all game.

Today was a perfect example of the fact that DCL offers so much more to this Everton team than just goals. His work off the ball was fantastic, he had the beating of every Southampton defender in the air, and he had some nice dribbles which resulted in dangerous free-kicks. Let’s hope that against West Brom he can replicate the goal-scoring feat he managed in the reverse fixture.

I will say that Alex Iwobi’s little footwork display in the far corner was superb, I still can’t quite understand how he kept the ball over there for so long.

Hardly had a touch. I think he could have come on much earlier, but hopefully, he’ll get his chance soon.