evertonarntwe said:
But they were all terrible and that's one game. What are the other games?
Click to expand...

Thing is Pickford could of played like Lev Yashin and we still lose that game.
This season, well last Pickford won us far more then he lost.
E

Archer said:
He was particularly bad and there's plenty of other games he's been poor. West Ham at home, Newcastle away, Leicester away he was very poor on their goal despite us winning.

I'm willing to give him a clean slate next season but I won't pretend he's boss. He was inconsistent to say the least last season.
Click to expand...

Well I'll start with west ham and Leicester were before the derby. Are you really using a game we won in for reference? Kenny was more at fault vs Leicester btw for going to ground so easy

Archer said:
He was utterly appalling after the derby. That Tottenham home game was probably the worst goalkeeping performance I've ever seen from an Everton keeper.
Click to expand...

Then you don’t watch much Everton.

twoblue said:
Not sure David James ever got past that
Click to expand...

I quite rated James in his later years, but true like all keepers still had a blunder in him.
W

Y’all a lot of mentalist we have an international quality keeper whom is still quite young at 25/26. With decent distribution skills if abit inconsistent, fantastic shot stopper, vocal and improving command of the box. Yeah he’s a mental tit at times but he more than makes up for that.

Baines' left foot said:
So Howard was awful for the whole time he was here was he?

Let the negativity flow through your veins lads!
Click to expand... 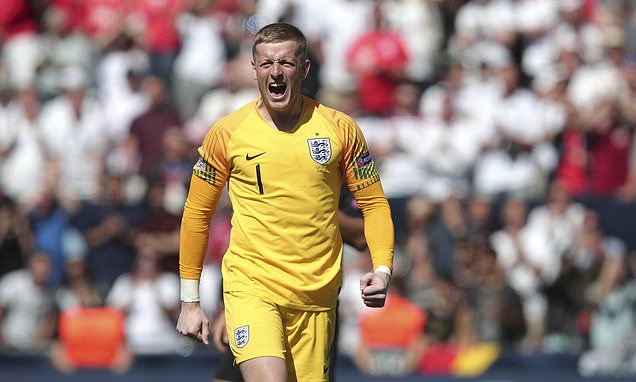 Jordan Pickford says he has matured since off-field drama

Jordan Pickford enjoyed another fine afternoon as England's first-choice goalkeeper on Sunday and insists off-field drama earlier in the year has only helped him grow.

Jordan Pickford says he has matured since off-field drama

Jordan Pickford enjoyed another fine afternoon as England's first-choice goalkeeper on Sunday and insists off-field drama earlier in the year has only helped him grow.

The Three Lions finished the inaugural Nations League tournament in third place as Pickford scored from the spot and then saved the decisive kick to secure penalty shoot-out success over Switzerland.
It is the second-successive England shoot-out where Pickford has starred after he saved from Carlos Bacca in the World Cup round-of-16 clash against Colombia last year. 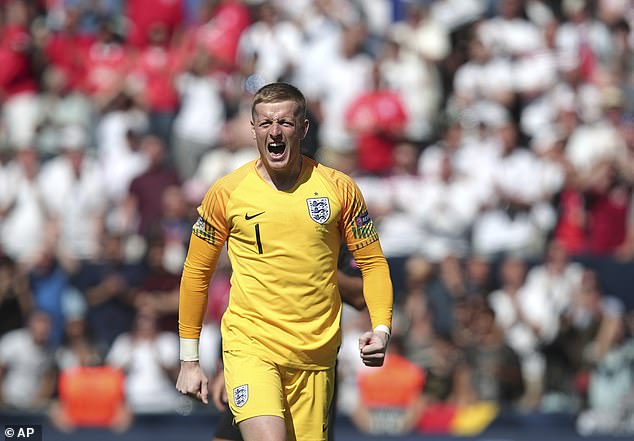 It has not been all plain sailing for the goalkeeper, however, as he suffered a mid-season slump in form for club side Everton.
Pickford was also involved in a scuffle in a bar in April after watching former club Sunderland lose the Checkatrade Trophy final to Portsmouth.

He was disciplined by Everton following the fracas but insists he has learned from the incident and is now happy to spend time at home with his fiancee and newborn child.
'It was just one of them, I don't think there is much more to say,' he said after the win over Switzerland. 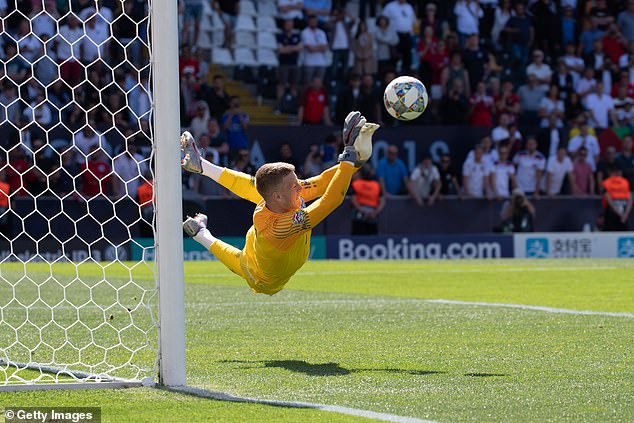 Pickford scored from the spot and then saved the decisive penalty against Switzerland
'You learn from everything, how to become a man and grow.
'I've got a little baby now and life has changed so with the little baby and my missus it is a totally different lifestyle now and it is great.
'I think the main thing about it is that I am a normal lad - but then sometimes you have got to realise you are not a normal lad, you are an England footballer.

'I just want to be a normal lad but you have got to realise certain situations but you learn from it like you learn from everything.
'So you move on from that and after that incident I pushed on at the end of the season, a lot of clean sheets. It just shows my character, it is what it is.'
Pickford revealed he had never taken a competitive penalty but struck home England's fifth of the shoot-out with aplomb. 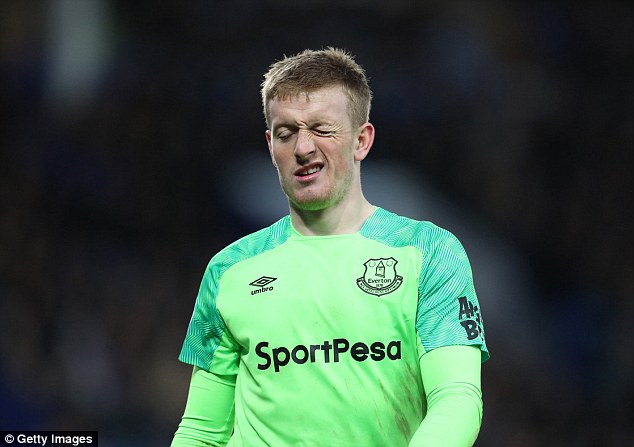 Pickford suffered a dip in form at Everton and was involved in off-field drama earlier this year
He then kept out Josip Drmic's effort in front of the celebrating England supporters - before claiming he has never felt under pressure since making his international debut in 2017.

'I think you always learn and always mature in every game - whether it is club or international level,' he added.
'For me, I've always been decent, I made my debut against Germany, 23 year-old playing in goal for England. What a better moment and I kept a clean sheet.

'I think I started on the front foot and there has been a lot of pressure but I don't feel pressure, I just want to go and express myself and do the best for the nation and for the team.
'If that is keeping clean sheets and keeping them well...I don't feel any pressure and just feel I can get better to better.'

I miss Tim Howard. Ten times the man AND keeper Pickford is.
B

I guarantee he hasn't learned a thing and it won't be his last misdemeanour on or off the feel the absolute beaut.

I see he’s made our fans’ heads fall off by doing something good for England again.
M

Bryan said:
I guarantee he hasn't learned a thing and it won't be his last misdemeanour on or off the feel the absolute beaut.
Click to expand...

Yap, not buying any of it
B

he's a bellend, strikes me as the type of lad who thinks he's better than everyone else.

can't have nothing good us can we

boss young keeper at the club, doing very well at the moment

evertonarntwe said:
can't have nothing good us can we

boss young keeper at the club, doing very well at the moment

Big Al from Aintree wants Timmy Howard back just 3 years on from demanding his head on a spike from GT4.