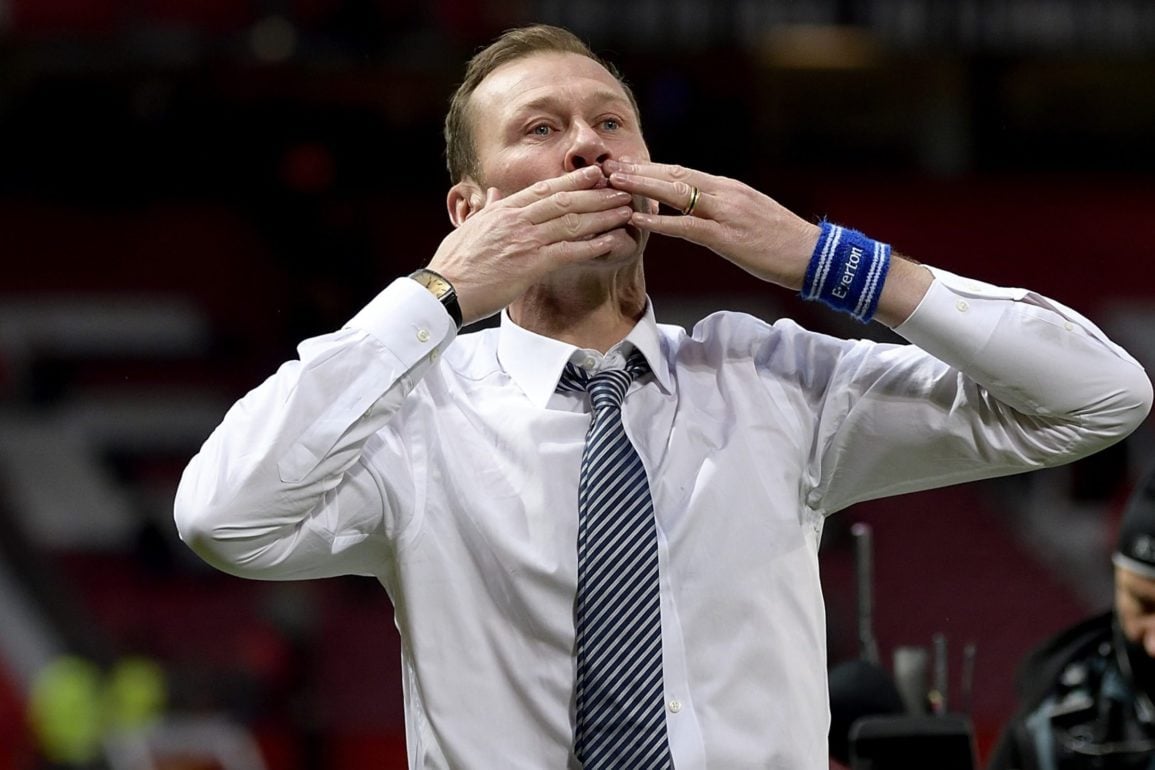 The School of Science. Currently the School of Shambles and Despair. At the time of writing Rafael Benitez has just become the fifth manager to be relieved of his duties during the Farhad Moshiri era. A tenure that also included Carlo Ancelloti, as well as caretaker stints from David Unsworth (twice) and Duncan Ferguson, with the latter probably set for his second spell, if rumours are to be believed.

Our great club has become a joke that only makes those of a non-Everton persuasion laugh, with even fans of other teams actually conveying sympathies at what the Goodison faithful is frequently subjected to.

The problems are both many and great. Using the analogy of the school; Everton is like the comprehensive gone private thanks to a rich benefactor who knows nothing about running an educational establishment and seems at odds with an out-of-date headmaster who still romanticises about times when the the Toffees were great, while still believing he is absolutely needed and relevant to both the club and its fanbase. Both also seem to disagree about the teachers they hire to preside over and get the best out of a class that has little to no leadership or belief, with some students clearly not up to the levels of excellence demanded. The latest choice of tutor, I suspect the choice of benefactor rather than headmaster, needed to be absolutely perfect, having been less than complimentary of his new surroundings in the past and someone whose stubbornness has eventually contributed to his downfall on more than one occasion.

Side note: the media will play up that Benitez was hounded out because of his Liverpool connections, while completely disregarding the passionless, disjointed rubbish he served up during his brief stay. First few games aside.

Everton Football Club has a fanbase that is vociferous in support, loyal, but rapidly running out of patience. A new home is welcome but on the field, a team that, frankly, looks worse than before £500m was spent on it, is simply not good enough or expectable.

The words of former chairman, John Moores. A man who was as good as his words as he presided over club matters. How we could do with that focus, drive and leadership now! A different time, of course, but Evertonians are at a point where they are more disconnected from the club than ever. Moshiri communicates through Jim White rather than using the department within the club known as Communications, while other leading figures largely maintain a wall of silence. Supporters are split on so many issues while the wider media seemingly laugh at the club that still has more league titles than both Chelsea and Man City.

The issues discussed are so plentiful, I fear it may take a long time to fix, if at all. But it is the short-term problems that are now most pressing.

Let’s not be naive, Everton are in a relegation fight and don’t have, it seems, the character to cope. Points and performances are needed as is the Goodison faithful at its snarling best. But how do you galvanise a fanbase so divided, so despondent and so sick of false dawns and disappointment?

My belief is you call upon an icon that both unifies and inspires. I stress, Duncan Ferguson should only be a quick fix until a longer, more structured plan is put in place, which may or may not include a director of football and manager on the same page. Wouldn’t that be nice!

Back to the Scotsman. Now for those of you that know me, know that I am far from his biggest fan. A player of real ability, Ferguson was unplayable on his day, as proved by his goalscoring record in derbies and Man United. It was almost as though lesser opposition bored the former Glasgow Rangers man. But as a child growing up watching Everton in the 1990s I needed to see more than a player with so much to offer simply turn up for big games and then often be injured or suspended when the fixtures weren’t so glamorous. I will never term Big Dunc a legend, he hasn’t earned it. I also accept the fact that he has been part of a number of regimes that have gone disastrously wrong and helped contribute to Everton falling yet further down English football’s pecking order as well as going onto the Financial Fair Play naughty list.

But who unites like this man at Goodison? Whatever your opinions, Ferguson understands the fans and exudes passion and hope. Two things the team needs on the field and fans deserve on the terraces. What also shouldn’t be overlooked was the job he did ahead of Ancelloti’s arrival. In the relegation zone following Marco Silva’s dismissal, the former no.9 presided over a 3-1 win over Chelsea before a battling draw at OLd Trafford. His trilogy of matches would end on a rather drab 0-0 at Goodison with Arsenal, but the steadying of the ship and the restoration of belief were evident. This was not a man simply just being an Evertonian managing Everton, rather an individual that knew his role and, most importantly, his players. Just imagine what Anthony Gordon, a boyhood Blue, would be feeling playing under a man whom he probably views as an Everton legend.

The word is that Leighton Baines may also be part of the mix. Again, another sensible choice. A cultured full-back, his respect amongst the squad may well prove vital as the team looks to lift itself out of this current mess.

I stress again that this should only be short-term as various coaches will come on the radar. Fans will have differing choices, I only hope the board can actually agree and get this one right.

So for me, we could do a lot worse than Ferguson, now!