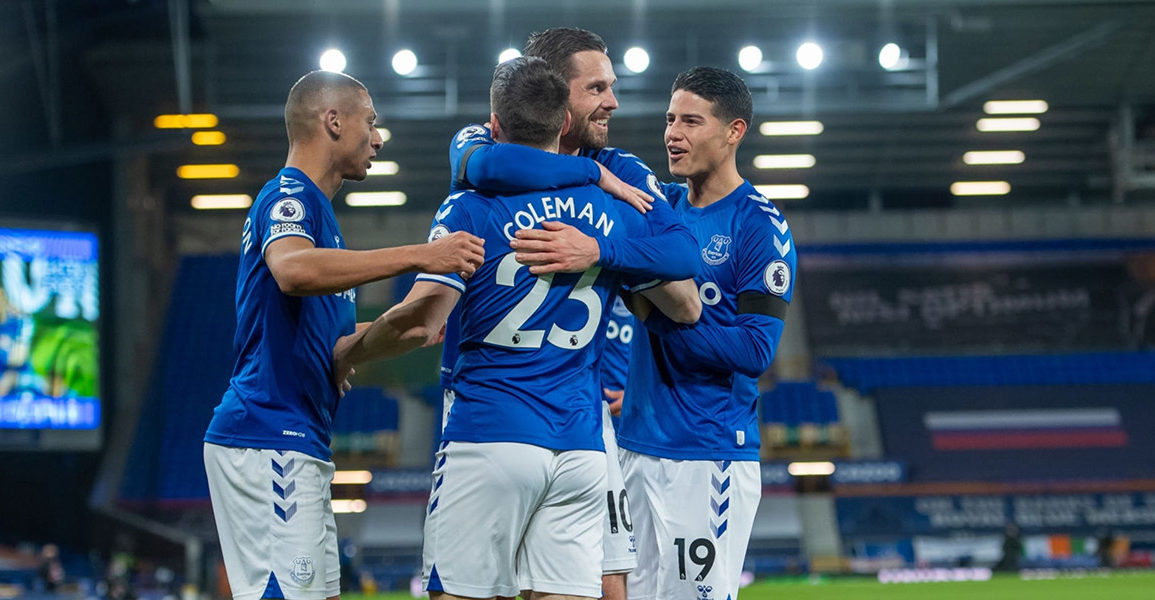 Four games for the Mighty Blues in April saw Carlo Ancelotti and the players playing .500 footie with six points from a possible twelve and unbeaten in doing so. Three draws and long overdue victory at the Emirates over Arsenal kept the Blues in with a wafer thin chance of finishing in the top four but, a much better chance of achieving Europa League qualification if a top six finish is reached.

Crystal Palace saw the first point gained, or conversely depending on your point of view, two points dropped as Palace hit back late to cancel out the lead provided by James Rodriguez on his return to the side after a five-game absence. A poor showing in the next draw, away at Brighton, won’t live long in the memory and that brought the third game of the season against Tottenham and one of our nemesis players, Harry Kane. And it was the aforementioned Kane who made the most of a defensive error to fire the visitors into a short-lived lead as Gylfi Sigurdsson equalised with a coolly taken penalty after James Rodriguez had been brought down. And the three points looked to be ours as the introduction of Seamus Coleman saw him play a huge part in setting up a stunning volley from Gylfi for his second of the game and the go-ahead goal. Disappointingly, another defensive error gifted Kane another chance and he needed no second invitation in burying his second of the game.

Three games played, three draws brought three points and many Blues fans were thinking at least four if not six points had been lost ahead of the trip to the Emirates where we’d never won. Everton had the better of a scoreless first half, Arteta’s Arsenal had the better of the second until Richarlison showed Xhaka a clean pair of heels to reach the byline and with Leno expecting the Brazilian to cross for DCL, Richie played the in-off, the ball played straight at the German ‘keeper and squirming through his gaping legs to give the Blues a late, oh so late winner… and another monkey on our back dispensed with, and three valuable points to keep Eurohopes high.

The four games saw nineteen players used with eight appearing in all four, and two – Mason Holgate and Lucas Digne – play every minute.

As to the four Man of the Match poll winners, and James Rodriguez nailed two awards for the games against Crystal Palace and Tottenham; Seamus Coleman claimed the Brighton game that not unsurprisingly given the turgid nature of the performance saw the lowest MotM poll of the season and that left Jordan Pickford as the overwhelming winner for an excellent performance in the win over Arsenal.

It really is all to play for in the remaining six games, as not only is European football next season still in our reach, so to is the coveted GrandOldTeam Player of the Season based on the accumulated MotM votes across the entire season. Without naming names, the leading vote winner position has changed more than once during the course of the season so far and who’s to say how the votes over the remaining six games will influence the eventual outcome. Suffice to say, EVERY VOTE REALLY DOES COUNT, so irrespective of the results, keep your votes coming in the polls.

And so to the result of the GOT Player of the Month for April as voted for by you, the fans…

In third place and an ever-popular performer in the Royal Blue is our 60-grand man and captain, Seamus Coleman.

Maintaining his return to form and second place on the podium for the second month in succession is our and Englands’ Number One, Jordan Pickford.

And the clear winner having claimed just under 29% of the total votes cast in the month, the congratulations for being the GOT Player of the Month for April go to… James Rodriguez.