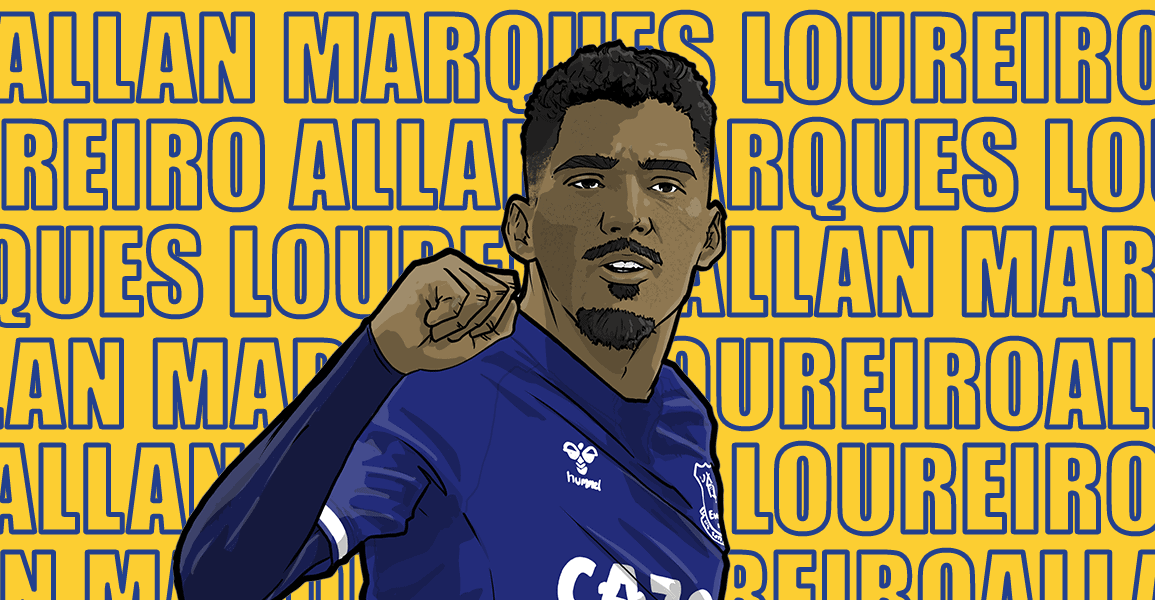 After a very eventful week in the world of football it seemed a lifetime ago that Everton played out an entertaining, but ultimately frustrating draw with Tottenham Hotspur. But at the time of writing it was only seven days ago when the dust settled on another frustrating evening for the Blues at Goodison Park. Since then though, the Toffees have ended another hoodoo with victory at Arsenal, while their north London rivals have sacked the manager, lost a cup final and probably seen Son Heung-min become a very popular meme following his rather emotional reaction to losing out on the Carabao Cup to Manchester City.

Oh, and they were also part of a group of six clubs who tried to break away from the Premier League to join a super league only to make a sharp, grovelling u-turn following a significant backlash.

I’d definitely say we had the better week!

Back to matters on field, Everton continued their impressive away form; their first victory at Arsenal since 1996, and in doing so have kept their European dream very much alive and kicking. By no means a classic, Carlo Ancelotti’s men rode their luck at times but remained competitive throughout in claiming a much-needed three points.

The draw at Spurs earlier that week had also shown signs of an upturn in attitude that had previously been lacking in previous fixtures. Two mistakes were ultimately punished by arguably the Premier League’s most lethal marksman in Harry Kane, but the genius of James Rodriguez, Gylfi Sigurdsson showing us he can play when he wants to, along with the raw athleticism and unwavering will to win shown by Ben Godfrey, gave the Goodison faithful some hope that Everton aren’t quite ready for the beach yet as the chase for European places intensifies.

For me, it was a refreshing change from the often nervous and wasteful performance against Crystal Palace, which was followed by a display against Brighton that was reminiscent of a boxer simply wanting to get through a round without being knocked to the canvas.

Injuries have played their part and returning bodies will no doubt lift the mood and the performance level as the Blues get set for the final six fixtures.

But it was one man, whose presence has not quite garnered as much attention as our Columbian maestro or the tackling machine acquired from Norwich City, that for me, has contributed to the levels of competitiveness being turned up a few notches over the last two games.

The Brazilian, who featured against both the Whites and Reds of north London, has brought back a bite that hadn’t really been present without the former Napoli man in the starting XI. The £21.7m midfielder is a constant reminder to opponents that they are in a battle and will fight for every ball, decision and cause. Proudly declaring that he celebrates tackles like goals, the gifted Emile Smith Rowe suddenly found space much harder to come by with Allan snapping at his heels.

A protective blanket for the back four, Allan’s discipline allows playmakers such as James and Sigurddson the freedom to take the game to the opposition, while full-backs’ Seamus Coleman and Lucas Digne will advance forward more reassured in the knowledge that the 30-year-old stands guard, ready to shut down anything that comes his way.

All the great sides have them. Those stars whose styles aren’t easy on the eye, those players you only truly miss and appreciate when they’re gone. Allan is the living embodiment of such a talent. Leaving goals and assists to others, this is the man that stalks the playmakers, then produces tackles and interceptions that preserve results and often prove as vital as goals.

For many years, Everton struggled to replace Lee Carsley’s grit, Gareth Barry was never quite as appreciated as he perhaps should have been, while Idrissa Gana Gueye has more than played his part in getting PSG to the semi-finals of the Champions League. Midfield generals are hard to come by and are a vital cog in any team that wants to be successful. Those players whose discipline allows the football to flow and flair players to express themselves freely.

The plain fact is, there is no one in the ranks that does what Allan does on the field. The polarising figure that is Tom Davies gives his all but is not that type of player, Mason Holgate can do a job but is a defender at heart, while the much missed Abdoulaye Doucouré will no doubt feel the benefit of the Brazilian bull terrior’s presence when he returns.

If Everton are to meet the challenge of European qualification, team spirit, hard work and raw belief will be vital. Key personnel will need to stay fit and sharp over what will be a pivotal month.