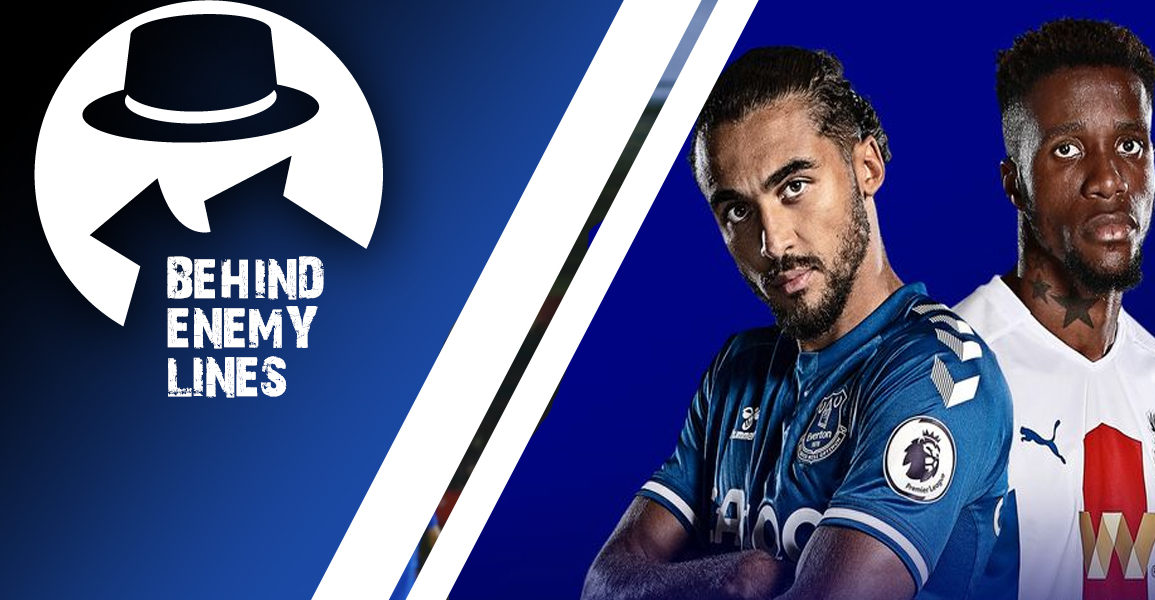 Everton begin the home stretch of the Premier League season with a home encounter against a typical mid-table Crystal Palace team who have struggled to find consistency for large parts of the season. Uncertainty surrounds the South London club, as their manager and a solid amount of their squad are out of contract in June, and a lot of turnover seems certain in the summer. Everton lost their last two league matches going into the International Break, starting with defeat at Stamford Bridge followed by an extremely disappointing 2-1 defeat at Goodison on the hands of Sean Dyche’s Burnley, and then were dropped out of the FA Cup by Manchester City to make it 3 consecutive defeats in all competitions. It’s simply a must-win game for the Toffees on Monday, as Ancelotti’s men look to re-join the race for the Top 6 with a crucial three points.

This week on Behind Enemy Lines, I spoke to Joe Doyle, a Crystal Palace writer for Football.London. Here’s how our conversation went:

Q: Crystal Palace currently sit in 12th on 37 points with a more than comfortable 11 point cushion above the relegation zone. How would you assess the Eagles’ season, and would you consider it a success?

A: I think going off the Premier League table alone, it’s been a successful season so far for Palace – but that doesn’t tell the whole story. I think for a lot of clubs this season has been attritional, and that’s definitely true of Palace.

Roy Hodgson’s style of football hasn’t won too many fans over during this season, even if the club are on course for a record-high finish in the Premier League. A strange balance has been struck between the need to be pragmatic in what has been a horrendous year for injuries at Palace (the worst-affected club in the league so far), and the urge to let loose the shackles a bit more given the talent in attack. The counterattacking style has proved beneficial, but it does rely on your opponents not making the most of their chances – and that’s where you’ve seen some bad results like the 7-0 against Liverpool.

Q: There’s been no lack of conversation regarding Roy Hodgson, his age, and his apparent lack of a future at Selhurst Park with his contract set to expire come the end of the season. What do Palace fans think of the managerial situation at the club, and who could be a possible Hodgson replacement for next season?

A: I think the majority of Palace fans like Roy Hodgson as a person, but are tired of the football his team play and would like something a bit more exciting next year. Whether that’s the wisest option at the moment is another matter, given he and half of the squad are out of contract at the end of the season.

A lot of names have been linked with the job. Sean Dyche is one that has cropped up regularly over the last couple of years. Recently the rumours have been about Eddie Howe and now Frank Lampard. I think given Dyche might be able to strike a good balance between pragmatism and flair with Palace. For all the criticisms his side gets for playing long-ball football, you see how effective they can be with good quality players like Dwight McNeil. At Palace, you currently have a team that could suit his style well, with Christian Benteke and Jean-Philippe Mateta good target men, with the likes of Ebere Eze and Wilfried Zaha confident on the ball.

Q: In the reverse fixture, Everton squeaked out a 2-1 victory in South London thanks to first-half goals from Dominic Calvert-Lewin and Richarlison. What did you think of that game, and what must Palace do better to avoid defeat this time around?

A: The first thing that I remember from that game (and the fallout) was the ludicrous handball decision given against Joel Ward for the Richarlison penalty – partly because rule changes midway through the season mean that decision would no longer stand. I thought it was a well-balanced match. One thing that sticks out for me was how well Tyrick Mitchell dealt with the threat of James Rodriguez – I was really impressed that so early in his career he was doing a decent job on such a top-class player. That game has seen one of Palace’s poor trends this season – conceding early, whether it’s in the first or second half. It’s something that has seen them chasing games on too many occasions, and they’ve rarely got too many points out of it.

Q: What are your thoughts on the Toffees’ season as a whole thus far and the job Carlo Ancelotti has done in his first 16 months or so in charge?

I think it’s been slightly underwhelming given the start they had to the season – only slightly though. The competition for a place in the top four is enormous, and they’re not far off it even after two losses right before the international break. I think overall, Ancelotti is moving the club in the right direction, bringing in some great players like Allan and seemingly getting the best out of ones like Dominic Calvert-Lewin – you can’t ask for much more than that in the time he’s been there.

Q: Who will win the game at Goodison Park on Monday and why?

A: I think it will be a pretty tight affair. Palace have been in mixed form heading up to the international break, but have been struggling with injuries and could be getting a few key players back to add a bit more competition for places and hopefully push up performance levels.

For me, a lot will depend on how well Everton deal with Zaha. Palace are not quite a one-man team, but they’re so much more effective with him in the side. If Everton can stop him from getting on the ball, they’ll have a great chance of picking up three points.

My thanks to Joe for taking the time to discuss the game with me! I’m going to predict a narrow but much-needed 2-1 win for the Toffees in the typical fashion of this season. You can find Joe on Twitter @joedoyle_ or writing for @Football_LDN, and you can find me @ParrettGost, of course. I’ll see you all for my Player Ratings directly following the match, where we will hopefully be celebrating a big three points for Everton. Until then, thanks for reading, and as always, Up the Toffees.