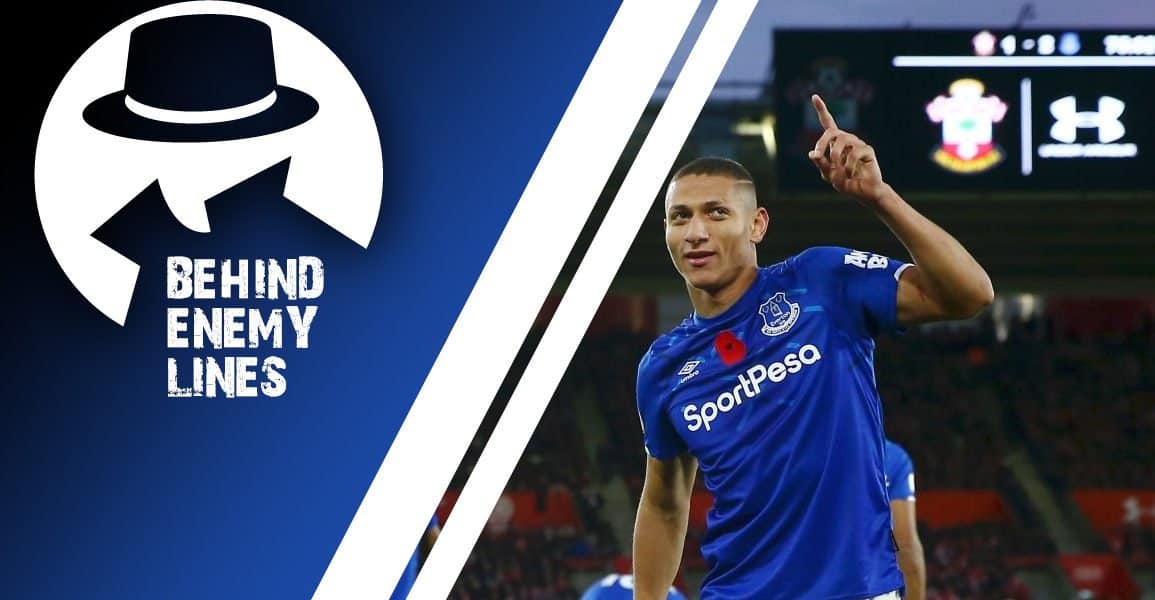 On Monday, Everton will look to build upon the momentum they took back across Stanley Park after winning at Anfield for the first time since before the turn of the millennium.

The Toffees will be licking their lips considering that Southampton, their next opponents, enter the game with a lengthy injury list and the worst form of any side in the division.

Meanwhile, Everton enter with the most fit squad they’ve had since early in this season as Carlo Ancelotti has confirmed that both Dominic Calvert-Lewin and Allan are fit to start, which is a huge boost for the Merseysiders despite the fact they got the job done at their former ground without either in the starting XI.

Thus it seems an Everton win is more than likely, but the Toffees have made a habit of losing to considerably lesser opposition at Goodison Park this season, including the likes of Leeds, Newcastle, and most recently Fulham. Everton’s home record is currently 16th in the Premier League, which is simply unacceptable for a team with substantial European aspirations, and Carlo Ancelotti will desperately want to turn that tide with a result on Monday. A win against a Saints side still licking their wounds could go a long way to start atoning for Everton’s many failures at Goodison Park so far this campaign.

This week on Behind Enemy Lines, I spoke to Marc Walker of Saints Marching, a FanSided Southampton FC setup. Here is how our conversation went:

Q: After great early season form which even found them topping the Premier League table at one point, Southampton have hit a major slump and now sit 14th on 30 points. What was the turning point of the Saints’ season so far, and what caused it to happen?

Saints need good fitness and plenty of options as cover to play the energetic football that they do. Consistent line-ups were key to their success in the early part of the season. However, they’ve since been ravaged by injuries. By my calculations, I think 16 first-team players have spent time on the sidelines with injuries or covid related issues so far – as an example, Oriol Romeu’s ankle fracture from Tuesday has ruled him out for the rest of the season and leaves us with James Ward-Prowse as our only fit senior central-midfielder.

Q: Southampton have lost 6 of their last 7, with the outlier being a draw against Chelsea. They also suffered a 9-0 defeat for the second consecutive season. Do you feel like Ralph Hassenhuttl’s time at Southampton is coming to an end, and if not, should it be?

Fans from other clubs may be wondering why he’s still in charge. However, it was a huge coup for our club to get Hasenhuttl in the first place and the club are trying to build with him. The club is actively looking for new owners and I’m sure success will come with more investment in a post-pandemic world. The club has had the lowest net spend when compared to all other Premier League clubs in the last five years.

Q: Southampton handily defeated Everton at St. Mary’s in a game that feels like it was years ago at this point. Based on what you’ve seen of Everton, what is Southampton’s best chance of replicating that feat and doing the double over the Toffees this season?

It’s difficult to compare the two games given that everything has changed so much since then. If I remember rightly, the Saints had some joy down Everton’s left last time with James Rodriguez not tracking runs, but this time it may well come down to a James Ward-Prowse set-piece and a gritty defensive display to win against the odds.

Q: What are your thoughts on Everton’s season thus far and how optimistic are you about their chances of finishing in the European places after the massive victory at Anfield?

Looking from the outside in, it feels like Everton are a club worthy of being in European competitions each season. Their rich history is often referred to, and I remember enjoying watching them competing at the top end of the league on a low budget in the David Moyes era. This season they have a great chance of Europa League at least – Ancelotti and some excellent signings have made them a much more convincing outfit, and they are in the race to take advantage of Spurs and Arsenal slipping down the league.

Q: Who will win the game on Monday and why?

As a Saints fan, my heart is making me see a scrappy 1-0 win that would provide a huge boost in a terrible spell for the club. However, my head is saying a fairly routine win for Everton purely because of their strength when compared to Saints and their injury list. A full strength Saints would certainly give Everton a game again, but sadly, I can only see this result going to the Toffees.

So there we have it! I returned Marc’s favor and answered his questions for an article over on Saints Marching, and in that article, I predicted a 3-1 win for the Toffees which I will stand by. My thanks to Marc, who you can find on Twitter @mwalkerjourno or writing for @SaintsMarching_, for taking the time to converse with me. You can find me on Twitter @ParrettGost; I would love to discuss all things Everton or football as a whole with you all! Thanks for reading, and as always, Up the Toffees!