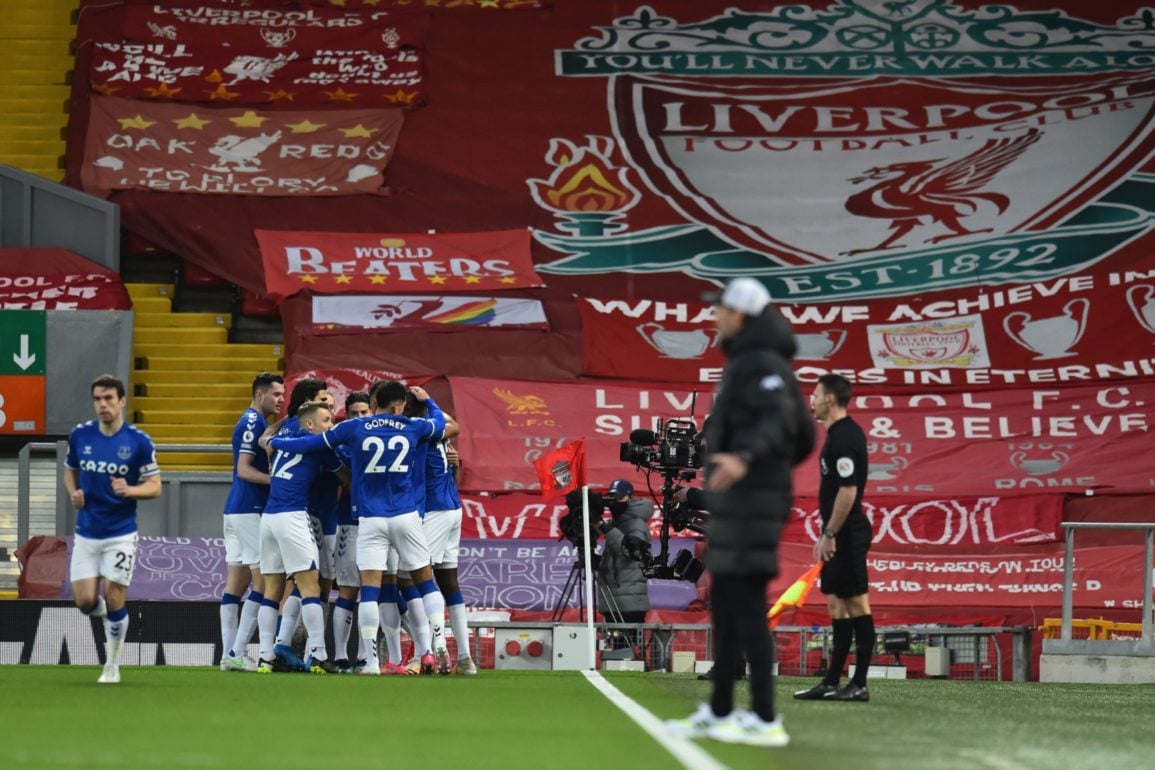 Goals from Richarlison and Gylfi Sigurdsson give Everton a 2-0 victory over Liverpool at Anfield.

You can read the full Liverpool 0-2 Everton match report here, and rate each Everton player’s performance out of 10 below.

I really hope every single one of you is already absolutely hammered celebrating this. I will be very, very soon. Today meant so much to me. I’ve been supporting this club with my whole being since 2012, waking up at absurd hours of the morning to watch matches, and even traveling 5,000 miles to watch my beloved club in person. However, the past decade or so has been so very painful for us Evertonians, and I can’t even begin to imagine how life-long Blues are feeling today. This was the first time I’ve ever seen us beat them full stop, and I’m absolutely buzzing. This is the peak of my Evertonian existence to this point. I know how much this means to our players, our manager, and most importantly our unbelievable supporters. This is only the beginning. Merseyside is blue. I’ve decided to get on with it for these ratings, and it may be kneejerk and it may be “small club behavior” but I could not care less. Without further ado, here are my player ratings for Liverpool 0-2 Everton. Enjoy.

Signing of the Season.