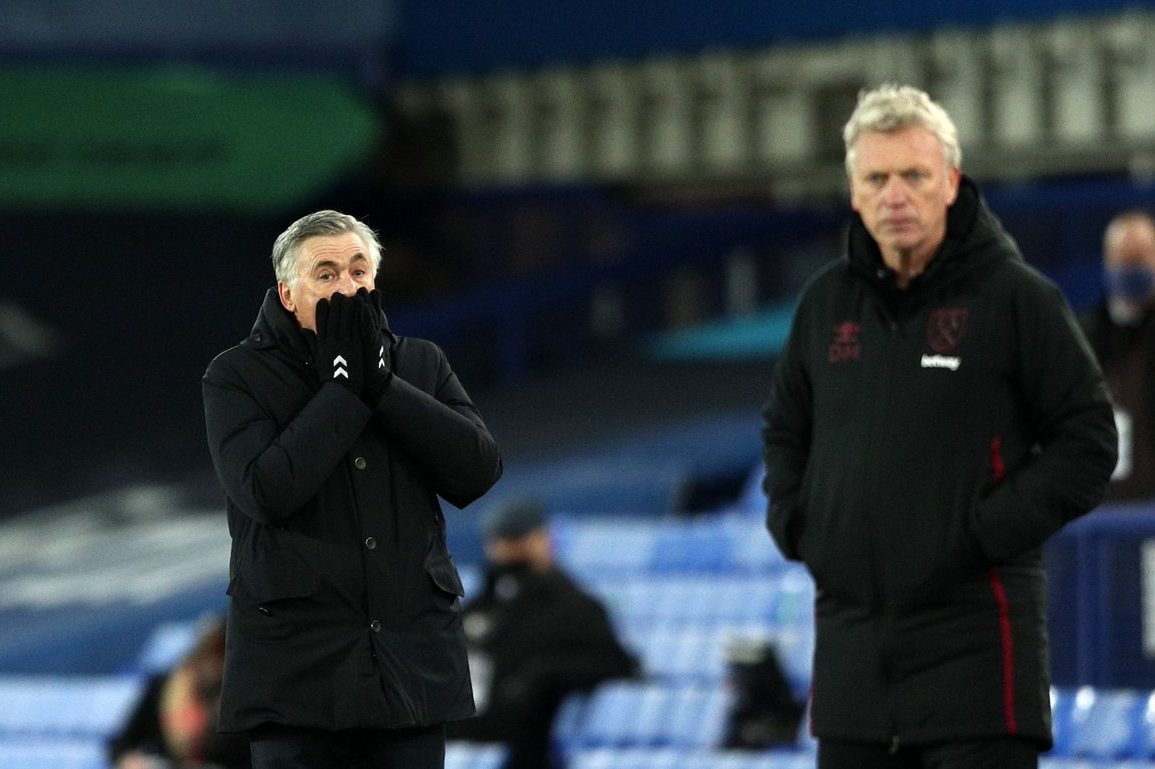 This is your opportunity to rate each Everton player’s performance below.

It was truly a horrendous performance from Everton on New Year’s Day, who despite 5 days’ rest, the return of Richarlison to the starting XI, and the return of James off the bench, played as if they were still as drunk as the rest of us were at midnight. There was no energy, the passing was sloppy, and there was no creativity going forward. It was dreadful. Thank heavens that the City game was postponed because even with half their squad self-isolating, they could have rocked up to Goodison with their U-23’s and beaten us 3-0 if we played like how we played today. Let’s just get this over with shall we. Here are my player ratings for Everton 0-1 West Ham.

Pickford had nothing to do in the first half and only had to make some very routine saves in the second. There was nothing he could do about Soucek’s goal. Can’t fault him for anything today.

Everton seemed to just refuse to pass the ball to Ben Godfrey, but I guess that is because of how limited he is going forward. We already knew that, though, but we hadn’t seen a defensive performance from him that was quite as poor as today’s. He got beaten multiple times, which we haven’t seen, and he had to lunge in and commit some cynical fouls to stop West Ham from profiting off his mistakes. He was a step off the pace today and maybe that’s a result of playing 90 minutes every game recently, but with 5 days rest you’d expect him to do better.

Once again it’s a poor Yerry Mina clearance that leads to a goal. This is not the first time this has happened. My mind immediately wanders to the Derby when Mina’s ill-advised backheel clearance falls straight to Mo Salah in the box. This time, Cresswell’s shot/cross comes in at pace, but instead of actually getting his foot behind the ball (don’t tell me he didn’t have the time to), he decided to try and flick it aside with the outside of his foot and it comes right to Soucek to tap home. This is “cute” defending cannot become a habit. On top of that, Everton had many set-piece opportunities, yet the big Colombian was nowhere to be found, letting Angelo Ogbonna win quite literally every single header inside the West Ham box. Simply not good enough from Yerry Mina today.

I don’t think Mason Holgate was as bad as Yerry Mina today, as he didn’t commit the error that led to the goal, but he wasn’t good. He made a few defensive errors that West Ham luckily didn’t capitalize on. He is nowhere near as good at progressing the ball as Micheal Keane, who I want to see back in the starting XI as soon as possible.

Yes, Seamus Coleman wasn’t the best on the ball today, but he was the only person making any driving runs into West Ham’s box at all. He had one of Everton’s two total shots on target when he made a darting run into the box but couldn’t get any purchase behind his shot on the swivel. He needs to be better on the ball, yes, but he was nowhere near being one of the worst players in the team today.

I think Abdoulay Doucoure was the only Everton player who had a half-decent game at all. He covered a ton of ground and was a big presence in the midfield as usual. He tried to drive forward and make something happen, but none of the actual attackers could manage a single quality interchange in the final third all game. Thank god Doucoure didn’t pick up his 5th yellow of the season today, because we would be absolutely screwed if he were suspended at the moment.

I thought Tom Davies was absolutely horrendous today. He lost essentially every 50/50 he was involved in. He gave away the ball many times including the 5 times that he passed a 10-yard ball straight out of bounds on the left side. He was absolutely shocking. It’s kind of crazy how he can go from having one of his best games in years at Bramall Lane to having an absolute stinker like he did today. I found myself yelling at the TV in the second half quite a bit, and most of it was directed at Tom Davies if I’m being honest.

I was starting to wonder where 2019/20 Gylfi Sigurdsson went, but he sure came back today. He provided essentially nothing going forwards and broke right back into his routine of only passing the ball square or backward. He was rightly replaced in the second half by Andre Gomes, who despite being played out of his normal position, still performed significantly better at the 10.

Dear Christ. This was probably Richarlison’s worst ever game in a blue shirt in my opinion. He couldn’t beat a toddler on the dribble with how he was playing today. He won a few fouls, sure, but he was dispossessed more than I can count on one hand, and he had no cutting edge going forward. He has one non-penalty Premier League goal this season, which for a player of his quality is absolutely unacceptable. He does not deserve to move to a Champions League club with how he’s been playing this season. Simply nowhere near good enough.

I didn’t think Bernard was exceptionally bad, but he wasn’t good. He just wasn’t involved very much, to be honest, but he seemed to at least be trying to make something happen going forward, unlike others *cough* Sigurdsson *cough*. This game never really suited him, as West Ham are a physical team, and Coufal, who he was originally matched up against, is far too strong and quick for Bernard to get the beating of.

Dominic Calvert-Lewin’s goal drought continues, but it really wasn’t his fault. He has absolutely no service of any quality in any shape or form. He simply wasn’t involved, and he had to drop very deep to even get a touch of the ball because of how bad the link-up play in the final third was. He held the ball up well a few times but was well marshaled and beaten by Ogbonna on most 50/50 balls. Not his best game by any stretch.

It was nice to see James finally back from the calf injury that has kept him out, but he was not nearly as effective as he needed to be for Everton to get anything from this game. He was a bit sloppy with his passing and tried to force a lot of switch balls that simply weren’t on. Hopefully, we will see him back to full match fitness soon and back in the starting XI as early as the FA Cup meeting with Rotherham United.

I actually thought Andre did pretty well when he came on. He was physically assertive and was far more effective in progressing the ball than the man he replaced. In the last two games, he has come off the bench and done well, and so I really hope we see him start against Wolves considering the performances of Tom Davies and Gylfi Sigurdsson today.

Thanks for reading. I decided not to award a MOTM today because no one even came close to deserving it. I apologize for the brief read, but I really don’t want to have to think about this game anymore. Let’s hope for a much better performance and a much better result next time out. Up the Toffees.

Which one are you?