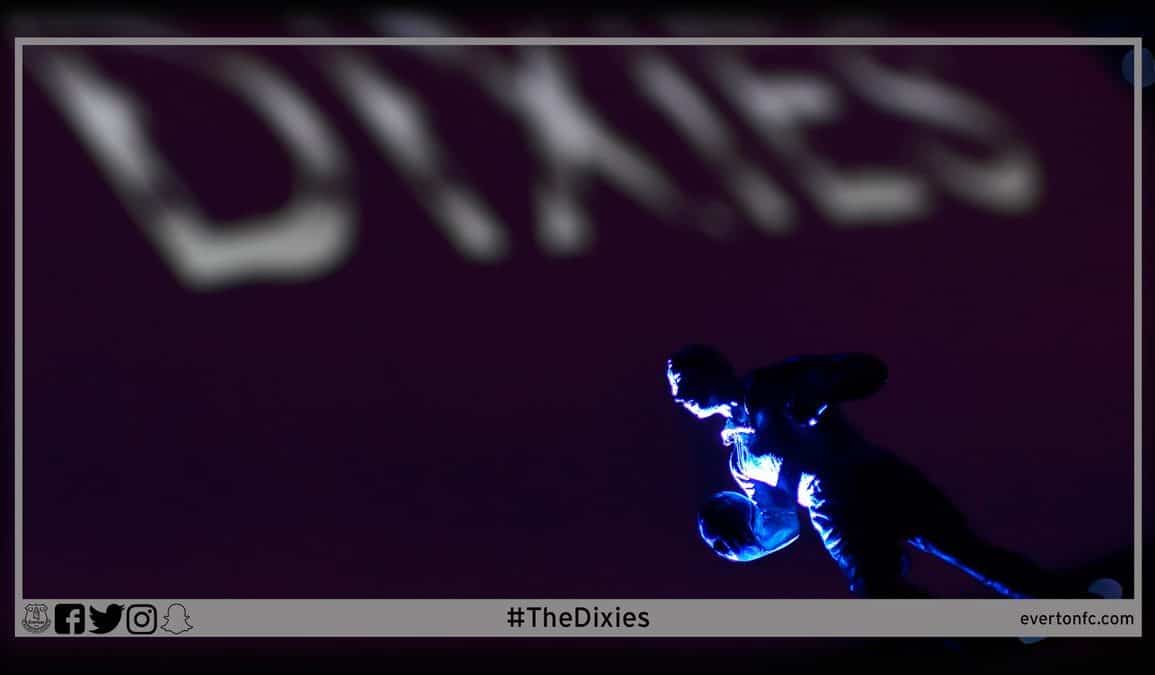 The Everton Annual Awards Dinner has been a high profile event now for a number of years. I guess it had never got more media coverage than it did last year when it was cancelled at very short notice due to the dismissal of the 1st team manager. This year the Club decided to completely change the format and the venue. Out went the sit down black-tie dinner held at St George’s Hall to be replaced by a far more inclusive event at the Philharmonic Hall. At the same time the Club introduced a new trophy “The Dixie” based on the famous statue of the great man.

I must say that, personally, I was disappointed to see the dinner abandoned, it was always a great night and allowed for quite easy access to the players and the management staff. The thought of sitting in a cramped seat in the Phil didn’t fill me with joy but I was assured of two £99 tickets in the stalls due to my sponsorship of Mason Holgate and so decided to attend anyway. I know plenty of people didn’t bother but nonetheless the pricing approach, with tickets from £30, and the size of the venue made the event far more accessible and that’s got to be a good thing.

When we arrived at the venue there was a terrific buzz about the place, the blue carpet looked brilliant and the big screen allowed everyone to see the arrivals and interviews with players. The players and management entered via the blue carpet and fans were able to get selfies and autographs.

It really was similar to what happens at the Oscars upon which the theme is clearly based.

Inside the Hall, it was heaving, which is hardly surprising considering the attendance has been estimated at 1,000+ and was probably getting on for double the number that the St George’s Hall event could accommodate. Getting near the bar was a bit challenging and I’m sure for future events there will be more draught beer and more bar staff available but overall it wasn’t that difficult to get served.

Third award for this man …. 💙 pic.twitter.com/Du5mI9YFVJ

The event itself was really well presented, the lighting was brilliant, blue of course and Mark Chapman was an excellent Master of Ceremonies. The evening was sprinkled with cameo interviews of players, members of staff, videos and of course the main awards. The mens and ladies 1st Team Squads were all present as were the newly crowned champions of Premier League 2; our all conquering U23’s team.

The night lasted around 3 hours with an intermission in the middle and would have probably finished a little sooner except Bill Kenwright, who couldn’t mask his enthusiasm for our future, delivered the longest speech of the night. He talked about the new stadium, our ambition of competing at the highest levels and more specifically his, and the major shareholder Mr Moshiri’s, commitment to getting the best players for our team. His speech was very well received and with Dan Meis in the audience the feel good factor really was quite high.

The awards themselves have been well documented in the media with Tom Davies being the most successful with three awards; the U23’s of course won the Howard Kendall Award and Romelu Lukaku seemed very surprised that he won the Player of the Season thinking that Gana should have won. That though was only the half of it, Lily Blackhurst was literally struck speechless when she won Fan of the Season, and Tony Bellew was equally knocked out at receiving the Chairman’s Blueblood Award for 2016. The absolute pride shown by David Unsworth when he too received the Chairman’s Blueblood Award for 2017 was fantastic and alone was worth the attendance.

For the last part of the evening the 1st team squad were all sat on stage and it’s probably fair to say some of them looked uncomfortable, maybe bored even, and the manager did ask could he be on before the Chairman next time! He did note he was only joking though and talked about how much he likes Bill. The banter on stage, especially between Bolasie & Lukuka and Mirallas & Gana alongside the infectious personality of Tom Davies, who’s living the dream, indicated a really good team spirit. Seamus Coleman was present, out of plaster and walking without a limp, which was fantastic to see and the inevitable 60 Grand chants brought a wide smile to his face as did the equally loud chants for Rom.

Great to see Seamus and Yannick on stage pic.twitter.com/nbP4e51BWn

Less warming was the body language of Ross who looked most uncomfortable throughout the evening and seemed a little isolated. Hopefully that was little more than shyness and being on stage with nothing to do. Lukaku did a really good speech when he won his 2nd and the most prestigious award of the evening although his sentiment around thanking the manager for all he has done, and how he’ll never forget, came across to me as a farewell comment.

The night went really quickly and despite my reservations at the beginning of the evening I thoroughly enjoyed myself. There is no doubt that The Dixies are here to stay and that even more fans could and should attend next year. I’m sure this event can exist alongside the more apparently exclusive black-tie dinner and I understand the Club are thinking that through. However, after last Tuesday, I for one am convinced that the The Dixies are now established as THE awards event in the city and I expect it to be graced by real silverware in the coming years.