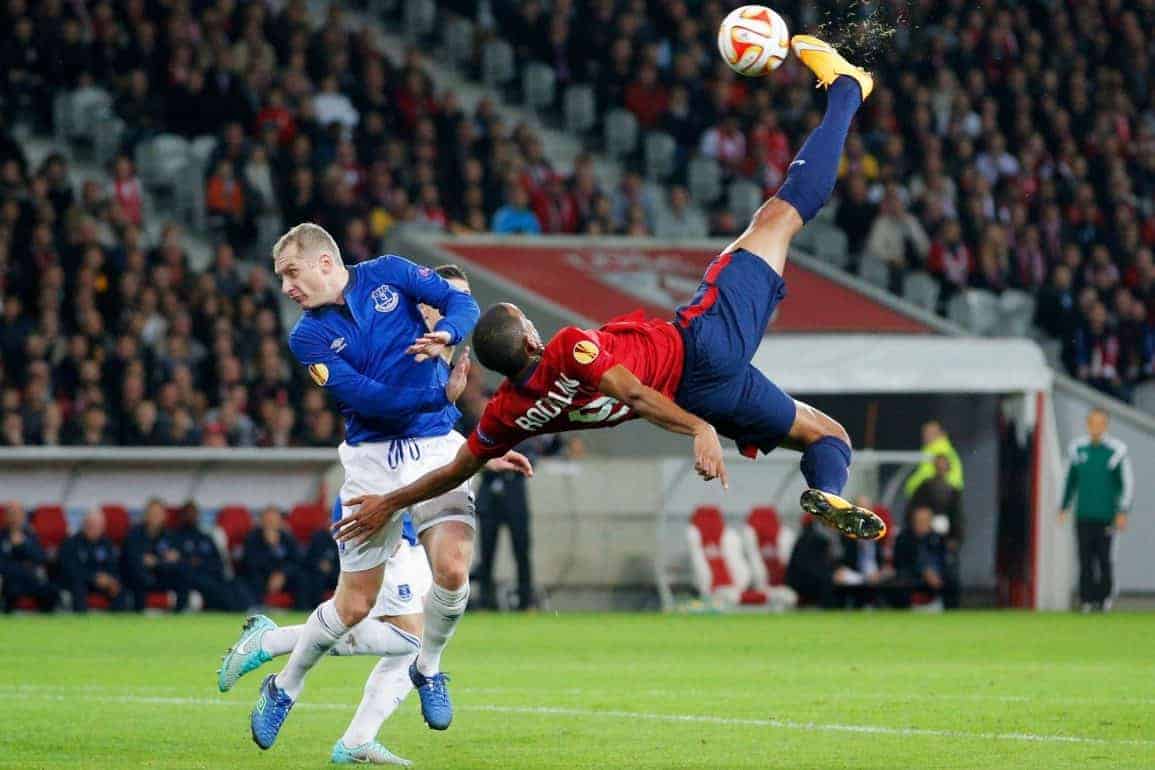 Dining at the not so top table at L4 as welcome France’s third best team under those wondrous Goodison floodlights for a game of togger where we may or more likely may not smash them. 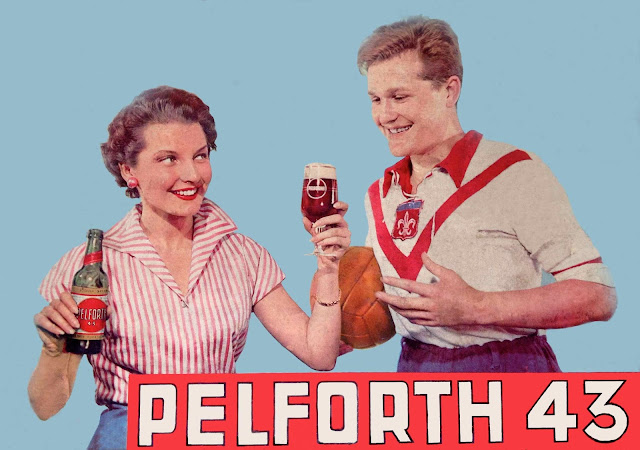 Is anyone else not feeling the intense love for this game? I know that UEFA want to create an inclusive money-spinning Europe encompassing B competition, but we’ve drawn a really dull group, not an easy group mind but doesn’t make them any less duller. Plus we’ve played them all once now so we’re a little bored of them. Familiarity breeds contempt when it comes to football, you sounded dead exotic a fortnight ago Lille, then you CS gassed us you monsters.

We thought we were building a slight head of steam then Swansea turned up and done a really professional job on us, holding out for a well earned point even with a numerical disadvantage for the last twenty minutes or so. Martinez’s slightly unkind words about expecting more from Swansea was an apt window into the frustration felt by manager and presumably team. Never mind the fans. But that’s football Jim. And guess what? There’ll be more of it. It’s hardly as if Efan Ekoku is raping our defence for fun so I suppose we should be slightly grateful. We’ve fared better in the Europa League than the domestic part of the game this season and that’s the hardest part of it navigated with two consecutive difficult away days. We remain unbeaten – as do our opponents for this game incidentally – but a thwacking of Wolfsburg gives us the advantage and means we’re top dogs at the half way stage, albeit in a very tight group where it’s difficult to predict which two teams will go through.

Lille are named by a first time teenage mother in Facebook, due to their inequality in size compared to other cities. They got the tight defensive thing going on in football and they want to beat us. Real bad.

It’s the return fixture of the content two weeks ago where a reported 1.4 million Evertonians made a pilgrimage of sorts to drink foreign beer in a foreign square in a foreign place. It made some unfortunate headlines too due to various things happening which thankfully did not reflect badly on Everton, and I don’t mean that in a blaming Chelsea type of way.

I started the previous preview against Lille with a line from popular 80’s pre gameshow sitcom Allo Allo, a line used by an English serviceman who is pretending to be a harmless French policeman. It turned out to be an unaccurate representation of the French police who instead turned out to be quite the horrors.

It’s a well-known fact that nothing of interest has happened in France in seventy years now so you can sort of excuse the excitement spiked by onset of us being poorly stereotyped English hooligans. Exciting times, grab the baton Jacques and let’s show em. If firing rubber bullets at grandfathers is your thing then fair enough. Maybe your kinky secret is firing CS gas into crowds of carefree lids having a jolly old time? Whatever really, my point is that a it was all a bit rum. And many of you drinking in that square done well not to react, well save a few lids getting a bit excited and lobbing bottles but that’s to be excited really, we do have many excitable lids in our following.

Do us a favour and drop the jarg leathers in your CID though. And tell them that the Ronin look just makes you look like a whopper who hangs around an underage girl like a bad perv. Buzzing off you having CS gas and a handgun on blag Armani belts though, you’d be laughed out of Toccy on a summer’s night like that, the kip of you.

Those French police lids aren’t the travelling fans from Lille coming to Walton this week so I’m sure we’ll extend a kinder welcome unless they try to take Williamson Square drinking pints of Carling. Sack that, no one messes with our intermittent squirting water fountain, well apart from kids in the summer months. And lay off our street traders selling luminous workies tops with Everton badges on. Keep your baguette ridden fingers off, you. Although if you want to gosh the window on the Liverpool store there you’re more than welcome. Or sneer at the posh Sayers there trying to be, well, a bit French.

Hope they have a nice time, bet they’re much preferable to the tedious stag and hen parties full of fat wools with over done tattoos and cringey t shirts. And where did the PRs come from for the bars? Can they leave us alone? It’s not Cancun on Spring Break you beauts. Anyone doing a Red Bull vodka jelly shot at any point of any night out back home shall be first up against the wall come the revolution. The actual act, not the popular Liverpool city centre bar where you were made up getting jelly bean vodka in 1998. 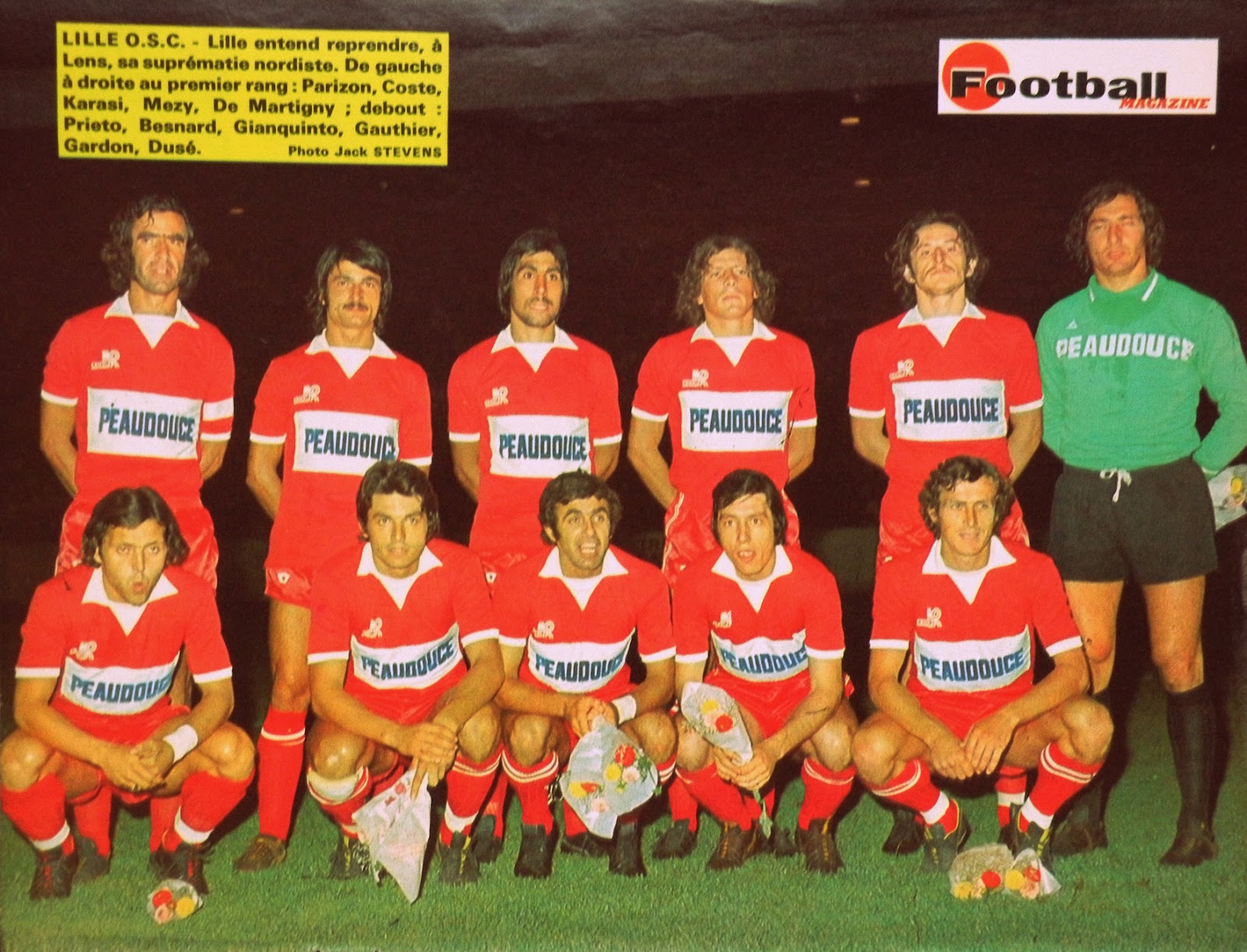 This is a short preview due to time constraints and playing them two weeks before, so there’ll be no customary review of their players and perceived threats to our ambition of mounting them sturdily and maintaining a persistent high pace until we climax all over their wanton sorry faces.

So I’ll get to my point: why’s everyone tossing off over Divick Origi? I’ll tell you why, because he’s signed for Liverpool and the talentless plums paid to give mainstream opinion on football are mind numbingly boring cockmonkeys who kow tow to the fat insecure virgins up and down this country who support Liverpool. He might turn out boss but why not wait until he does, instead as declaring him as a the saviour of attacking football? Ryan Babel says hiya.

Other than him I was really impressed with their centre half, the Danish lad called Kjaer. Proper defender that, pounded any centre forward who tried to compete with him. I read somewhere he was a childhood kopite – hey he’s Scandinavian after all – so that rules me out wanting him in an Everton shirt too much but it’s ace unexpected fubballers like him who make me like European competition a bit. But not as much as the nuggets who play too much FIFA or Championship Manager and bore the arse off anyone who will listen about the talents they personally think they have scouted. Serie A always has been and always will be a pile of scat, I know what I’ve seen and James Richardson wearing scarves and looking like he enjoys drinking espresso won’t convince me otherwise. I hope Crespo gets Ebola. 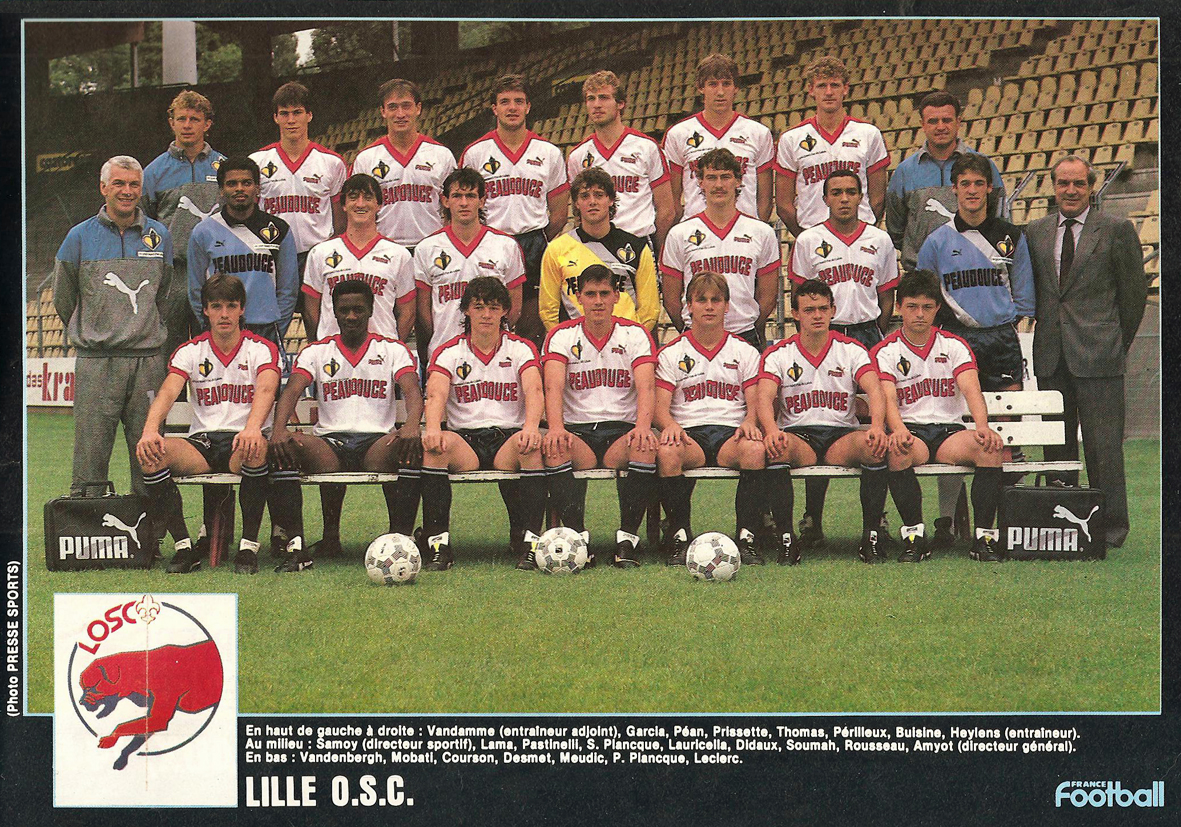 So that’s Lille and by jove we have to beat them, lest we go into the final game sweating on qualification which you know full well we’ll somehow conspire to mess up. Later rounds of the Europa League should see some ace teams and genuine excitement at bringing them to our arl stadium, so I hope we are still there or thereabouts when it happens. Why you passing the ball that hard to Distin, Jack lad? Oh you’re joking. F off Everton.

We got to pick up European experience, as we’re a bit wet behind the ears apparently, so I can’t be too smug. For example did you know that if you play away in Europe and field a weakened side but only get beat one nil then it’s multiplied by your apparent low net spend before being entered, on a league par system, into your group as a massive massive win.

That’s right blues, so pipe down and just stare at the fit husky voiced exotic ladies clinging to the arm of male European football fans walking down City Road. 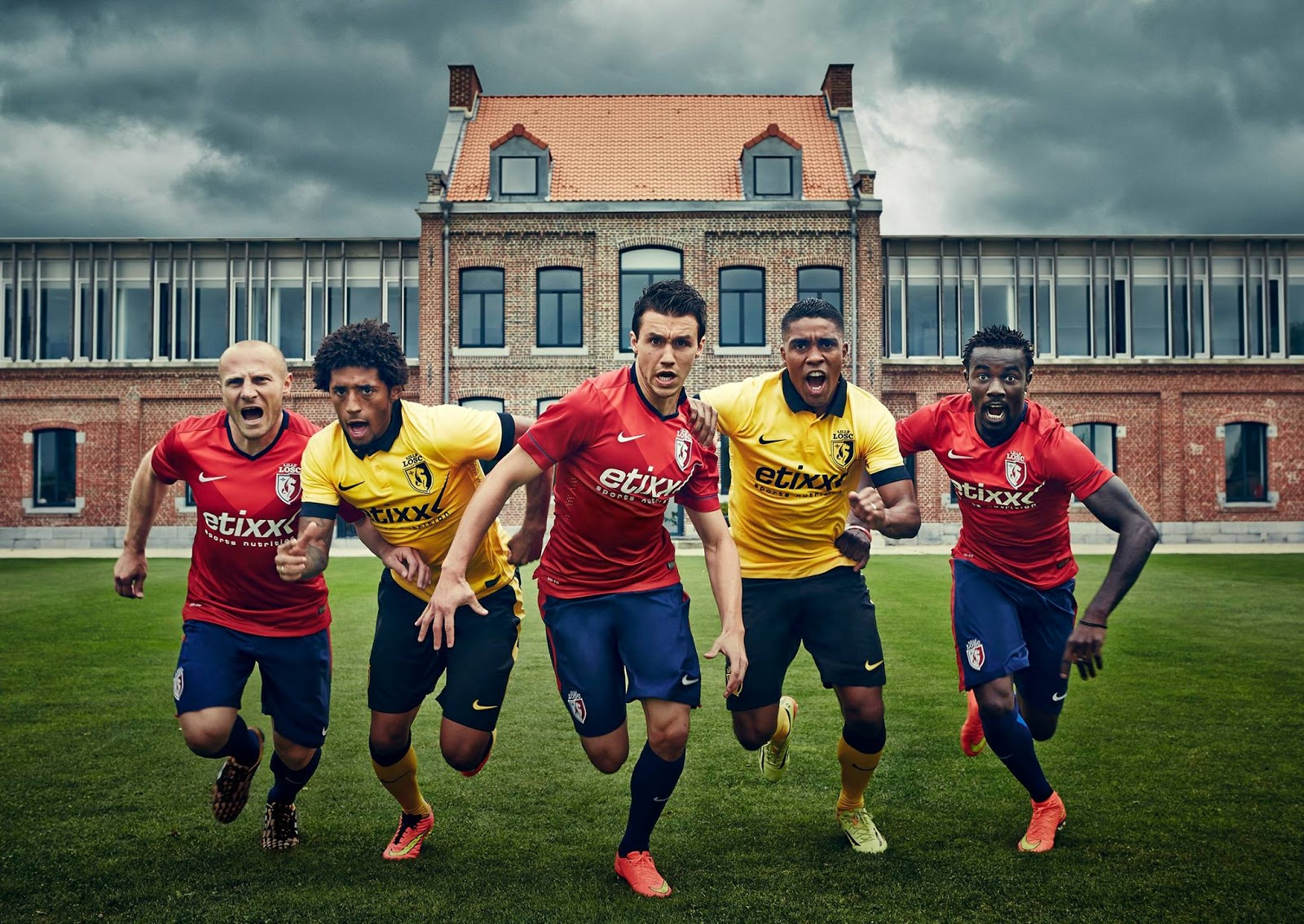 Lukaku has played since the start of the season and grand leader Martinez has just declared him fit on bommy night, that’s a relief. I can’t keep track of all the philosophies and mind games that are apparently swirling round the modern game but really it’s fine to be out of form for a bit, it’s human like. Especially when you are still scoring goals. But I hope the other parts of his game click soon as we’ve spunked a load of wedge and I want it to make the difference.

We need to have a chat about playing players in the wrong positions to try and fit as much aceness on the pitch at once. I very much like the prospect of Lukaku, Eto’o, Barkleberry and Naismith (YES, Naismith) on the pitch at the same time doing all sorts of harm to the oppositions defence and goalkeeper. But Eto’o isn’t a right winger, and Lukaku isn’t a winger either. Barkley certainly isn’t meant to play wide left. It’s a nice sentiment but boss pizzas can be simple things that just taste wonderful. Unless you’re stoned at 2am on a Saturday morning you certainly don’t put ten toppings on a pizza as it’s pure overload. Don’t overload the pizza Martinez, and I include stuffed crusts in that. Hotdog crusts though? Agog. Anyway it’s nice to have these options so just pick a few of them and save the others to come on when the opposition is tired or Lille are two nil up and the Gwladys Street can barely contain it’s collective contempt. Substitution for Everton, number 21 Leon Osman (BOOOOOoooooOOOOOoooOOO) is replaced by number 5 Samuel Eto’o (sort it out Sammy lad). This is a mock representation and not necessarily personal held views.

But it may be.

Really don’t know who he’ll start in midfield. McCarthy and Barry seem the golden two but Besic is getting more and more comfortable as each game passes. Lest we forget Darron Gibson too.

Defence is where the anxieties of many of you are working overtime. Alcaraz was apparently useless until a couple of weeks ago but his acute shoulder destruction has devastated the eminent positivity of lots of you. Was he crying when walked off the pitch or was my stream that bad? There’s calls for Tyias Browning and his supergrock thighs to come in and stake his claim. There’s been fretting over letting Shane Duffy go akin to Alan Ball being sold to Arsenal. And there’s all sorts of rumours about Distin and Martinez having a tizz over something or other, compounded by the cruel and lazy stereotyping of the French being a bit sulky. Who knows?

Let’s not sweat it until our defence is leaking as bad as if we’d just spent the best part of seventy million on it. Then it’s time to really worry. And relax anyway, we got Leighton Baines and Seamus Coleman sexing the sides, like the KY jelly that you find your bird’s toiletry bag and frown at never seeing it before. And Tim Howard as the contraceptive cap that is defective if you slam it from too far out.

You best beat these Everton.