zebedee said:
I see where your coming in terms of stamina. I went to see on business the developers who write the software and own the rights to the vests worn during training.

My days the stats are something else. Doing 100 percentage bursts are not same however as the above and requires another type of stamina all together which pro footballers require.

Covering miles and miles during 90 minutes I salute them. Injury's are going to happen end of but it's down to the medical and fitness coaches to ensure a proper warm down and close monitoring especially after match days

Without wanting to defend all of our players as some aren't at peak fitness, this was what immediately came to mind: explosive sprints; rapid changes of direction.

Personally, I can happily cover the distance that most footballers cover in 90 minutes, yet a relatively short sprint at full power will quite quickly deplete my energy.

I've felt more exhausted after a slightly over five minute full-pelt run, with some contact at the end, than I have after an hour run at a good pace - it's different.

Players have to train their bodies to be able to have the stamina to run for an entire match and still be able to sprint, tackle and challenge for short periods of time.

Saying that however, I do know the physical fitness in other sports (hokey, athletics etc.) is much greater than some of the so called athletes in our sport.

I think there is still a fair way to go with some players, and those small gains could/are the difference between wining and not.

Came in for Carlo chat and we are on about hiking, Is he an absolute boss at mountaineering too? The man has no bounds.
S

GylfiFerguson said:
Okay I'm pretty new around here and I didn't realise we weren't allowed to compare other sports to football when trying to establish whether the majority of footballers are absolute lightweights or not.
Click to expand...

Don't worry, the norm is if Nymzee has a pop at you, just ignore it.

jazzy said:
It will be very interesting to see how he sets the team up and who fills what positions.

The perceived wisdom appears to be that he plays 4-4-2 with a diamond in midfield.

If that's correct then based on who is currently available I'd expect him to go with something like ;


Wonder how long it will be before he realises that we need at least 1 centre half , all 4 of that midfield are nowhere near good enough and that DCL for all his athleticism and work ethic just isn't the answer ?
Click to expand...

Yep, totally agree. Being the type of bloke he is,I’d place a little bet on it that he already knows. He’s allegedly watched Everton’s last 4 matches. He needn’t have watched 4......the last one made it abundantly clear.

GylfiFerguson said:
I was using Spain as an example.

I've hill walked all over Europe but mainly in the UK for 15 - 20 years so I'm probably in a good position to compare a prolonged period of that activity to football. You do realise that hills/mountains go up the way and are often covered in large rocks and dirt tracks with 100m drops all over the place whereas football pitches are perfectly flat and are manicured to an extent that even Jordan's lady parts would be jealous right?

In fact I'm probably a poor example. I know mountain leaders in Scotland who go up and down this and similar for 6 hours a day every day for months on end in the summer. Not only do they have to care about themselves but they also have to worry about their clients lives which I'm sure is pretty demanding. They are often on not far off minimum wage and often do this for their whole career from 18 to the age of 50+.

I've never heard of one of them complaining or under performing due to being "tired"... 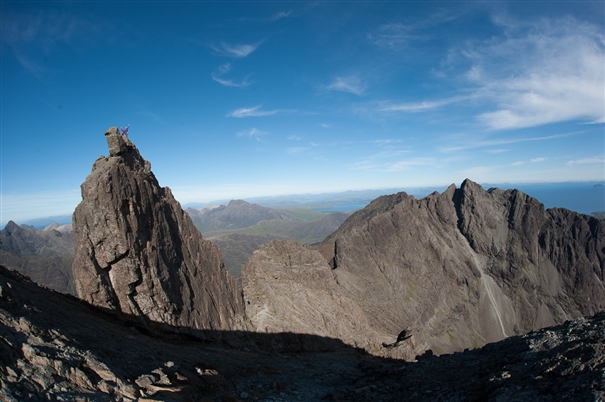 I'm not calling footballers pampered #[email protected]&%*! but I'm not not calling them that either...
Click to expand...

They're not doing it at an elite level against other elite level guides at a full sprint whilst twisting, jumping, changing direction and getting kicked, though are they?

PhilM said:
I do know the physical fitness in other sports (hokey, athletics etc.)
Click to expand...

Not much energy required to put your left leg in
S

PhilM said:
Saying that however, I do know the physical fitness in other sports (hokey, athletics etc.) is much greater than some of the so called athletes in our sport.
Click to expand...

This is only ever one limb in or out at a time it is really not that difficult.

The difference in ancelotti appointment is with all are previous managers Martinez silva moyes is all of them have had to sell themselves to Everton and us taking a chance on them .With ancelotti Everton have had to sell the club to him because he's a top draw manger who's managed elite clubs let's be happy with this and who knows we're it could take us COYB

Geebawn said:
Not much energy required to put your left leg in
Click to expand...

Be fair you're gonna have to take it out again... maybe even shake it all about

Shevin Keedy said:
This is only ever one limb in or out at a time it is really not that difficult.
Click to expand...

It's what it's all about, though

Toast said:
I've now got The Proclaimers 500 miles in my head.

Hardly relevant here unless it’s up and down hills though

Our squad needs a lot of running up and down hills and Carlo is just the man.

wba83 said:
The difference in ancelotti appointment is with all are previous managers Martinez silva moyes is all of them have had to sell themselves to Everton and us taking a chance on them .With ancelotti Everton have had to sell the club to him because he's a top draw manger who's managed elite clubs let's be happy with this and who knows we're it could take us COYB
Click to expand...

Spot on assessment that

Forum Supporter
I’m loving the fact that some lads who’ve played amateur footy in the Business Houses and done a bit of hill walking, know more about the fitness training and conditioning of Premier League players, than a sports scientist with a PHD