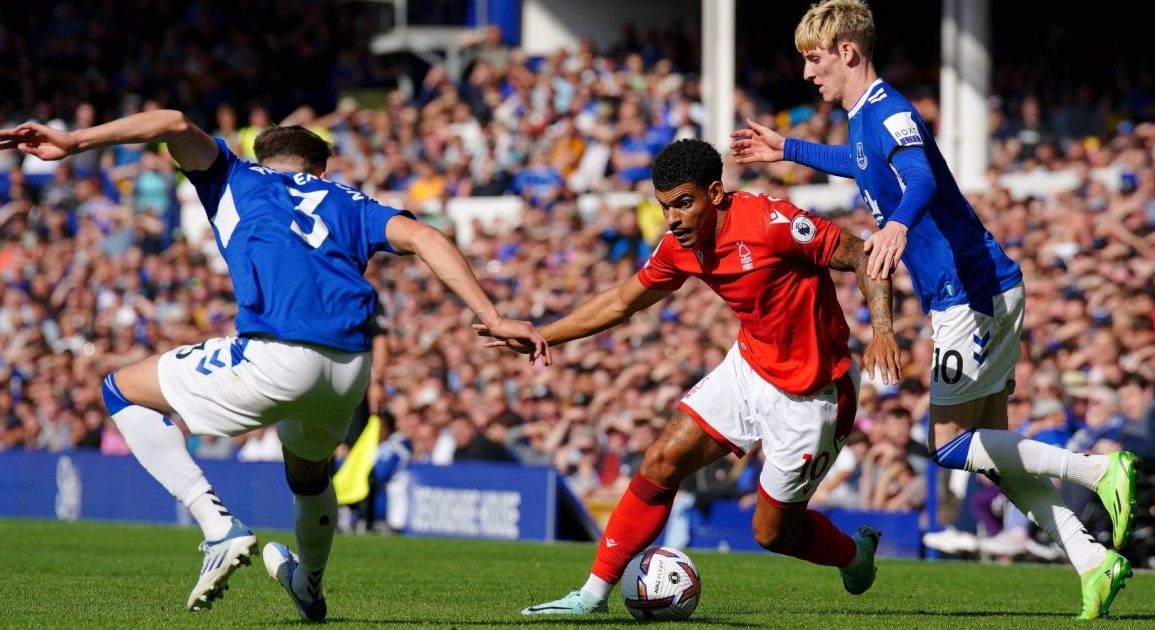 Your August Everton Player of the Month

After a little over two months off, we’re back at it and the fixture scheduling served up six games in the opening month of the season, five in the Premier League and the opening round of the Carabao Cup.

With transfer business ongoing and in the wake of the sale in June of Richarlison to Tottenham in order to comply with the Profit and Sustainability Rules Everton, after a disappointing pre-season in terms of result from their visit to the United States, opened the season with a visit to Goodison on Chelsea. It would probably be fair to suggest that with no recognised striker to call upon given a pre-season injury to Dominic Calvert-Lewin, the Blues were hardly equipped to overly trouble the London outfit, and the loss of both Ben Godfrey and Yerry Mina to injury were further early setbacks for Frank Lampard and the squad to cope with. But Chelsea didn’t appear equipped to rip up trees either, and it a took a penalty late in the first half to settle the outcome in their favour.

Aston Villa away was next on the calendar and despite a late flurry that saw former Blue Lucas Digne put through his own goal and a couple of late chances for new signing Amadou Onana and Salomon Rondon fail to find the net, the Blues went down disappointingly to the hosts, and the cry for a striker to be signed became a clamour.

Newly promoted Nottingham Forest were next to Goodison and after absorbing a bright start from Everton, the visitors with a host of new signings on offer settled and made the game a fairly even contest until things burst into life in the final ten minutes. Jordan Pickford could only parry a strong shot from Yates and Johnson pounced to put the loose ball away. Everton dug in and fought back to equalise in the 88th minute with Route One strike. Holgate played the ball back to Pickford and his long punt downfield saw Demarai Gray escape the attention of his marker and he coolly slotted home to earn the Blues our first point.

A short bus ride to the Fylde coast saw Everton take on Fleetwood Town in the Carabao Cup and despite a spirited effort from the Cod Army, the Blues progressed to the third round draw courtesy of his second goal of the season for Demarai Gray after Dwight McNeil had latched into a mistake and fed Alex Iwobi who pierced the home defence with a fine pass for Gray to run onto and beat the onrushing ‘keeper.

Premier League action then took the Blues on the road, firstly to Brentford on the Saturday before a Leeds on the Tuesday. Both games ended in 1-1 draws with remarkably similar goals, both scored with some aplomb by Anthony Gordon. The opener at Brentford came as Gordon was found by a great diagonal ball from Conor Coady with Gordon taking just one touch before sliding a precise finish past the goalie and inside the far post. Everton were good value for the half time lead as Brentford wasted decent chances and hit the woodwork. The second half saw Brentford much more aggressive in their play and they got their equalised inside the final ten minutes as the problem from last season for Everton reared its ugly head again, a failure to adequately defend a corner. Elland Road has never been a massively fruitful hunting ground for the Boys in Blue but as at Brentford, the Blues struck first, as McNeil found Alex Iwobi and a terrific through ball played Anthony Gordon into space for a first time finish through the legs of Meslier in the 18th minute. Leeds and in particular their head coach Jesse Marsch began to whine like stuck pigs as Everton slowed things down, Marsch bleating about time-wasting – claims that were subsequently rubbished. However, as at Brentford, Everton were unable to keep their hosts at bay and ten minutes into the second half, drew level as a shot from distance by Sinisterra inside the near post caught JP slightly off guard expecting it to go far post. Honours even after ninety minutes and three points from three draws and two losses saw out the first month of the season.

The transfer deadline came and went with the squad further strengthened by the additions of Neal Maupay from Brighton, James Garner from Manchester United and the return to Goodison of Idrissa Gana Gueye from Paris St.Germain. There were also departures on loan deals as Dele Alli moved to Besiktas in Turkey, Neils Nkounkou went to Cardiff City, the promising Lewis Warrington went to Fleetwood and on deadline day itself, Andre Gomes took the opportunity to play regular first team football with Lille in France.

With injuries also suffered by Abdoulaye Doucoure in the game at Aston Villa and Mason Holgate at Brentford, Frank Lampard had to be astute in the use of his available players throughout the month but, the switch from five at the back to a more conventional four seemed to work and the overall team effort improved markedly at both Brentford and Leeds. In all, twenty-four players pulled on the Everton shirt through August with five appearing in all six games with just Alex Iwobi playing every available minute.

To the individual Man of the Match vote winners and a tight, two-horse race saw James Tarkowski narrowly edge out Alex Iwobi for the Chelsea game before the vastly improved under Frank Lampard Nigerian won the next three MotM votes for the Villa, Forest and Fleetwood games with crushing victories. Anthony Gordon won the vote for the Brentford game before the fast becoming a fan favourite Nathan Patterson won for his performance at Leeds that would have been capped gloriously if he’d bagged the winner with a late chance.

As we always say, GrandOldTeam.com takes great pride in offering (hopefully) the quickest match report service and we encourage all Blues, everywhere to sign up to the forum and vote in our Man of the Match polls. Every vote goes towards these Player of the Month awards and the ultimate accolade at seasons end, the awarding of the GrandOldTeam.com Player of the Season accolade.

Self promotion out of the way, let’s get to the final standings from the voting and in third place was a young man whose services we were delighted to retain despite many stories of him being wanted elsewhere – Anthony Gordon.

Taking second place on the August podium after taking his chance with both hands and creating an excellent impression – Nathan Patterson.

But our winner with an absolute avalanche of votes fully deserved after a quite remarkable turnaround in his form under Frank Lampard, with over 46% of the total votes cast, it gives us great pleasure to declare the GrandOldTeam.com Player of the Month for August – Alex Iwobi.