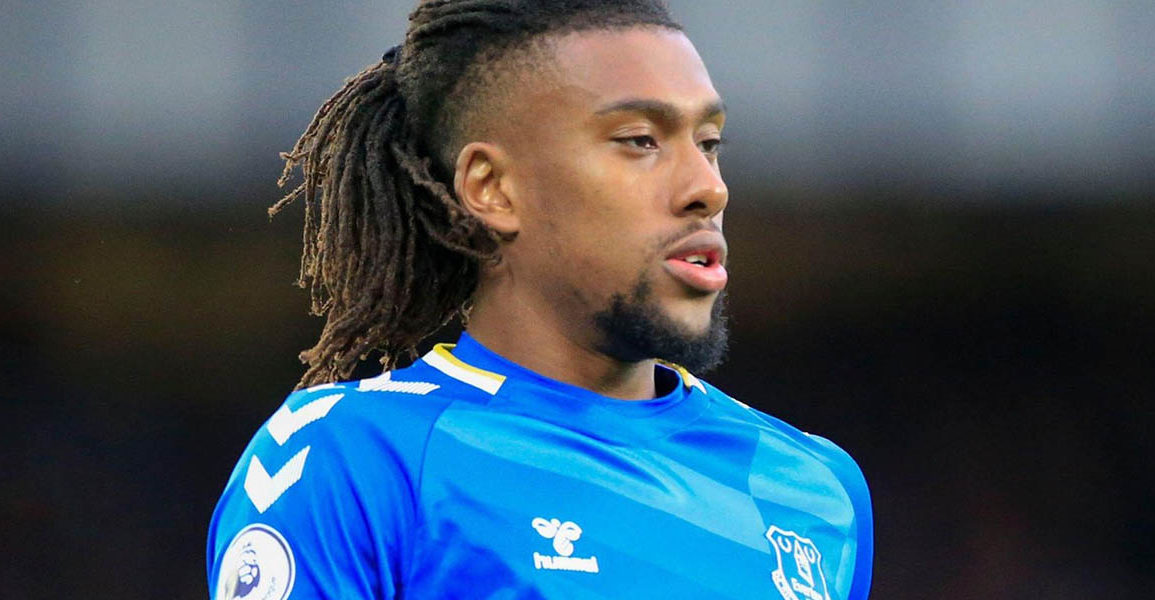 Alex Iwobi has spoke out on how the support he’s being shown by Evertonians for his effort has boosted his confidence and removed a fear of making mistakes.

The midfielder has been revitalised under Frank Lampard, which many attribute to an increased work ethic.

The 25-year-old covered a total of 11.5 kilometres and made 26 sprints, according to stats shown on BBC Match of the Day, which were both game-highs, as the Toffees pulled out a vital 1-0 win over the visitors from Old Trafford.

Speaking to evertonfc.tv about that match, Alex Iwobi said:  “I was doing all right but then played a sloppy pass. The fans clapped the pass because they saw the intent. It was the first time that had happened for ages.

“To hear that change in environment, I felt, ‘Wow, that is kind of nice – as long as you are giving 100 per cent, if it doesn’t come off, they will stay behind you’.

“That support removes the fear of making mistakes, you are prepared to try things on the ball.

“I feel much more confident. My friends tell me about the positive comments and the fans singing my name, and my dad is always looking on social media to make sure everything is good.

“Previously, my friends would be in the car home from games talking about hearing different things.

“But I’ve had a run in the team and feel I can influence the game a lot more, especially in this position.

“My main concern is what I’m doing for my teammates and the manager and staff.

“’Am I working hard for them? Are they happy with what I’m giving?’

“But, of course, it is nice to hear about the praise.

“My first couple of years here weren’t the greatest but this is my best period at Everton,” said Iwobi.

“I want to use it as a platform to kick on and make more positive memories with this club.

“I want to win something with Everton – and do my best for the Club.

“But my focus now is on these six ‘cup finals’, then we can think about next season.