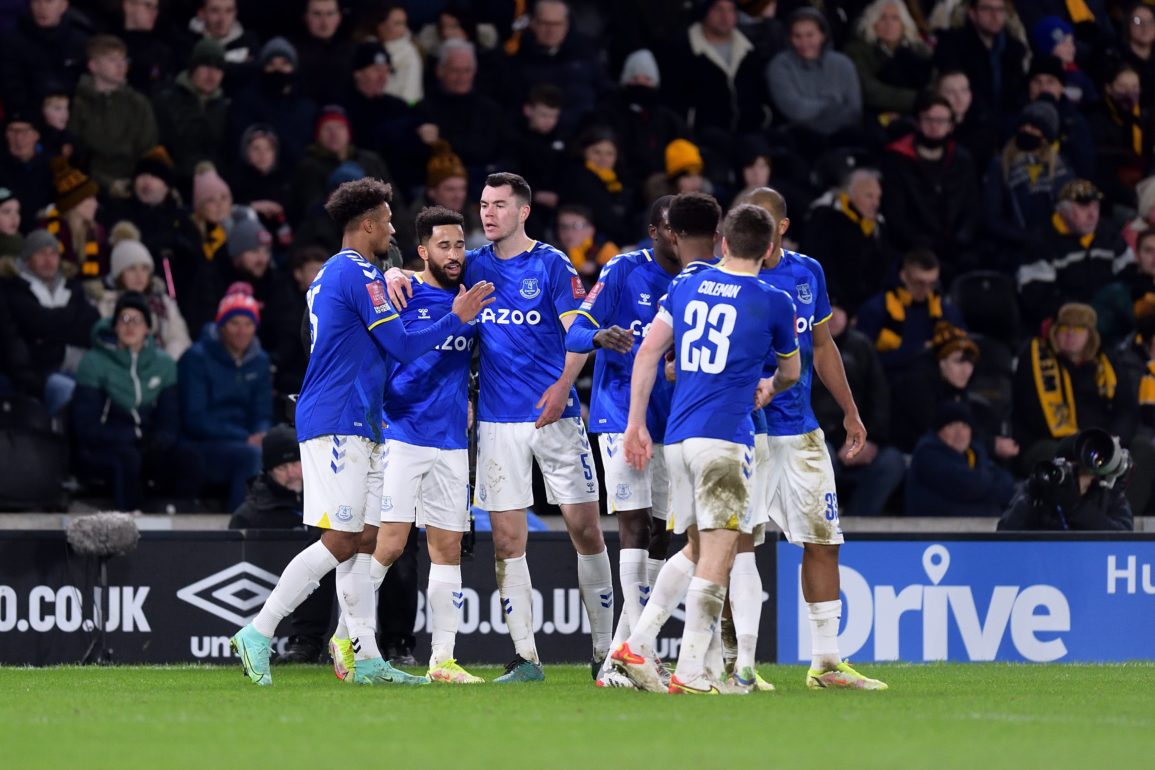 Well that was a January we’re not likely to forget in a hurry eh, or would we rather expunge vast tracts of it from our collective memory banks?

Five games were scheduled, only four played as the re-arranged from December home fixture against Leicester was postponed again due to them allegedly being short of players due to Covid, injuries, and absentees to the African Cup of Nations and just about any other excuse they could muster to avoid having to take on the might of a struggling for form Everton oh yeah… affected by Covid, injuries and absentees to the very same African Cup of Nations… kinda makes you wonder a bit eh?

Anyway enough of a weak attempt at ironic humour, we began the New Year looking to complete a Premier League double over Brighton only to get our backsides kicked by Graham Potters well organised, combative and determined to take their first ever win from Goodison. After an atrocious first half in which the Blues gifted the visitors a two goal lead, Anthony Gordon led the fightback with a brace of goals that were sadly interrupted by a MacAllister firing home his second of the game to seal the away win.

A visit to East Yorkshire and Hull City in the FA Cup saw our heroes cough up a two-goal lead provided by Demarai Gray and a rare strike from Andre Gomes and need extra time and a corker from substitute Andros Townsend to ease into the draw for the fourth round. That makes it sound somewhat simpler than it actually was as Asmir Begovic was equally important with a couple of crucial saves, the best of which came in extra time to avoid the ignominy of a penalty shootout… as we all know how they usually end up going.

With the Leicester game postponed, Everton had a full week to prepare for the trip to bottom of the table Norwich City and yes you remember it well, another chaotic opening twenty minutes from Everton saw the Canaries gain an unexpected (by them) two goal advantage and set the Blues another mountain to climb… who’d have thought it, mountains in flat as a pancake East Anglia. Our favourite Brazilian Richarlison came on as a second half substitute for the hapless Salomon Rondon and he produced a moment of magic with a superb overhead bicycle kick to reduce the arrears but, it wasn’t enough to spur the Blues on to salvage a point.

With the thirteen Premier League games since Everton beat Norwich at Goodison back at the end of September, and only a meagre six points gained from a possible thirty-nine, and the Blues having slipped down the table to rest rather too closely to the dreaded bottom three, it was time for the club to act and act they did. To the delight of many, not all, but many, many Evertonians, the club called time on the managership tenure of Senor Benitez and the usual ‘exhaustive’ search for the next new manager – the sixth permanent (if there is such a thing) manager of the Farhad Moshiri era – to steer the good ship Everton away from the turbulent waters of the bottom of the table began.

Former caretaker manager Duncan Ferguson took on the role again for the visit of Aston Villa to Goodison, a Villa side managed by an arch nemesis in Steven Gerrard who Ferguson once described as a weasel. Ferguson mystified many inside Goodison with his team selection and formation, and despite no shortage of effort and endeavour from the players, the lack of quality in much of the play was clear to see. And almost inevitably, former Blues left back Lucas Digne returned quickly to Goodison following his transfer to the Birmingham outfit to take the corner that saw Buendia, the one truly classy looking player on the pitch, steer home a late first half header. The less said about the bottle throwing incident that followed the goal the better, suffice to say that at least one idiot will now no longer be allowed into or welcome at Goodison Park again.

Five games scheduled, only four played, three league defeats – nil pwan as they say in Eurovision – and a narrow victory passage through to the fourth round of the FA Cup was the nett result of the Blues endeavours in one of the most tumultuous months in the clubs long and proud history.

The Man of the Match polls were again, considering the paucity of the play, well supported with Anthony Gordon registering a crushing victory for his two-goal showing in the defeat by Brighton. The FA Cup victory over Hull City saw Demarai Gray win almost as emphatic a poll result, while his substitute appearance and stunning goal at Carrow Road saw Richarlison claim the honours against Norwich. The Villa game poll saw Anthony Gordon again take the plaudits, his growing influence on games clearly impressing you, the voting Evertonians.

With the polling results verified by the Electoral Commission – ‘er indoors – it’s on to the podium placings… and in third place is the seemingly always photographed in club attire… Richarlison.

In second place and maintaining his ever-present position in the monthly top three is… Demarai Gray.

With an astonishing 42.8% of the total votes cast, the drum roll and opening of the golden envelope reveals that the GrandOldTeam.com Player of the Month for January and fully deserving of his first top of the podium placing goes to… Anthony Gordon.