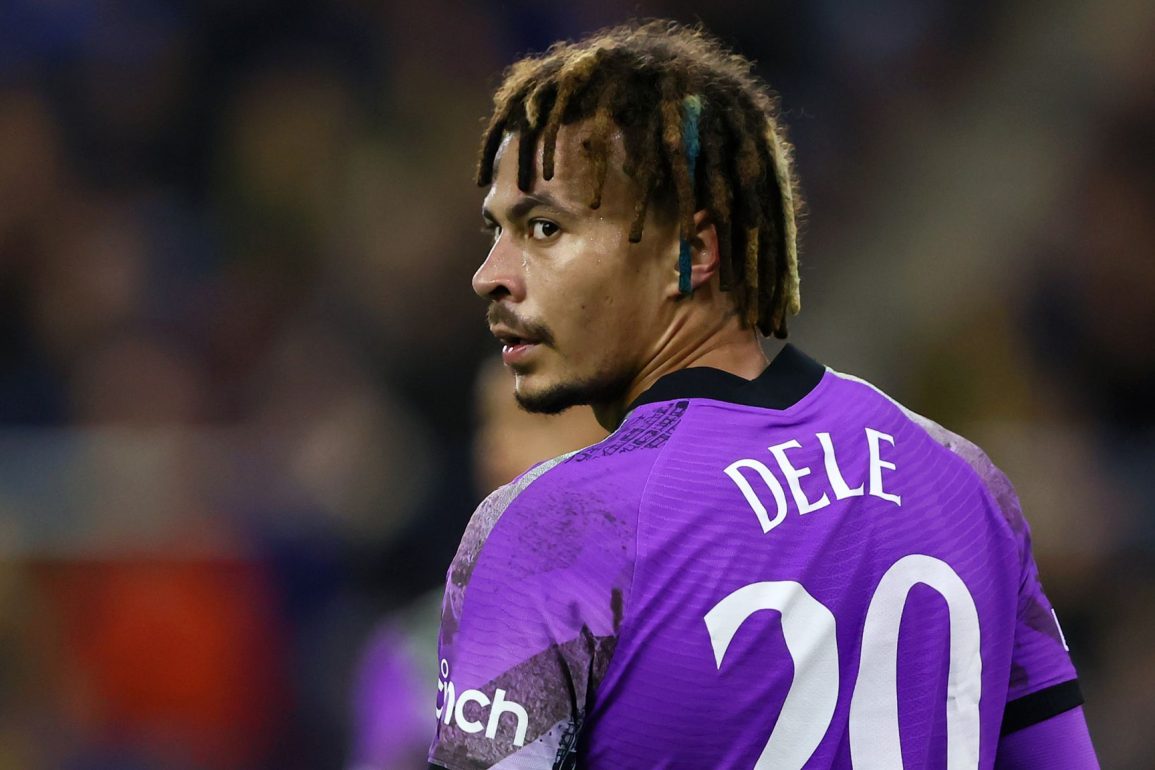 Everton In For Dele Alli

Everton want to sign Dele Alli, according to reports.

talkSPORT claim both Everton and Crystal Palace are battling it out to sign the 25-year-old, with The Athletic believing La Liga side Valencia to also retain an interest and Gazzetta dello Sport reporting AC Milan interest.

Alli burst onto the scene at Spurs following his move from League One side MK Dons in 2015. Under Mauricio Pochettino and alongside the likes of Christian Eriksen, Harry Kane and Son Heung-min, Alli was a key component in Tottenham‘s resurgence as Premier League title contenders and Champions League finalists.

He was involved in 44 Premier League goals for Tottenham in his first two seasons with the club, 28 as scorer and 16 as a provider.

Since Pochettino departed, nothing has gone right for the 25-year-old in the last two or three years – from the boy that had the world at his feet as he returned home from England’s euphoric run to the World Cup semi-final in 2018 to warming the Tottenham bench under three separate managers.

“He’s a great talent, someone somewhere, and Dele Alli also, needs to get him back on track. There’s a great player in there somewhere.”