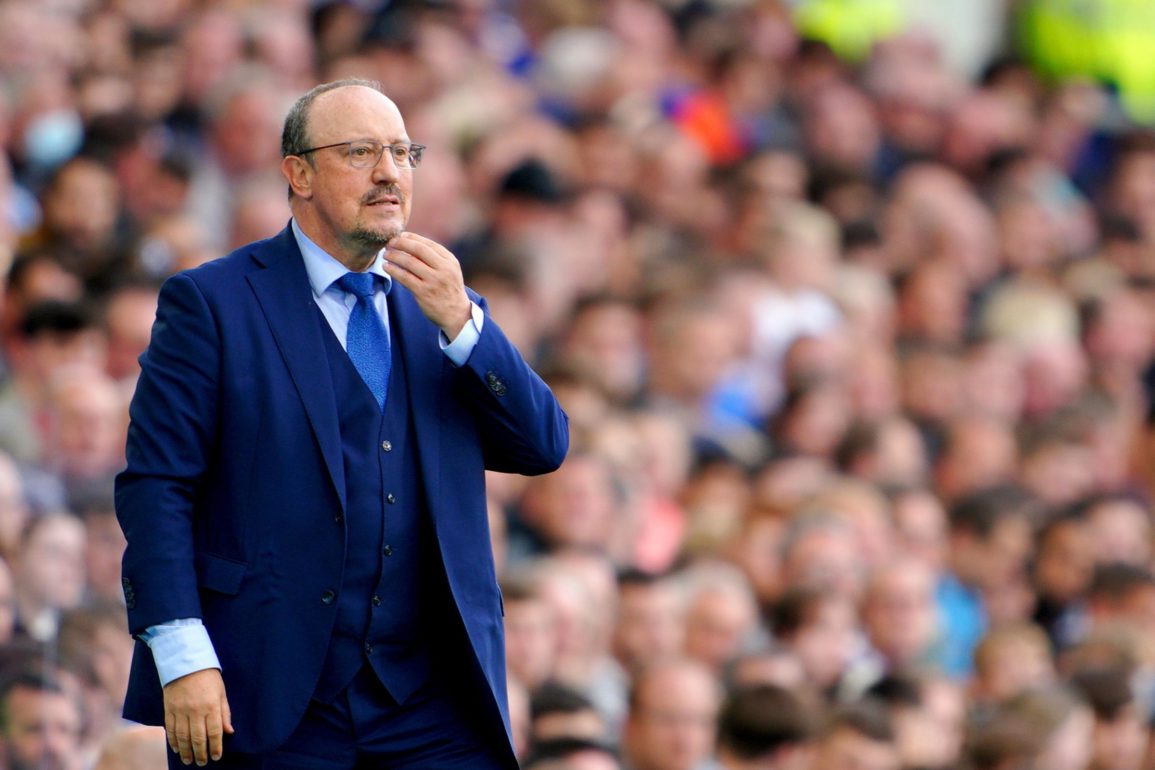 Where do we go from here?

Everton remind me of plenty of films. Groundhog Day, The Truman Show, Brewster’s Millions, Eternal Sunshine of the Spotless Mind, Brazil, but they only remind me of one song…

It’s 1994. I see Radiohead’s album “The Bends” in uncle Paul’s cd collection. Uncle Paul was cool. He wasn’t a blood relative, he was my aunt’s husband. But that made him even cooler.

A few years later I bought that album myself. Sight unseen. Sound unheard. I knew it was good. Uncle Paul had a copy. It had to be, and it was. The titular track is pure Everton, and its first line always makes me think of my Everton:

Where do we go from here?

Two months after the Bends was released, Everton won the FA Cup. My dad, who’d spent the entire nail biting 90 minutes of Everton Wimbledon nervously mowing the lawn, opted to skip the FA Cup final too. His support of his beloved Everton reminded me of nervy George McFly…

Watch Everton get smashed by Man Utd at Wembley? I… I… I… Just don’t think I could take that kind of rejection.

Instead of Wembley, we watched from dad’s flat. Me and my sister sat there, totally stunned. When Rideout scored. I don’t think I even cheered. We were both shocked.

My Everton were different from his. His were the Merseyside Millionaires and Alan Ball. Mine were the Dogs of War and Barry Horne. I’ve always known we had an illustrious history, but for going on 27 years nothing has happened. Over to you Radiohead:

I wish it was the 60s
I wish I could be happy
I wish, I wish
I wish that something would happen.

In those years since we last won something, the earth has moved on and warmed up. Kids. Weddings. We’re now ahead of the future from Back to the Future. And still nothing.

Even after spending half a billion on players, we’re still wishing that something would happen. At least when we were skint we could dream. All we needed was a sugar daddy… Well we have the money now and still can’t shift the needle.

The problem with the 27 minute walkout was that there wasn’t one single focus. Because pretty much everyone is to blame, responsibility was spread too thin. Mismanagement is in our marrow, but it’s never been catastrophic. We haven’t done a Leeds and gone bankrupt, we haven’t tumbled down the divisions after going into free-fall, we haven’t even been relegated, we’ve just been there, and that’s the crisis. The battle for 7th place is even jokingly called “the Everton Cup”…

Where do we even start with Everton? We’re not going down (promise), but the spine chilling fear of being relegated prompts swift, rash changes. This is why we got Allardyce, to steer us clear of potential catastrophic shipwreck.

Would relegation even be that bad? This spectre that follows us around, might actually help, allow us to regroup… My dad would always console the mid-90’s me, stricken with “We’re Going Down” fever by saying,

Well, at least we get to compete for the original championship trophy…

Is getting rid of Rafa a good thing? In the Mount Rushmore of who to blame for the 27 years no trophy famine, Rafa Benítez won’t have his face carved in stone. But, clearly, he’s still disliked for what he represents. Rafa needs to string more than one win together (he’s already shown he can string together defeats.)

Yes, he’s qualified. Yes, he had almost zero money to spend in the summer (and brought in Demarai Gray for next to nothing, who is having his most productive season of his career…) Yes, we’ve had injuries galore. No, we’re not going down (promise). Yes, players should respect their manager – and I support him standing up to anyone who doesn’t…

And yes, YES, it’s ridiculous how many managers we’ve blown through since Moyes left. We’ve brought in Martinez (too positive, too attacking), Unsworth (too green), Koeman (too negative, too strict), Allardyce (not our type of football), Silva (lost the changing room), Ferguson (too green), Ancelotti (ditched us at the first opportunity), and now Benitez…

Against Arsenal, Rafa was lucky. Nketia, Godfrey, VAR, Aubameyang at the end – could have ALL changed the result but for a few millimeters, pixels, shorter toenails. At least we showed heart though…

Against Palace we were utterly limp and decaffeinated, but even though we were outplayed for pretty much the entire 90 minutes – the score could just as easily have been 2-2 as 3-1. Our first two goals were utterly avoidable, especially Gray’s weird looping lay off back into our own area. And had Gordon scored his very presentable chance, we could have stolen a point…

But it’s not really about any of that with Rafa Benítez, is it?

The problem, the immovable issue that won’t be fixed by points or trophies or nice soundbites or “getting” the club is a simple one… He’s Liverpool. As Liverpool as Howard Kendall is Everton. As red as they come. We all knew the moment things turned south, the knives would be sharpened. And what use is a manager who isn’t supported?

In as complex a situation as Everton Football Club, perhaps the best first step should be doing the obvious thing: removing the man inextricably linked to Liverpool Football Club.

This is a short term issue though, and hardly a fix to the utter mess that is Everton. We’ll still be sh*te if Rafa leaves tomorrow. How about looking to our owner, Farhad Moshiri? He’s pumped 500million pounds into the club and got us nowhere. He’s bought players himself, notably the horror show that is Alex Iwobi, he’s appointed disasterous managers, and he’s shown us that even when it comes to glib one-liners he knows nothing about this club.

Football is about crisis one day and glory the following day.

We’ve been waiting almost 27 years for that “glory”.

I just wish that something would happen.