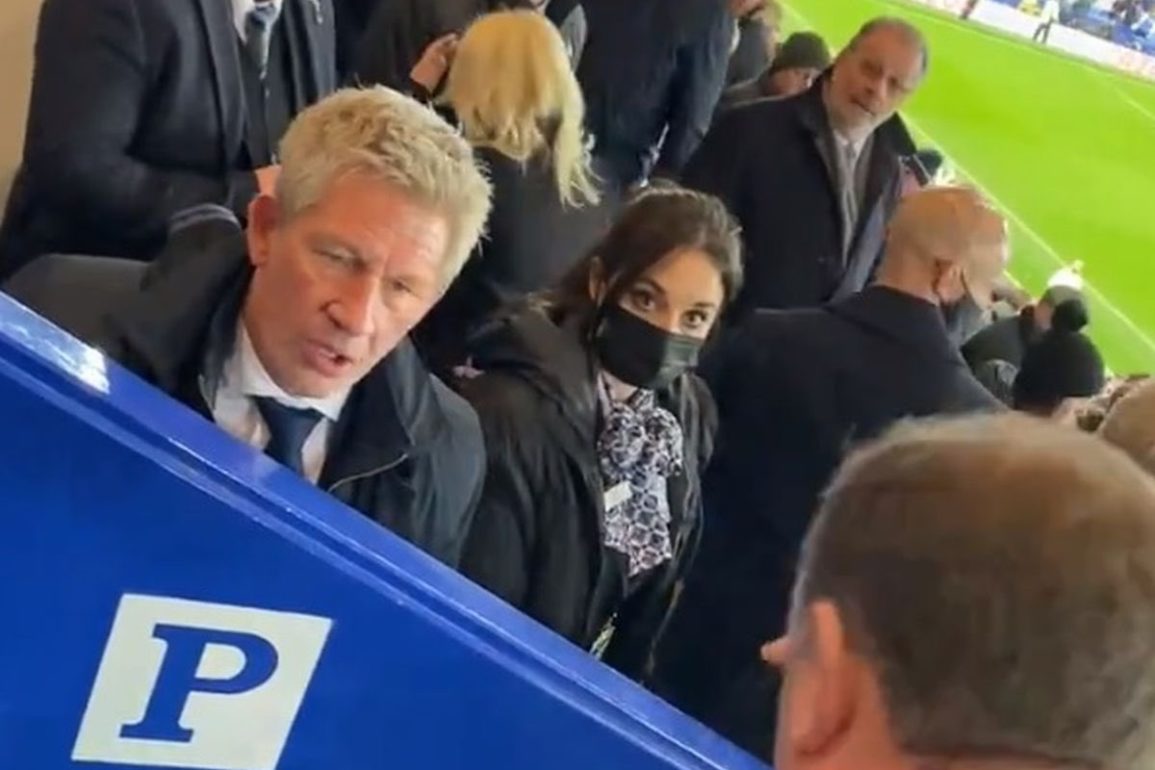 The first robin in your garden, festive tunes on the radio, ordering the turkey, finalising presents, a damaging derby defeat, calls to give it to Duncan until the end of the season. Ah, so December has arrived.

While most humans find comfort in familiarity and patterns, and many in the season of goodwill, it’s just very Everton really that such things plague the sons and daughters of St Domingo. This is right after a nice start to the season rose expectations sufficiently to CRUSH them with added sting, yet again. The persecution complex that Evertonians carry round is well founded and the most common way of dealing with it is through the medium of gallows humour and downright hating your club in a way even rivals simply cannot reach.

For Everton are a lesson in futility, a time and cost expensive weekend hobby that yields little return, they’re the appendix of the body, Everton are the g in lasagna, the rubber pipe hanging from a Ford Capri back bumper. And yet here you are, trying to make sense of why you body flop off the highest board every weekend and then choose to do it again next week.

The derby went as expected really considering that the gap between both clubs is as wide as it’s been for quite some time. Rivalry aside it can’t be healthy having Liverpool as a footballing reference point right now until we cure our sickness. There was a brief rally of about 15 to 20 minutes until the captain of Everton represented what we do best in the face of opportunity, pass it to the seventh best player in the world who duly turned the lights off on our hope. It’s a chronic condition this Evertonianism thing with no known cure, whoever comes along and fixes it deserves our eternal kudos because fuck me it’s getting boring now.

Which leads you into a quandary, what do you choose? Apathy or protest? Some of us will remember the long drawn out of apathy on the path between being champions in 1987 and fighting a last day relegation battle in 1994, a period where crowds dwindled and habit rather than hope filled seats at Goodison. It was a seven year itch which sapped the life out of even the best of us. The Wimbledon game woke Everton from their slumber as many remembered how much was at stake. Crowds surged the following year again and an FA Cup arrived. That seven year period seemed to go on forever, and yet is just one more year than the time Moshiri has been the main man at Everton. I sense a similar swell in apathy, if not as a defence mechanism then as just time served Evertonianism.

Some of ours refute the apathy and have got together to form a 27 minute protest this Monday evening at Goodison, which apart from the bit about showing your feet (presumably a ploy to gain media support from Paul Scholes) is pretty clear on what they’re about to do and what they’re aiming to achieve. Only on the evening will we see if this is another social media thing or a genuine reflection of mass Evertonian sentiment. As a community we’re a functioning if chaotic democracy so I’ve not seen anyone claim to be speaking on behalf of everyone, yet as with most things in these polarised days you’re meant to be either for or against but we’re all after similar outcomes really. This leaving my seat wouldn’t probably be my thing as an avowed nihilistic blue, but I empathise with how others are feeling so in my head there won’t be an imaginary picket line at the end of the seat rows for those crossing the threshold. Moshiri has shown before he is reactive to fan feeling so if this in some way provokes a latest line in the sand that Evertonians are sick of the continual mismanagement of our product on the pitch then go head give it a whirl. If the early nineties apathy I detailed above didn’t serve us well then who knows it might even be timely. Anyway, who gives a fuck what I think, you just be you chief.

Hot off the press that’s Marcel Brands gone. Three and a half years since the blazer and ripped jeans guru entered and months after signing a new contract. In that time there’s been a restructuring of the youth teams and the type of signings we’d been hoping for much better from, coupled with much failure on the field with Managers coming and going without any making a mark. Whether that shows accountability or Moshiri throwing under the bus we will find out but considering his remit Brands can have little complaint. Now for the wider implications like restructure. Will this be a Benitez power play to take control of recruitment? Leverage might not be so good with the team sat where there are and his position potentially perilous. But it’s a start.

Onto Monday’s night visitors then which is a sort of resurgent Arsenal, back from the dead earlier in the season and looking up the table rather than down, a bouncebackability in the realms of transcendentalism that the Rafalution must covet, if you permit my nonsensical ramblings. Managerial existence can fluctuate in the Premier League but for the time being the best little Spaniard we knew is on steady ground. Let’s not beat around the bush on this I hope he gets roundhoused in the tunnel for grabbing his badge after scoring against us for Arsenal and committing the cardinal sin of kicking off against Leighton Baines. No need to embellish that further really.

I referenced the disparity between real world and social media briefly above and in my mind Arsenal are the very best example of this in modern English football. I have a few Arsenal mates who each to a man are really sound humans, happy to drink various alcohol with me and recall fondly the greatest ever moment in football – the final game of the 1988/89 season. They’re self depreciating, kind and although I do prefer Tottenham they’re pretty sound about it all really. Enter social media Arsenal fans who seem to be in a competition with each other to be the most edgiest, pitiful bellend around. All in all they’re a great example of everything I detest in fans these days. Entitlement is off putting enough but adding heavily put on slang and petulant rage really doesn’t serve how others will perceive you all.

It really IS possible to be both a passionate supporter and not be a bad texan, and I speak as someone who struggles with this occasionally blurred line. Although I like to call this “geordieisation” of a fanbase, I fear Arsenal are pushing into a new stratosphere for teddishness and I urge all the sound Arsenal fans, my mates included, to reclaim their representation – ideally by storming into Arsenal TV with just good ol’ fashioned spicy backhanders. Humiliate these slags and send them back into the ether, obsessing over their social media presence and baby wipes for their shit Nike Airs. And that’s without even attacking the passive aggressive Ugandan Gooners trying to out edge you on twitter because you called Iwobi a shitehawk. Fuck off, all of you. Except the sound ones.

As for on the pitch they’re gonna hit us with some of the usual chancers and red hot prospects, the type of players who wouldn’t usually fancy a cold December’s night under the lights at Goodison, but these are not normal times. Perhaps roundhousing Arteta in the tunnel might set the exact tone Everton need to gain the much needed points? You know all their main protagonists so there’s no need for me to tell you Smith-Rowe sheds his skin ritually, Partey shaves his balls in the changies while Martinelli plunges steds in his arse, Ben White can see in 4D and Ramsdale signs his own shirt for every clean sheet and mounts it in his hall. What I’m trying to say, Everton, is just fucking hurt them and show there’s something about you at least.

What about that that Everton then? This is the point where I’m meant to offer solutions despite never earning a cent from football in my life. That’s on the Manager if he seeks redemption, and having Mina back may help unless he takes time to feel his way back into at as Doucoure is (understandably) doing. I care not for personnel, I just care that they are absolutely fucking horrible towards Arsenal from the first whistle. Or tunnel, preferably.

That’s where we are then. Fuck December.