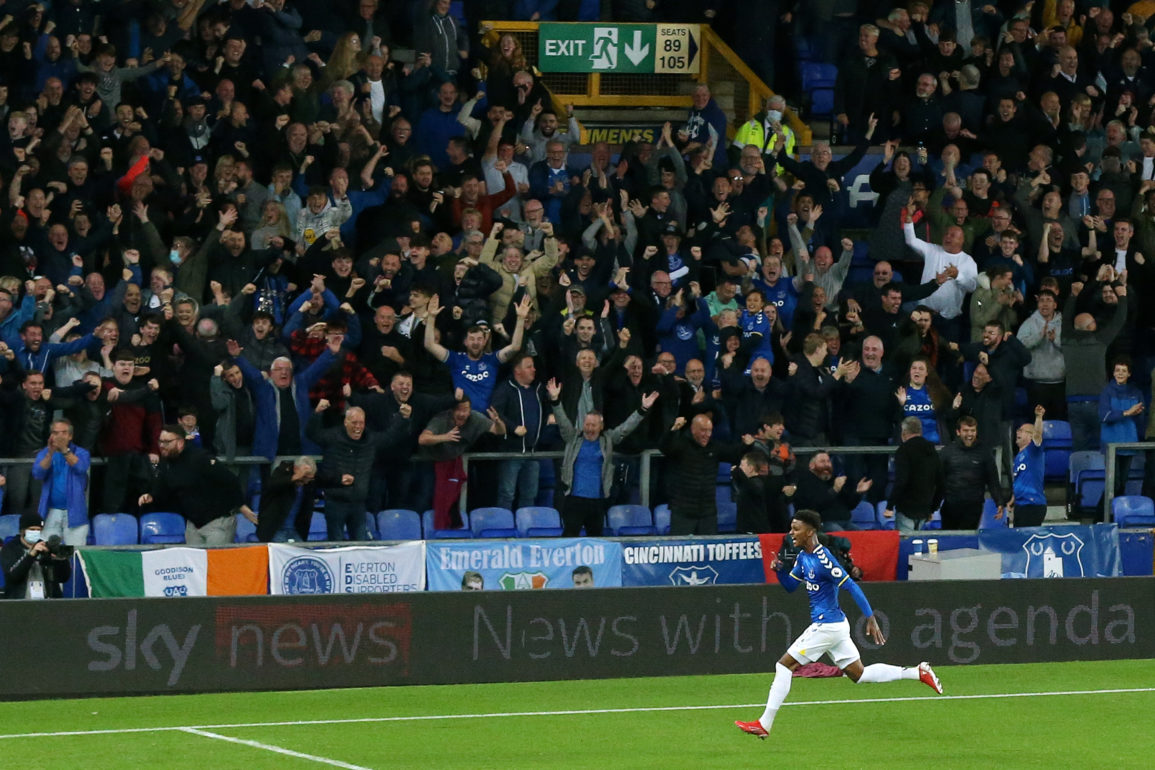 Everton’s unbeaten start to life under Rafael Benitez continued on Monday night, as a lacklustre Toffees side exploded into life in the second half with 3 goals in 6 minutes to complete a 3-1 comeback against Sean Dyche’s struggling Burnley. The Blues have thus far been capitalising on their favourable run of fixtures to start the season, as the win saw Everton go joint-top with Chelsea, Manchester United, and Liverpool with 10 points. The Toffees have now scored 10 goals in their first 4 league games, as many as they scored in their final 13 under previous boss Carlo Ancelotti. Burnley took what was a deserved 1-0 lead in the 53rd minute thanks to a Ben Mee header on his 200th Premier League appearance, but the Clarets’ intensity immediately dropped, opening the door for the home side’s resurgence. Andros Townsend whipped in an inch-perfect cross for Michael Keane’s to head home against his old club in the 60th minute, and the former Palace-man then gave Everton the lead 5 minutes later with a goal of the season contender from all of 30 yards out. Just 27 seconds after Burnley’s kickoff following that goal, Abdoulaye Doucoure’s brilliant through ball put Demarai Gray in one-on-one to score for a third consecutive league match. After assisting both Townsend and Gray’s goals, Doucoure netted his own in the 68th minute, but he had unfortunately strayed just offside. It wouldn’t matter, however, as Burnley went down with barely a whimper and Everton picked up their 5th victory in 6 matches under Rafa Benitez.

Here are Three Things We Learned from Everton 3-1 Burnley.

I’ll start with the most obvious of lessons, which is that you can’t give Andros Townsend space to shoot from distance because boy, can he strike a ball. Townsend has scored over half of his 23 career Premier League goals from outside the box (12). His wonder-strike in the 65th minute is already a near-lock to win Everton’s Goal of the Season Award, as it would take something absolutely ridiculous to beat it. It is very possibly Everton’s best goal since Jagielka’s stunning half-volley in front of the Kop in 2014 and is certainly a contender for the entire league’s Goal of the Season as well. Townsend nearly scored a second scorcher just 7 minutes later when he once again cut inside on his left foot and hit a thunderous strike towards the near post, but Nick Pope made a good save to deny Everton’s #14 of what would have been his second thumper of the night. Although it’s obvious that the 30-year-old has lost a fair share of his formerly blistering pace, his left foot is clearly just as potent as ever.

One of the most notable statistics from Everton’s opening-day 3-1 win against Southampton was the fact that it was Everton’s first come-from-behind victory when losing at half-time in the Premier League in 2148 days, meaning Rafa Benitez had completed more second-half comebacks after one game than Koeman, Allardyce, Silva, and Ancelotti had in all their spells in charge combined. Although Everton did not concede until after half-time in Monday’s game, the fact that Everton’s resilience seems to have already grown so exponentially when compared to the last few campaigns shows the impact that Rafael Benitez is having on the attitude and culture of the team. Hopefully, the Spaniard’s tutelage will go a long way to rid of the “all hope’s lost” mentality that Everton have suffered from in the years gone by.

Last season, Everton had only 5 goal contributions from players off the bench across all 38 Premier League games (1 goal, 4 assists). That lone goal was Gylfi Sigurdsson’s penalty which sealed the Toffees’ win at Anfield in February. Although Alex Iwobi’s assist for Doucoure’s winner against Southampton is currently the only contribution off the bench thus far this Premier League season for Everton, the fact of the matter is that players such as Iwobi and Gomes have been able to impact the game upon their introduction off the bench, and hopefully new-signing Salomón Rondón can provide the goals off the bench that Carlo Ancelotti so desperately lacked last year. The aforementioned Portuguese provided a lovely assist for Andros Townsend’s maiden goal which would win the game for 10-man Everton against Huddersfield in the Carabao Cup, which is another example of the apparent improvement in this department. Should James Rodriguez make most of his appearances this year in a cameo role, I foresee Everton having a vastly higher number of substitute contributions at the end of this season when compared to the last.