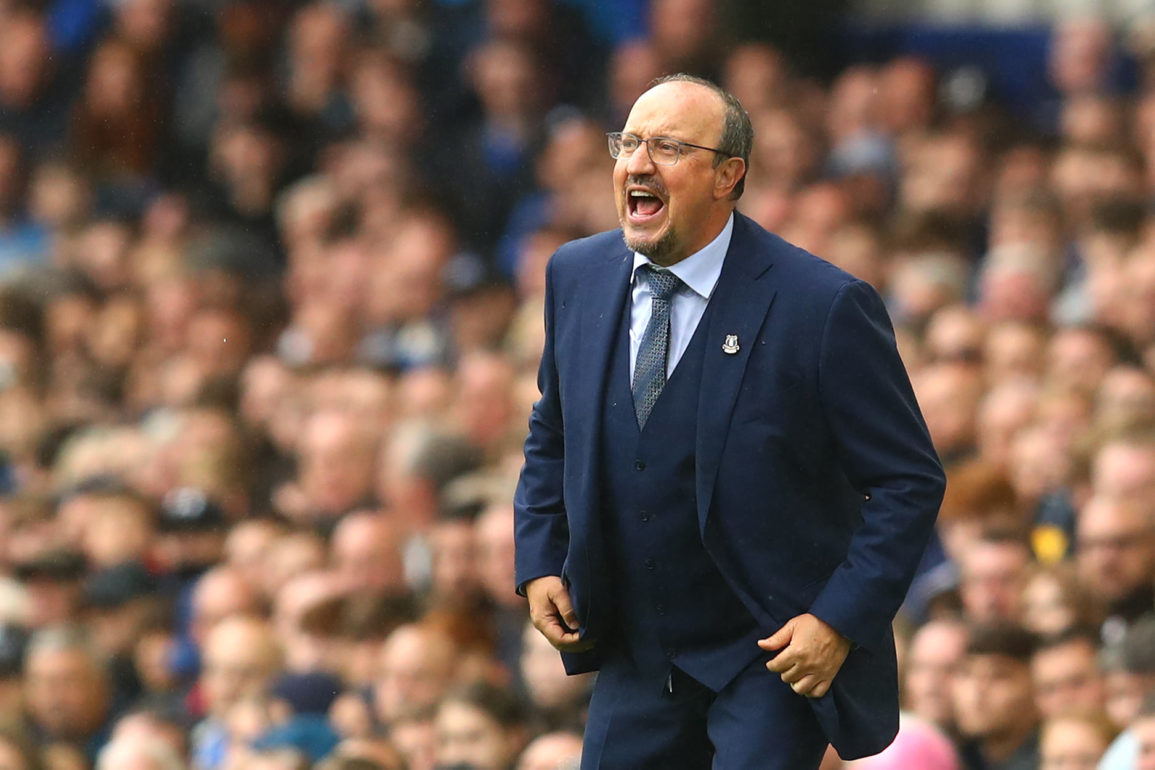 There’s no belittling the controversy surrounding Rafael Benitez’s arrival at Goodison Park, but with the Spaniard now at the helm, it’s time to see what Everton fans can expect from our side this season.

With a wealth of experience behind him and a rigid philosophy about how the game should be played, Benitez could be the man to finally take us back to Europe.

Fail to Prepare, Prepare to Fail

Throughout his managerial career, Benitez has been meticulous in his preparations for each game, with painstaking lengths taken to determine the strengths and weaknesses of the opposition. All the homework is done by his coaching team, which is then passed on to the side, with extra emphasis for the central midfield pairing.

Benitez has always entrusted much responsibility on his holding midfield generals, and the same will happen at Everton, with Allan and Abdoulaye Doucoure set to feature in those roles this season. These players will have to adhere strictly to Benitez’s tactics, in which they will put in much of the unseen graft to allow the likes of James Rodriguez and new signings Demarai Gray and Andros Townsend to get up and support the attack.

Undoubtedly, Benitez will be expecting big things from Townsend, having worked with him previously, and quickly snapping him up this season after he became a free agent. It’s worked well for Benitez in the past and it will be intriguing to see how the style suits us this season.

The Power of The Premier League

With a new stadium a few years away, it’s a really exciting time for Everton Football Club as we look to narrow the gap on the teams above us in the standings. European football is a must for any of England’s top clubs, with the added revenue and exposure that playing in the Champions League and Europa League brings.

The Premier League itself is one of the biggest brands in the world and has managed to expand out into many branches of entertainment. Video games such as FIFA are one of the best examples of how the Premier League has spread outside of its traditional matchday setting. There have also been TV shows centred around Premier League teams such as All or Nothing: Tottenham Hotspur, which have been pushed heavily by streaming platforms.

Surprisingly, the brand has not so far expanded into slot gaming, even though there’s plenty of demand for football titles. Kickoff, Bicicleta, Lucky Score and Fussball are just some of the football titles on Refuel Casino and perhaps football slots is an avenue the Premier League will look at in the coming years. Having expanded into other areas of entertainment such as TV and film, it would be no surprise to see the brand look at football slots in the future. Perhaps success for the Toffees under Benitez in the coming years could see our own football slot being created. But for now, the focus for the manager will be on getting results on the field right, as he looks to build us back into one of the real powerhouses of English football and add to our nine league titles.

Competition for European places in the Premier League has arguably never been tougher. While there’s a supposed ‘Big Six’ in the division, the likes of West Ham and Leicester City finished in the top six last term, per Sky Sports. We placed down in tenth place last season, and this summer there wasn’t the same the pulling power of manager Carlo Ancelotti at the club. The Italian was able to help bring Rodriguez to Goodison Park last summer and it was always unlikely the club would attract another big name of the Colombian’s calibre before the end of the transfer window.

While Rodriguez was certainly a luxury, he didn’t have the impact that we’d hoped. According to the Liverpool Echo, there were a number of Everton fans seemingly unhappy about the transfer activity before the 2021-22 season started. But what Benitez has done is identify the lack of width in the squad and address it by signing Townsend, who he knows and trusts, and Gray who is a young player and a snip at £1.5 million.

The way we can get top players to the club is by getting the team back into Europe, and that will undoubtedly be the task that has been handed to Benitez. While a top-half finish will be the minimum expected of us this season, a top-six place would be an outstanding achievement for Benitez in his first campaign in the Goodison Park dugout.