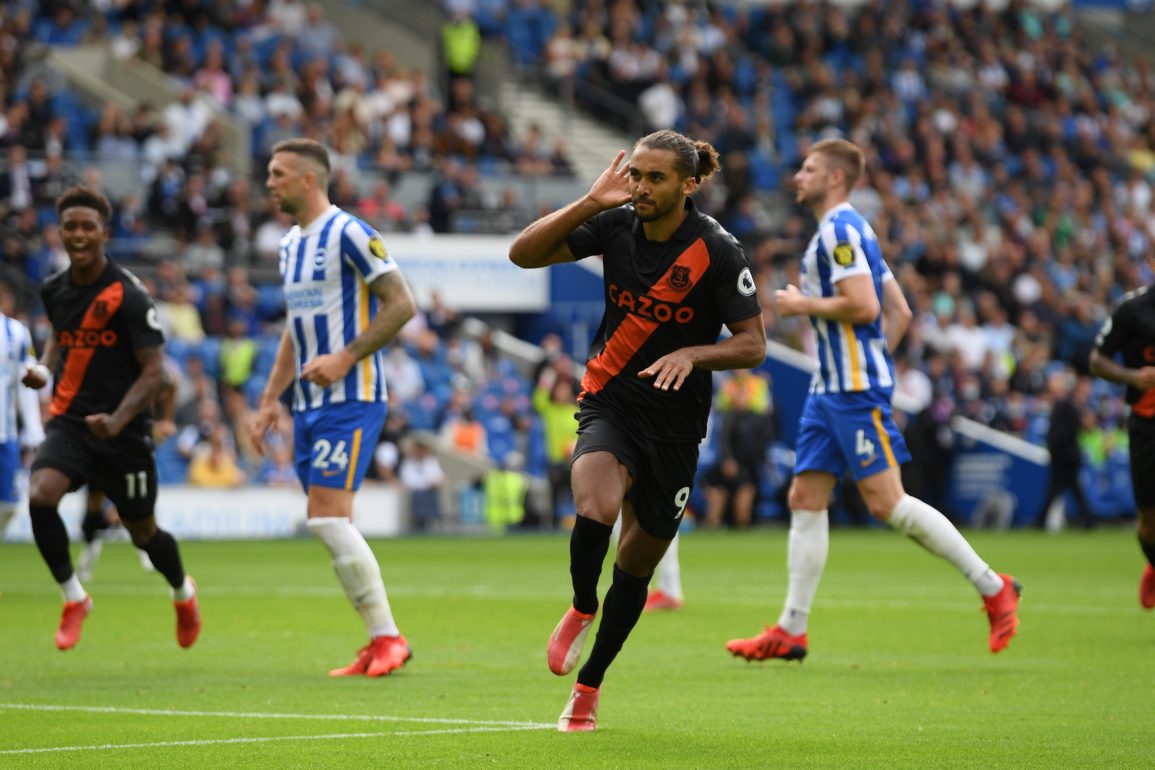 Everton continued their unbeaten start to the 2021/22 campaign with a convincing 2-0 road victory over Graham Potter’s Brighton. The Seagulls had won both of their opening two matches going into their encounter with the Toffees, but Rafa Benitez’s game plan was executed to perfection and Everton deservedly took home all three points. Just as they did at Elland Road, Demarai Gray scored on a counter-attack and Dominic Calvert-Lewin expertly converted from the penalty spot, but this time Everton were solid at the back and picked up their first clean sheet of the young Premier League season to ensure their two goals would be enough to secure a second league victory.

Here are Three Things We Learned from Brighton 0-2 Everton.

1. Allan is Back to His Best

I saw quite a few people on Twitter questioning whether Allan could adapt to Rafa Benitez’s style and system prior to the season kicking off, but the Brazilian has silenced his critics thus far. Although it took him a while to warm into the season opener against Southampton, he was fantastic at Elland Road, and even better at The Amex. Against Brighton, Allan recorded 7 recoveries, 5 tackles, and 2 clearances on top of 3 chances created, an assist for Demarai Gray’s goal, and an incisive through ball to Seamus Coleman who subsequently won the penalty that DCL smashed into the bottom left-hand corner to seal all three points for the traveling Toffees. It was unsurprising to see the vast majority of Evertonians vote the Brazilian as Man of the Match after the full-time whistle, as there was no question in my mind that he had shone the brightest for Everton during that terrific team performance on the south coast.

There’s been no lack of discussion about the scuffle that occurred when Richarlison picked up the ball after Joel Veltman brought down Seamus Coleman in the box and refused to give it to Dominic Calvert-Lewin, Everton’s designated penalty-taker, until the captain forced him to once he had finished receiving treatment. Although I agree that Richarlison’s actions were quite frankly childish and immature, I am encouraged by just how badly the Brazilian wants to succeed. His desire to play, to win, and mainly to score, is perfectly exemplified by the fact he played 13 matches for Brazil across the Copa America and the Olympics this summer, and then forgoed his allocated vacation time and has played all but one minute of Everton’s first three league games of the season. Since I began following the club, there’s been no shortage of players at Goodison Park who haven’t seemed to give a care in the world, but Richarlison very clearly is not one of those. Although he needs to understand that his behaviour when the penalty was awarded was unacceptable and cannot continue, I love his drive, and it gives me hope that he can kick on and get back to his best after what was a disappointing campaign for him last season.

It’s safe to say that Andros Townsend has not looked anywhere near as exhilarating going forward as his fellow summer signing Demarai Gray has, but the former Palace man has been exceptional in the press and in helping Everton recover the ball. Against Brighton, Townsend made 4 tackles, the same amount as each of Keane and Holgate, and also won back possession 8 times, second on the pitch only behind perennial workhorse Abdoulaye Doucoure. Although he did set up Richarlison’s equalizer against Southampton, as well as score the winner at the John Smith’s Stadium, it’s clear to me that Townsend’s inclusion provides more defensive benefits than attacking ones.