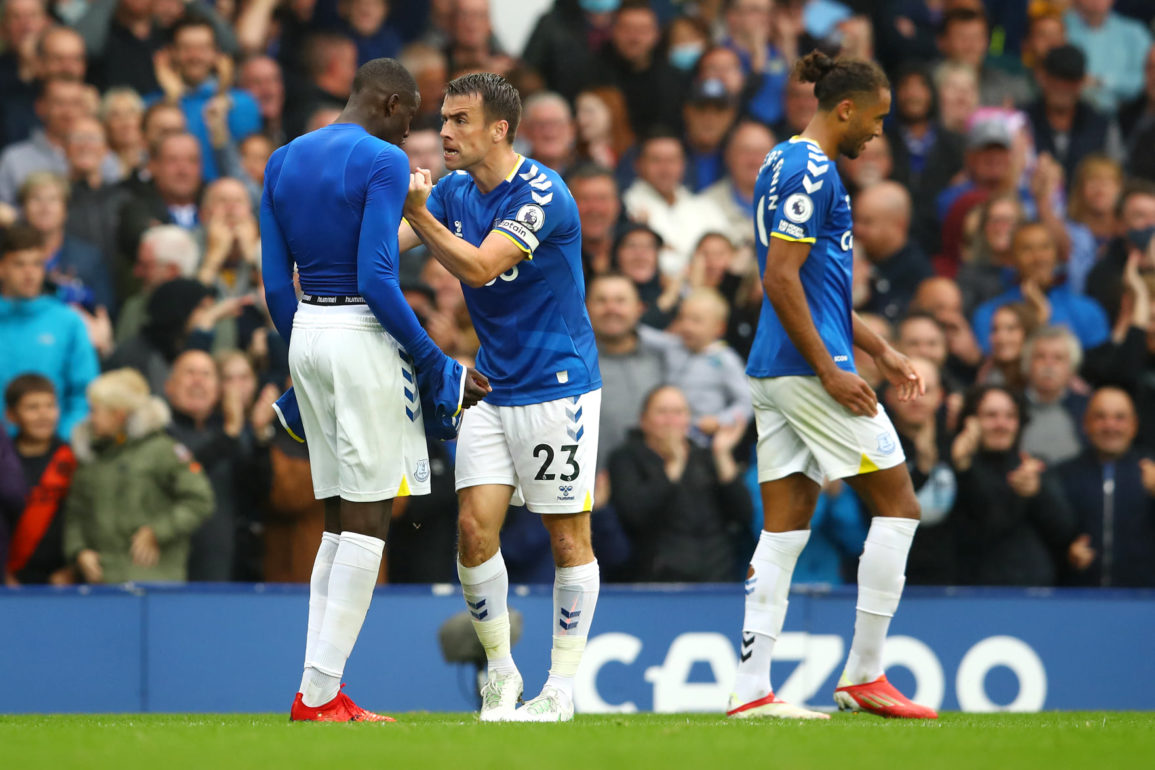 The Rafa Benitez Era got off to a winning start on Saturday against Southampton despite Michael Keane’s horrific error at the back which saw the Toffees down 1-0 after the first 45 minutes. Everton’s first-half performance was rather erratic, clumsy, and unrefined, but a seemingly completely different team stepped out of the changing room for the start of the second. Goals from Richarlison, Abdoulaye Doucoure, and Dominic Calvert-Lewin after the break saw Everton complete their first comeback victory after trailing at half-time since September 2015 when Roberto Martinez’ side came from 2-0 behind to win 3-2 at the Hawthorns.

Here are Three Things We Learned from Everton 3-1 Southampton.

1. Doucoure Thrives When Given Freedom 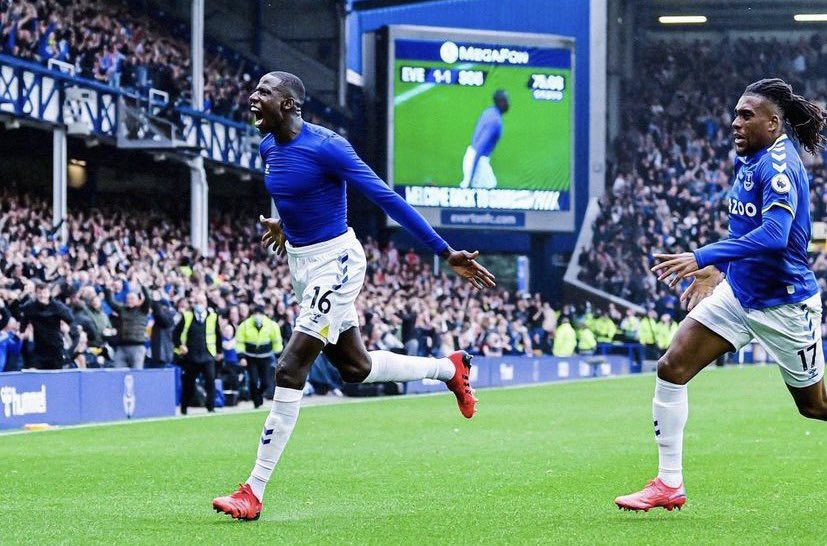 Abdoulaye Doucoure told the media before the match that Rafa Benitez has asked him to adventure further forward than he did last season under Ancelotti, and that immediately paid dividends as the big Frenchman scored a stunner in the 76th minute which would prove to be the winner. Beyond just the goal, Doucoure had one of his best performances in an Everton shirt thus far, completing 9 passes in the final third, recording 10 recoveries, winning 4 aerial duels, winning three fouls, and making 2 tackles as well as 2 clearances. With Allan sitting deeper, Doucoure was allowed to roam more freely and make plays on both ends of the pitch. Here’s to hoping that he can keep it up, as he could arguably become Everton’s most important player should he consistently deliver performances just like that. 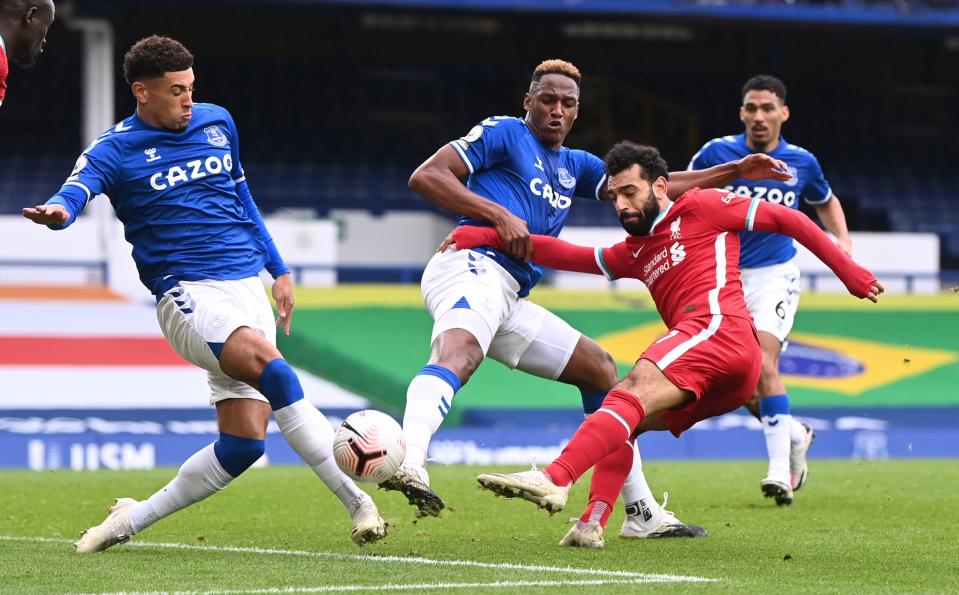 The crippling instability of Michael Keane and Mason Holgate at the back in the first half nearly gave me heart palpitations, as it seemed one of the two of them would have a howler at any moment. It would be Keane who would provide that moment, as he handed Adam Armstrong a golden opportunity to score on his debut, one that the former Blackburn Rovers man converted with class. Although their performance was slightly improved in the second half, the Keane-Holgate partnership did not inspire any confidence in me, and it was glaringly obvious just how much we missed Ben Godfrey. Yerry Mina eventually came off the bench to replace Demarai Gray in the 83rd minute, and I’d like to see the Colombian starting next to Godfrey as soon as possible. In my mind, they are without a doubt our best two center-halves at the moment. 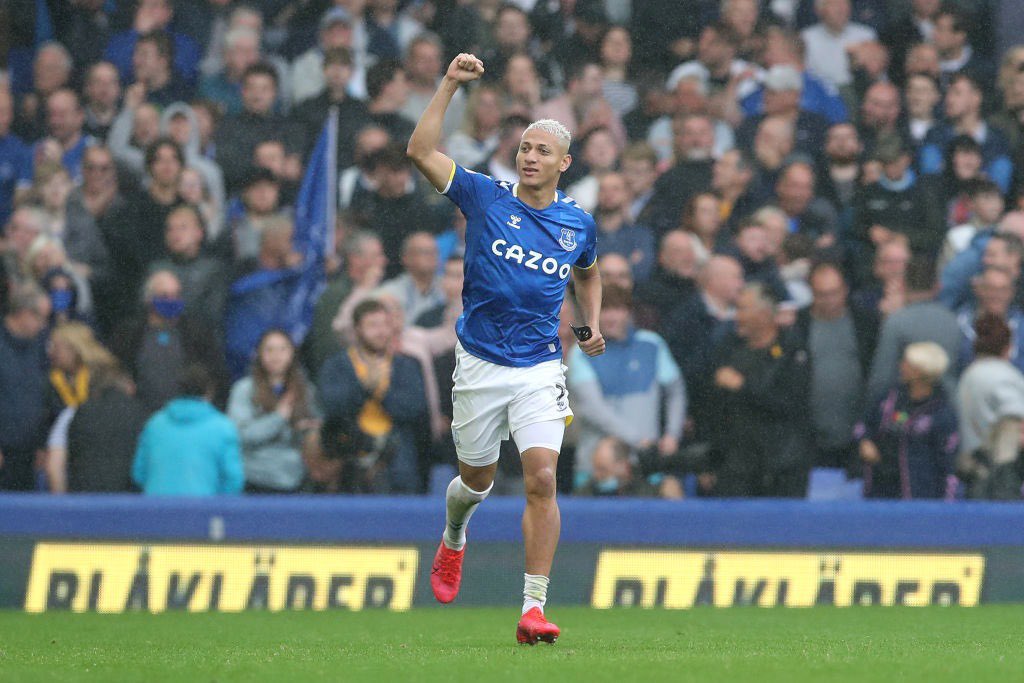 There were certainly a few questions surrounding Richarlison’s fitness going into the first match of the season very simply due to the fact that the Brazilian played 1,031 minutes in 13 total matches for Brazil across the Copa America and the Olympics during a span of just 8 weeks. The Brazilian then immediately returned to Finch Farm, forgoing any vacation time, and so it was a bit of a surprise when Everton’s #7 was listed in Rafa’s first Starting XI as Everton manager. However, the Brazilian was arguably the best player on the pitch, scoring the equalizer and brilliantly assisting Calvert-Lewin’s assurance goal. The Gold Medal Winner’s goal just over a minute into the second half was simply a result of him reacting quick and being more match-sharp than Southampton’s backline, as he nipped in behind Mohamed Salisu to meet Andros Townsend’s looping header on the volley and expertly steer it home with his weaker foot off the bottom of the crossbar and in. He also won 3 fouls, completed 3 dribbles, made 2 tackles, and made 2 clearances. It was clear to see that Richarlison’s heavy workload this summer has not hindered his match-readiness for the beginning of the season, but rather improved it.

What other main takeaways from Saturday’s match did I miss? Let me know on Twitter, where you can find me @ParrettGost. I’m very excited to be back writing articles for GrandOldTeam for the 2021/22 Season, so stay tuned for much more to come! Thanks for reading, and as always, Up The Toffees!