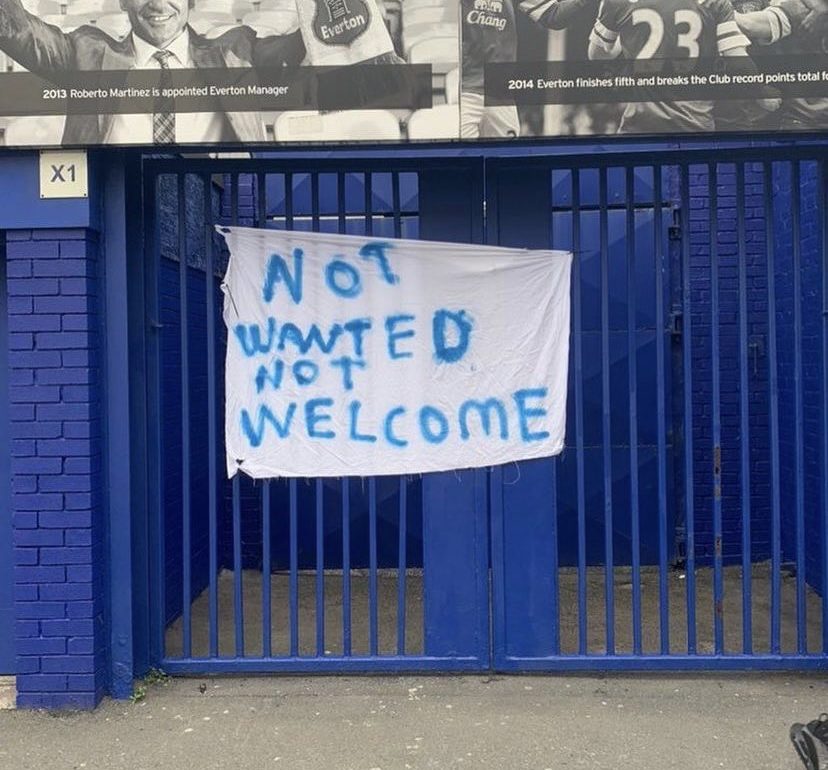 Human beings are complex creatures, and we can feel multiple emotions at the same time.

An example could be not wanting someone to manage your football team, but also realising that anonymously threatening them is a completely outrageous course of action.

So what’s going on?

The age of the culprits, however, is irrelevant.

The issue stems from horrible language used by people towards their own players, often on the internet but also sometimes at the match.

These people are seemingly incapable of separating frustration at a player’s performance from personal hatred.

Rather than criticising them professionally, it becomes pure bile that is completely contradictory to someone calling themselves a supporter.

Bear in mind, this is towards people they are supposed to like and encourage, yet it’s indistinguishable from what they might say to their enemies.

These traits prove that, unlike normal humans, they are unable to feel more than one emotion at the same time, which makes them more like orcs out of Lord of the Rings.

It could be described as animalistic behaviour, and that is rather unkind to some animals.

When such behaviour goes unchallenged – or worse, is encouraged – it mutates.

It becomes a competition to be the angriest voice, the alpha of the pack, and so the next shout must be more extreme than the last.

People who are unable to think for themselves then copy this, as if it is the normal thing to do.

An example of this is the progression (or regression?!) of the recent banners made about Rafa Benitez.

The first said ‘No to Rafa’, a perfectly reasonable form of protest that made its point clearly.

Making banners isn’t for everyone, but those who oppose the appointment would no doubt be fully on board with that message and the language used.

Compare that to one calling Benitez a ‘fat Kopite c**t’ and it’s rather different.

Some people rushed to defend it, with the suggestion that those taking offence are some kind of snowflakes.

Yet when asked if they would make the banner themselves with that wording, the answer is no.

The answer is rather obvious, and makes a mockery of them defending something they wouldn’t be prepared to do themselves.

Fervent opposition to a man taking a job is not the same thing as pure hatred, yet these people make it so.

Those who understand that difference have grown up.

Those who don’t understand are orcs, yet to evolve and take their place in civilised society.

And so to the most infamous banner, which was placed near the home of Benitez.

It should be noted that while targeting where someone lives is obviously reprehensible in its own right, the actual message on this banner would have been just as disgraceful had it been placed at Goodison Park or elsewhere.

‘We know where you live’ is a threat – end of story.

It was almost unanimously condemned as such, and one must wonder if the reaction actually caused the culprit to feel any embarrassment or shame.

There was some attempted deflection of the matter though.

Some accused the online outrage at the banner of being insincere, highlighting several other unsavoury things fans have done over the years.

As if that somehow made the threat more acceptable! Tasteless chants and abuse at the match are also wrong.

But the idea that everyone engages in this kind of behaviour – and therefore it shouldn’t be condemned – is ludicrous.

It is a minority, and social media has given the silent majority a voice to stand up against it.

But with all the trolls and the orcs, it seems the battle is a long way from over.