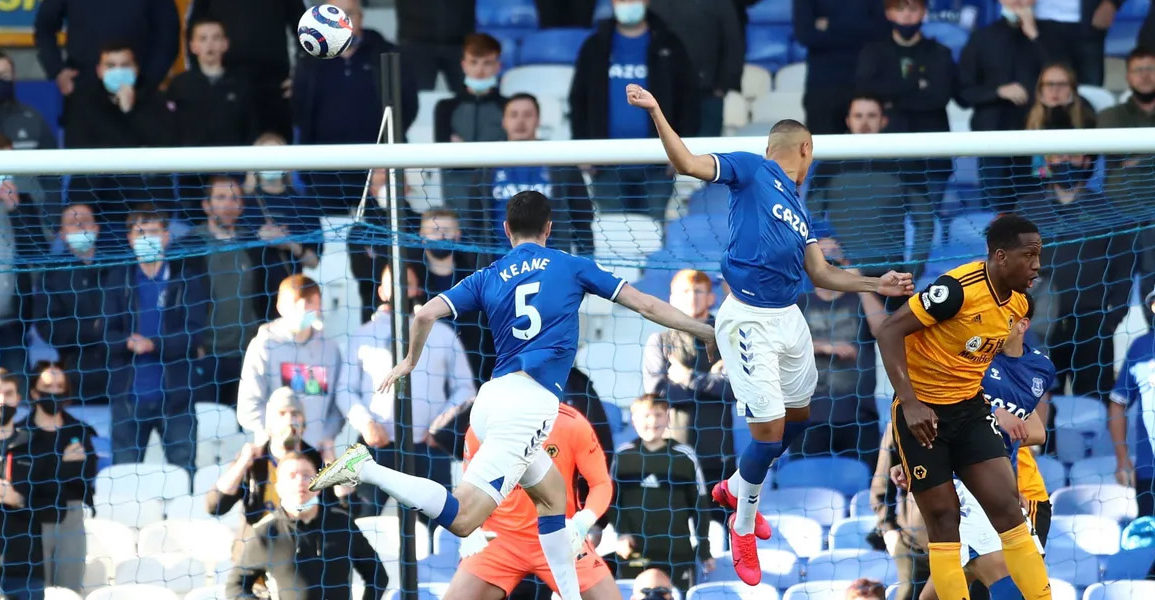 Your May Everton Player of the Month

The 20/21 season finally expired in May but before we get to the GrandOldTeam Player of the Season, we have the final Player of the Month to acknowledge and acclaim.

No fewer than six games in May, three at home, three away and only two, the final games in each category saw fans inside Goodison Park and the Etihad respectively. The month opened poorly with another home reversal, this time it was Aston Villa taking the points back down the M6 after the Blues gifted them the opening goal, Dominic Calvert-Lewin back on the score sheet for the first time since the home loss to Burnley before Villa bagged the late winner. And so to the London Stadium and a chance for David Moyes and West Ham to do a league double and as you would expect from this barmy season, the Blues never gave Moyes’s team a sniff in fully deserving their 11th victory away from Goodison with DCL making it two goals in two games to keep the faint hopes of Europe alive.

Game three was a chance for revenge over Aston Villa but it wasn’t to be and a rather drab goalless draw ensued. Back to Goodison and already relegated Sheffield United rocked up and absent Blues fans expected the woeful goal difference to receive a major boost. Well, those hopes were well and truly dashed as a 17-year old debutant made the most of some early slack marking and the Blades never looked like relinquishing the lead for their second away win of a dreadful season.

Wednesday 19th saw the final home game of the season and 6,500 fans inside the Grand Old Lady to finally witness a home win. It was a single goal from the head of Richarlison that settled the outcome to give the fans a chance to smile and still dream of Europe if a positive result could be achieved at the Etihad against newly crowned champions, Manchester City. Those dreams though were consummately ruined by City who went nap with a 5-0 win, Sergio Aguero signing off with a brace and Gylfi Sigurdsson wasting the Blues best chance, Ederson saving his penalty after Richarlison had been brought down by Dias.

Twenty players represented the Blues through May with eight playing in all six games with five – Jordan Pickford, Allan, Dominic Calvert-Lewin, Lucas Digne and Ben Godfrey playing every minute of the final month of the season.

To the individual Man of the Match winners and Jordan Pickford earned three, ironically from the three losses; Allan won for the victory at West Ham; Ben Godfrey for the scoreless draw at Villa and Michael Keane getting the most votes for the final home game win over Wolves.

As we’ve said throughout the season, thank you for taking the time to vote and make the Man of the Match reports and polls so successful, and every vote really does count towards the GrandOldTeam Player of the Season which saw the lead change umpteen times but, more of that later.

And now it’s time for the final monthly golden envelope opening for the result of the GOT Player of the Month for May as voted for by you, the fans…

In third place and gaining his second podium finish in his first season with the Blues was Allan.

Maintaining his excellent form and also in his first season with the club, and claiming his third podium place – and congratulations on his first inclusion in an England squad – well done Ben Godfrey.

However, the clear winner having claimed just under 34% of the total votes cast in the month, the congratulations for being the GOT Player of the Month for May go to… Jordan Pickford.