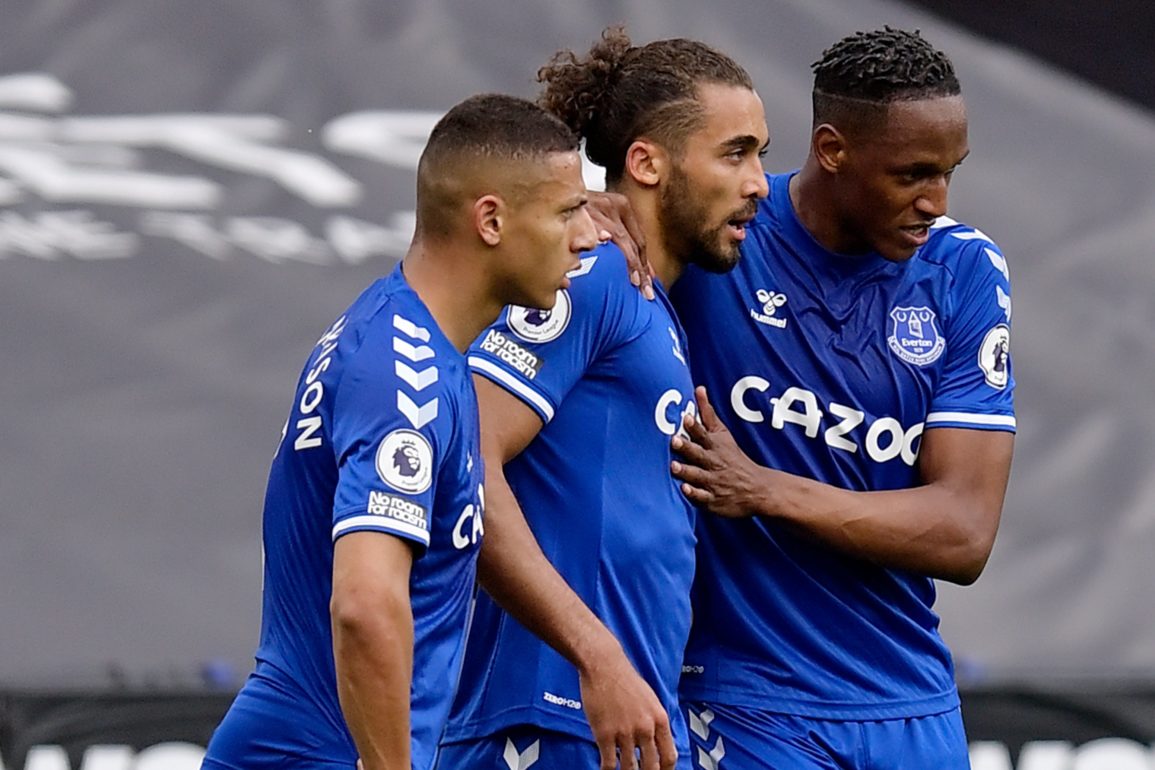 Just when you think the season is over, Everton pull you back in. The vicious cycle continued as Everton ground out three points over David Moyes’ West Ham at the London Stadium on Sunday, earning a lifeline in the hunt for European football in the form of three vital points. It was an away win in typical fashion for Ancelotti’s men, as they won their 11th away match of the season, this being their 9th by a one goal margin. In fact, the Toffees have not had more wins away from home since the legendary title winning side of 1984/85 had 12, and so it’s hard not to think where Everton could be in the table if they were even half-decent at home this season. The victory also means that the Toffees have won the same amount of games in London (5) as they have at Goodison Park this season. It’s clear to see, today was a continuation of a quite ridiculous trend that’s lasted all season. Hopefully, it will continue on Thursday when Everton take on Aston Villa for the second time in less than two weeks, this time at Villa Park. For now though, here are my Player Ratings for West Ham 0-1 Everton.

In all fairness, Pickford didn’t have much to do today, as the Hammers failed to register a shot on target, but the England goalkeeper still seemed assured in his aerial presence, and made a couple good claims to help kill the clock.

It was a hard-working, dogged defensive performance from Seamus Coleman, who, apart from being caught out of position a few times, defended well and made life tough for West Ham’s wingers. I loved when he had a go at Coufal towards the end of the match for going down easy. It was a captain’s performance.

If you had told me in October that Ben Godfrey would be Everton’s signing of the summer, I’d call you a mad man, but that’s exactly what he has been. He has been one of Everton’s most, if not the most consistent performer all season and has done a more than admirable job in all the different roles he’s been asked to execute. His assist today was fantastic, and he defended using every bit of his pace, strength, and height. Great performance.

A lot has been said about Michael Keane’s recent dip in form after he started the season fantastically. Although it’s been up and down for the England international as of late, I thought he was excellent today, and really stepped up after Yerry Mina’s injury to help secure all three points for the Toffees.

It’s such a shame that Yerry Mina keeps going down injured. I thought he was really good during the first hour today. He’s a nailed on starter for us when healthy, but that “when” keeps getting smaller and smaller. Let’s hope today’s problem isn’t too serious.

Lucas Digne’s delivery wasn’t at its sparkling best today, but he defended well and was solid overall. That one run he made down the left wing where he breezed past two West Ham defenders with the ball at his feet was fantastic, but the end product just seemed to be lacking a bit for the Frenchman.

Allan looked back to his usual self today for the first time, really, since his return from injury. Industrious is a bit of an understatement, in my opinion, as he covered a huge amount of ground over the 90 minutes, made 4 tackles, and had various ball recoveries after which he drove forward and sparked counter attacks. His presence in midfield was exactly what we needed today, and hopefully his dominating partnership with Doucoure will be resurrected on Thursday with the return of the big Frenchman looking imminent.

I was talking to the Athletic’s Patty Boyland on Twitter during the game, and we both agreed that Tom Davies was having a big impact on the security of Everton’s midfield, and that we don’t understand why Carlo Ancelotti dropped him for the Arsenal and Villa games. I think you’d be hard pressed to find an Evertonian who prefers Gomes to Davies at the moment, and today’s performance only strengthens that argument.

Look, I’m not the biggest fan of Gylfi Sigurdsson, but he has been so much better in the past few months than in the season and a half prior. He’s played more games than any other Everton player this season, so you have to credit him for his fitness and consistency. That being said, I think he could still do a lot more from open play, particularly regarding goal scoring, and so if he can return to his  2018/19 form in front of goal, he could still be a very useful piece for Carlo Ancelotti. I thought he did what he needed to do at the London Stadium, but he didn’t set the world alight by any means.

No goal, no assist, but I think it’s safe to say Richarlison was one of the best players on the pitch today. He ran the West Ham defense ragged, and held the ball up really well when you could tell that Everton needed to alleviate some pressure. His combination play with Calvert-Lewin was the best it’s been arguably all season, and I’m confident the goals will come should they be able to keep it up. His physicality, engine, and determination were critical to Everton’s victory today.

Who else? The moment of quality in the game came from Everton’s talisman, who has now scored 16 league goals and 21 in all competitions, figures only beaten by Romelu Lukaku when it comes to Everton strikers in the Premier League era. Although it has been a bit of an up and down season for DCL, it’s great to see him back on the scoresheet for two matches in a row, and he now seems to be picking up a bit of form with 3 goals in his last 5 games. We’ll need him to keep it going for us to have any chance of European football next season. His contribution today could end up being absolutely crucial in terms of meeting that goal.

I won’t lie, I was a bit worried about Mason Holgate’s introduction to the game after his awful mistake last week against Villa. However, I think it was smart for Carlo to switch the system and put Holgate at RB with Coleman and Godfrey supporting him. He defended well, and helped us see the game out.

It would have been lovely to see Josh King score his first Everton goal, but unfortunately his header clanged off the post. Thankfully, that missed chance didn’t come back to haunt us, but it seems ever more likely that the Norwegian could leave Merseyside before ever finding the back of the net.

I was hoping Doucoure would be the one to come on, but at least Delph didn’t concede a freak own goal equalizer or something of that nature. Wouldn’t put it past him.