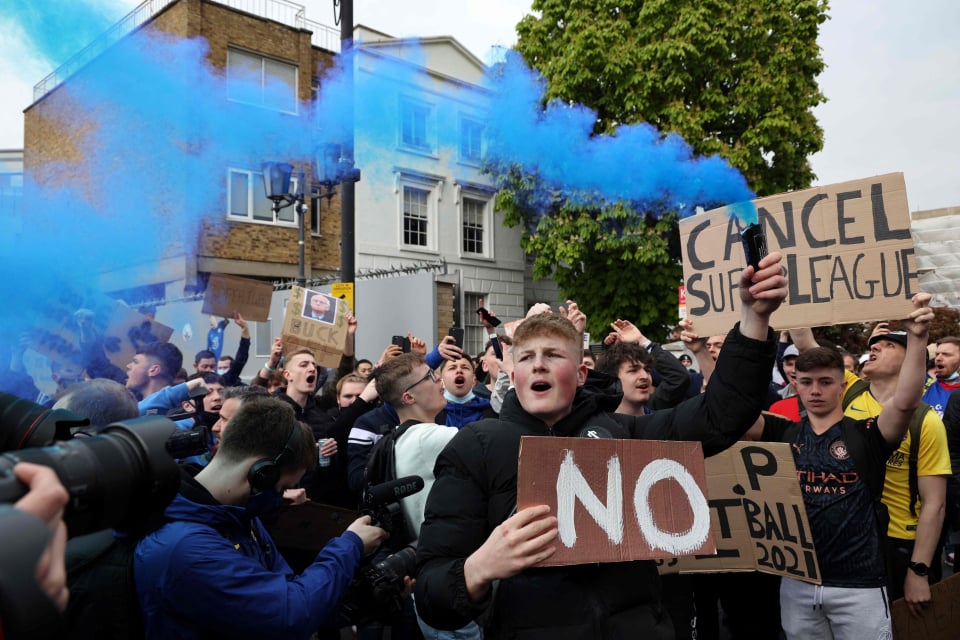 Why the “Big Six” MUST Be Punished

As we pick through the wreckage from the attempted Super League coup, the weirdest thing for me has been the apparent newfound concern for fans when discussing any potential punishments. Seemingly out of nowhere, points deductions have been portrayed as a bad idea because they unfairly punish fans.

Pretty much everyone from pundits to Twitterati, have derided the Super League as a terrible idea, but the gulf between these six clubs and everyone else, in terms of media attention and leeway is still massive. The feelings of fans of others clubs certainly don’t seem to matter as much as the tear-stained faces of kopites, should they be on the receiving end of a point deduction. Even the idea of docked points is being portrayed as inhumane to these poor sensitive souls.

Make no mistake though, all six teams need to be punished. An empty “don’t do this again lads” can waft away, and football’s robber barons can simply view this as an invitation to go back to the drawing board and plot a different way to wriggle away from something they view as deeply unfair: competition and meritocracy.

These billionaire nabobs don’t even want to have to answer the classic question: “how would he fare on a wet Wednesday in Stoke?”… They just want to remove themselves from that scenario entirely. Sure, they’ll sprinkle a few invites to their closed league, like golden tickets to a chocolate factory… But these teams will just be guests, potential cannon fodder, and most importantly – even if an invited team won the whole bloody thing, they wouldn’t get anywhere near as much money as the Super League grandees

The Super League was a license to print money under the guise of football, and it’s no surprise that the first two clubs to jump ship, Chelsea and Man City, are owned by people who are already rich beyond belief. The others – Liverpool and Real Madrid I’m looking directly at you – seem to think that the financial hit that they’ve taken during the pandemic is much more important than everyone else’s money troubles…

Listening to 606 with Chris Sutton and Robbie Savage at the weekend (yeah, I know…) was mind numbing. Callers were running circles around them, and when one sage Chelsea fan pointed out that they weren’t betraying the Premier League at all, and that Super League games would be played midweek, Sutton and Savage didn’t even have a reply. I’ll put this in caps: THE SUPER LEAGUE WOULD HAVE CRUSHED THE CHAMPIONS LEAGUE AT A STROKE AND DEVALUED THE PREMIER LEAGUE BEYOND ALL MEASURE.

Anyway, I digress. Let’s get back to punishment. What confuses me the most, is how journalists like Henry Winter are against points deductions for the Big 6 becuase he feels that it would be unfair on their fans…

It’s confusing, until you realize who we’re talking about. It becomes infuriating when you see that Winter has long been a supporter of points deductions, just not when it comes to the punishing the fat cats. Winter seemed to understand that a points deduction for Portsmouth was fine…

The only thing managers care about is getting points; a deduction might prevent a repeat of such shameful scenes.

Points have to be docked from the greedy six. Without it, the threats will be empty. Before Henry Winter turned massive hypocrite and opposed points deductions for the greedy six, he wrote this about West Ham, and it’s perfect:

That is the trouble with not punishing miscreants. They are thrilled and unrepentant. They tend to find this in the world of criminal justice too. Let off a burglar with one of those nice detachable tags and instead of volunteering for social work, he jemmies open another window and makes off with more loot.

We cannot afford to let these owners off with merely a light slap on the wrist. Points have to be deducted, or the closed shop super league will just boomerang back – again and again and AGAIN – into our lives until it happens. The power of social media is amazing, but so too is the transitory nature of it. Already, I feel like people have moved on from this issue, and it’s almost as if the greedy six and the media are hiding behind a human shield, “won’t anyone think of the poor fans in all of this?!” is their plaintive cry. We need to think about the future of the game, and of all fans. Punishment is an absolute must.