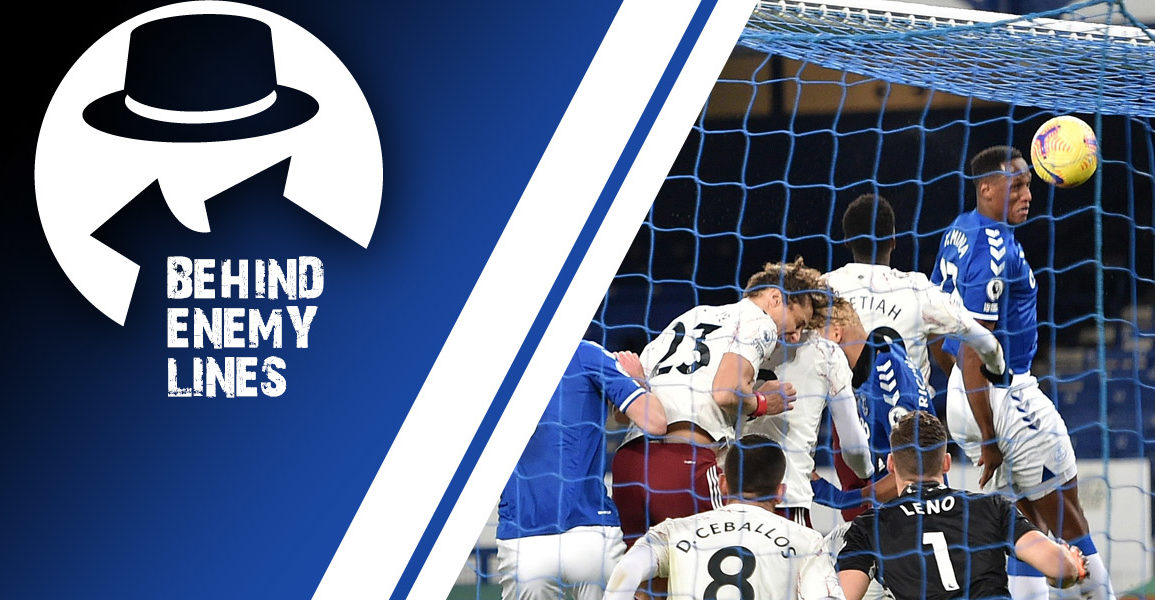 Behind Enemy Lines: Arsenal (A)

Everton’s disappointing run of results continued last Friday against Tottenham when, despite a positive overall performance, two defensive errors led to the points being shared at Goodison Park in what would be Jose Mourinho’s final game in charge of the North London club.

A week on, the Toffees face the other North London club, Arsenal, at The Emirates Stadium where Everton have never won. In fact, Everton’s last win at Arsenal came in 1996 when Andrei Kanchelskis’ 84th-minute winner gave the Blues all three points at Highbury.

Arsenal’s season has been treacherous, to say the least, as they have been sitting well outside of the European places for the entire campaign. Most recently, they waited until the 97th minute to find an equalizer from the penalty spot to avoid a home defeat at the hands of Fulham.

Friday will certainly be an opportunity for Everton to get their first win at The Emirates, as their away form has been excellent this season, and Carlo Ancelotti will have close to his full squad to work with. Despite the Toffees having gone 5 without a win in the league, a win on Friday could revive their hopes of European football next season, while anything less would practically mark the end of Everton’s season.

This week on Behind Enemy Lines, I spoke to Jack Bibb, an Arsenal writer for VAVEL. Here is how our conversation went:

Q: It’s been a strange season for Arsenal, who sit 9th on 46 points. What are your thoughts on the Gunners’ 2020/21 campaign as a whole and do you still back Mikel Arteta to take Arsenal back to the Champions League?

A: This season was Arsenal’s worst start since 1974/75 and has certainly been one to forget. However, a Europa League semi-final awaits and if we’re are to go all the way, we will be back in the Champions League after a long while out of the competition. I personally believe Arteta can guide us there, if it’s not this season then the seasons to come – a massive squad overhaul is still needed.

Q: We’d be remiss not to mention AFC’s involvement in the Super League scandal this past weekend. How did it feel to be a supporter of one of the clubs involved and how relieved are you that the ESL came crashing down?

A: It was devastating to be part of the ESL. It felt like the club I love had turned their back on football and I was seriously worried for the future of football. It was a sickening feeling that the hierarchy of the club had chosen to be so selfish and I’m ashamed of the owners. I’m glad it’s now resolved, but I am not yet ready to forgive them for the mess we have witnessed. I was ashamed to call myself an Arsenal fan.

Q: Everton defeated Arsenal 2-1 at Goodison Park back in December thanks to a Yerry Mina header in first-half stoppage time. What must Arteta’s side do differently to avoid defeat this time around?

A: Last time round Arsenal were enduring a really rough patch of form, suffering due to poor decisions all across the pitch. Since Boxing Day, where we won against Chelsea, our form has been considerably better and I think the club have turned a corner thanks to the brilliance of youngsters Bukayo Saka and Emile Smith Rowe. Alex Lacazette is also enjoying his best spell at the club in a few years, but we must continue to be disciplined; our lapses of concentration are where we let ourselves down.

Q: What are your thoughts on Everton’s season so far and the job Carlo Ancelotti has done at the club as a whole?

A: Ancelotti in my opinion has done a good job at Everton so far. Calvert-Lewin has been a revelation and I think Everton have made some solid improvements. A European finish is on the cards and Ancelotti is a great man to keep his team focused for the final run-in of games. A win vs Arsenal would be massive for Carlo and would put them in good stead for a European spot.

Q: Who will win the match at The Emirates on Friday and why?

A: It’s a really tight one to call. I am of the opinion that Arsenal can beat most on their day, bar Manchester City, however, it all depends on which Arsenal turns up. A Europa League semi-final awaits the Gunners midweek so one eye may be focused on that. I have faith however and will predict a 2-1 Arsenal win!

So there we have it! I’ll predict the same scoreline, but with the Toffees as the winners instead. My thanks to Jack for taking the time to speak with me; you can find him on Twitter @JackBibb_ and you can find me @ParrettGost. Thanks for reading, and as always, Up the Toffees!