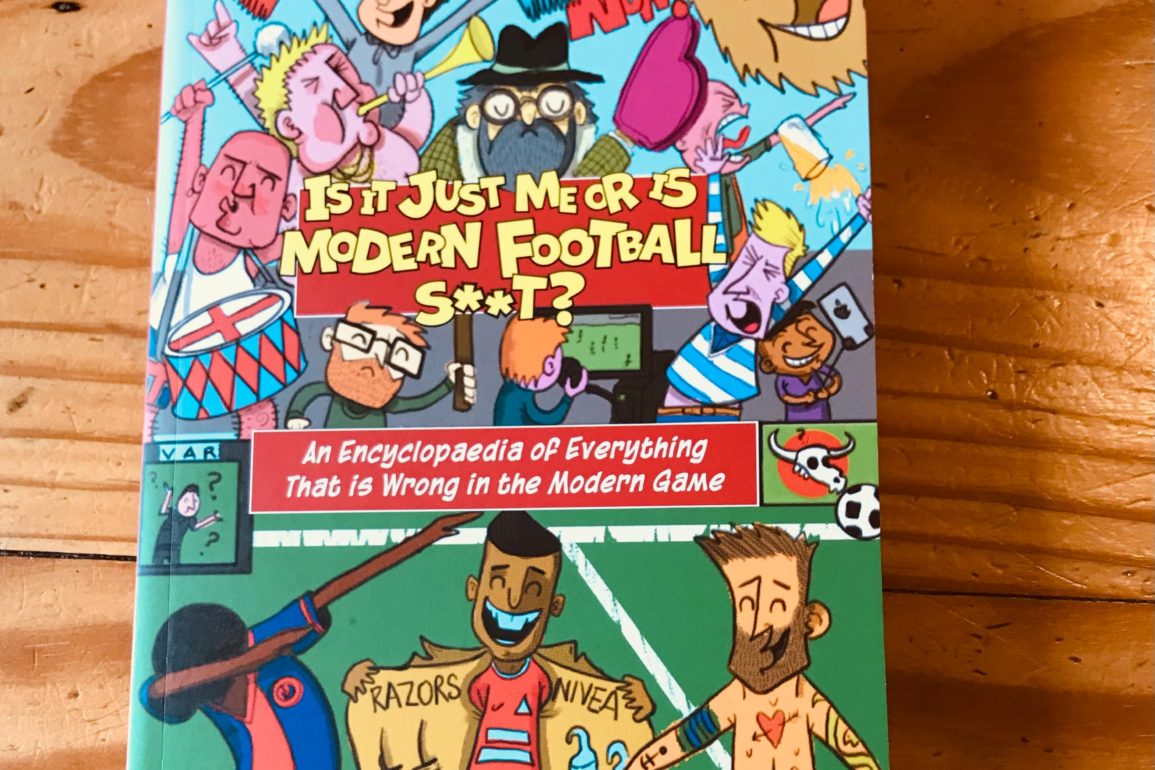 The widely acclaimed and prolific author Jim Keoghan is back, this time with a cynical and light hearted evaluation of all things modern football. Where previously many of his texts have focused on the intricacies both positive and negative of Everton this looks at football through a more neutral lens (though the cynicism that follows Evertonianism is never too far away!).

The book is broken down into an A-Z list and reads easily as a result. Each chapter is a couple of pages long and manageable, and allows you to pick up and put down the book without ever feeling you are losing the flow. Jim displays a way with words that helps to illustrate his points and unlike many who try (i.e me) is actually funny when he writes. He masters comic timing on the page and creates a warmth with the reader even if the subject matter is quite serious.

In truth, few survive Jim’s own polemic. Agents are described as “arseholes”, armchair scouts are described as causing a culture where “everybody is a f**king expert” (again I feel this one is a little close to home for me!) and the analysis of messrs Keane, McManaman, Carragher and Redknapp will have you bursting out laughing. He correctly points out that Redknapp doesn’t appear to know the difference between literally and figuratively and cites clear and amusing examples as to why.

While it’s clear that the author has clearly had a lot of time on his hands over lockdown to give thought to such questions of what exactly is irritating about modern football, he comes up with an exhaustive list and will no doubt resonate with most readers. Yet for the most part the jokes are done affectionately and without the nastiness and cruelty that imbibes certain sections of comedy. There is reflexivity throughout from the author, and as the reader you can’t help but recognise traits in yourself that must annoy most around you.

The game is of course changing, and the vision of the game that existed before the Premier League becomes more of a distant memory. It is worth stating, as the author does it was not perfect before this either. While the modern game is exclusionary on price, previously it was exclusionary on the basis of gender or race with a culture that was far more blunt in it’s prejudice. Trying to find the balance of what we want the national game to look like is a worthwhile question and one which as football fans we should all grapple with.

As is always the case with Keoghan’s books though, there is a humour and attention to detail that allows for interesting and complex ideas to be put across in an accessible, interesting and humorous way. If you’re planning to go for a staycation I would recommend purchasing this book as a great holiday read. Skip to the Roy Keane Christmas section, and implement that approach on your break away to help deal with the stresses of it all!