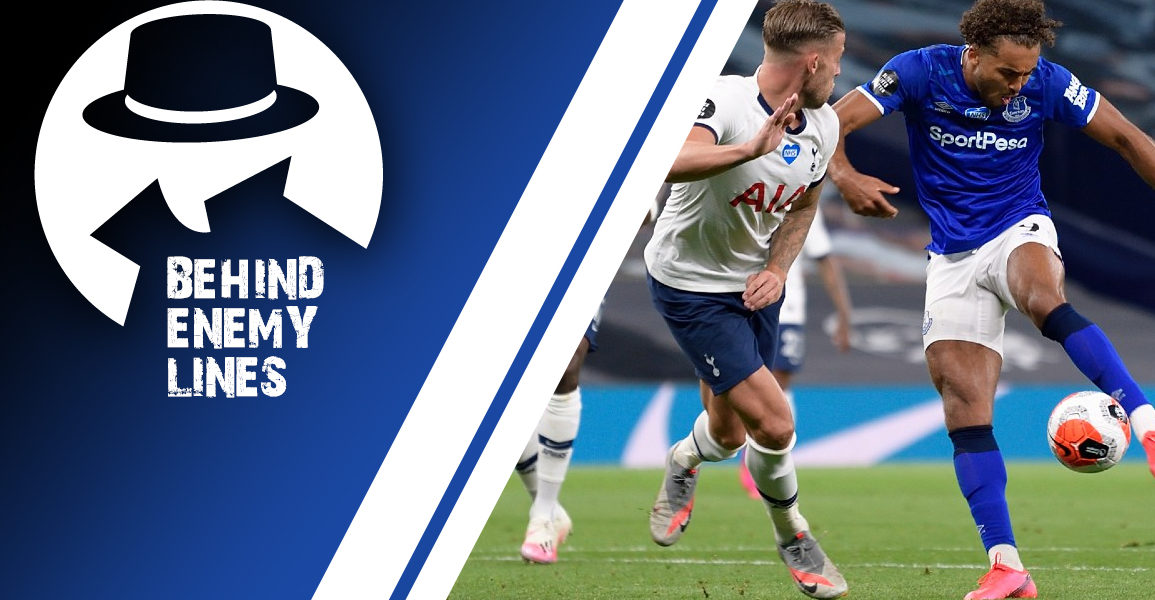 Just 4 days after scraping out a point at the Amex in their first 0-0 draw of the season, Carlo Ancelotti’s Everton are faced with what is likely the most important Premier League match of the season against fellow European hopefuls Tottenham Hotspur.

The prospect of Champions League football seems all but lost for both sides, and even Europa League qualification now hangs in the balance. It’s safe to say that this is a season-defining game for both Everton and Spurs, which should hopefully lead to a fantastic and entertaining game of football similar to the FA Cup Tie in which the teams traded blows in a high-scoring thriller.

Neither team enters in good form, as Everton are winless in four and Spurs are coming off a crushing loss at home to Manchester United, which was preceded by the throwing away of two points at St. James’ Park thanks to a Joe Willock last-minute equaliser.

Everton are all too familiar with throwing away points, however, especially at home, as their narrow 1-0 victory over Southampton is their only league triumph at Goodison Park since the turn of the new year despite hosting Newcastle, Fulham, Burnley, and Crystal Palace during that time. In reality, neither of these teams really deserve European football, but should one side emerge on Friday night with all 3 points, their hopes to do just that will be massively boosted going into the home stretch of the season.

This week on Behind Enemy Lines, I spoke to Mitch Fretton of SpursWeb to gauge how their supporters are feeling before this pivotal match. Here is how our conversation went:

Q: Tottenham currently sit in 7th on 49 points, 6 points behind 4th place West Ham. How would you evaluate Spurs’ season so far?

A: The general consensus among Spurs fans is that the season has been rather disappointing. Daniel Levy seemed to back Jose Mourinho on a much larger scale than what he did with Pochettino, which I think led to fans having high expectations for the season. Securing Champions League football is the main priority for the club every season, and it is what every fan expects. The position we are in now makes it very difficult to put much praise on the current campaign. The form of the teams around us mixed in with a massive drop in our own form recently is actually quite worrying. Yes, we do have the Carabao Cup final coming up, but we face one of the best teams in Europe. If we were to go on and lose that, the situation for us would be quite bleak. Every game has become a must-win for us, and the thought of missing out on the top four for two seasons in a row would prompt me to argue that overall, the season has been another poor one. It certainly has not met fan expectations and has caused quite a rift within the changing room itself. Europa League is a minimum, but Chelsea, Liverpool, and Everton are all in a better position than us, therefore I would have to sum it up as poor, or mediocre at best.

Q: I’ll be honest, I’m not the biggest fan of Jose Mourinho. How do you feel about his tenure as Spurs’ manager and what do you think the future holds in his time at the club?

A: I think the prospect of Mourinho has outweighed the reality of the situation. We sacked one of the best managers we have ever had for someone whose accolades are always going to appeal to a club like Spurs. It has reached the point where we are desperate for some silverware, and Levy clearly has the mindset of achieving that no matter the cost. Mourinho’s best period for us came through defensive football, something that we are not accustomed to as fans. If he does come through and win us the Carabao Cup, then perhaps that warrants another season, as technically that is why he was drafted in. His ideas have never really changed from when he managed Chelsea and United, but he’s been exposed for it this season. It is clear that he needs world-class players, and in particular defenders, in his squad for him to be able to play the style of football he is after. I think he is likely to be sacked at the end of the season if we finish empty-handed. I for one wouldn’t complain, but I also struggle to think of replacements for him. There is such a negative feeling around the club currently that echoes his tenure in Manchester; you really do wonder what it is about him that creates this bad blood between him and fans.

Q: Everton managed to snatch a 1-0 win at the Tottenham Hotspur Stadium back on Matchday 1 and outlasted Spurs 5-4 in a thrilling FA Cup Tie. What must Mourinho’s side do differently to avoid the same result on the third go-round?

A: The first game of the season is always so unpredictable. Nobody knows what to expect and the flow of the game is always tentative as nobody really wants to lose the first one. I think it was a case of whoever took their chance would win it, and you did. You overran our midfield and put pressure on our defence which is the way we crumble most weeks. The FA Cup game was a fantastic watch, you really couldn’t take your eyes off the screen. Again, I think it comes down to our defence as whenever we scored we switched off and let you come onto us, which is always asking for trouble with players like Richarlison and Calvert-Lewin around. Tom Davies had a great game that night in my opinion. He dictated the play and won the midfield battle. I think in order to avoid a repeat, we need to be aggressive. Most teams don’t like being pressed, and our best form of defence is attack. It is key that we dictate the tempo and play forwards, rather than sideways, otherwise it opens the door for individual mistakes, and we all know how many of those there have been in the Spurs squad this season.

Q: What are your thoughts on Everton’s season thus far and Carlo Ancelotti‘s time at the club as a whole?

A: I have been really impressed with Everton for parts of this season. I do think that as we are getting to the business end, you are dropping off slightly, but every team is scrapping for each individual point so all games are difficult. I love Ancelotti as a manager, I think he’s given the fans something to be excited about, and the project that is happening at Goodison Park is certainly one I will be keeping an eye on. Some of your performances this season have been very entertaining. The comeback against Manchester United and of course that FA Cup tie against us stand out to me. Calvert-Lewin and Allan have both been excellent in my opinion. I was actually hoping Spurs would try and snatch Allan from under your noses, but it wasn’t to be. I do think you will miss out on Champions League football, but Europa League is still very much up for grabs. It goes to show that when you trust a manager and invest in what they believe in, they can have a huge impact on the development of a club. He has clearly signed well-suited players that fit his style of play, and he has that winning mentality. I honestly couldn’t think of someone better to manage Everton.

Q: Who will win the match at Goodison Park on Friday and why?

A: I do think that you will complete the treble over us on Friday. I know you played on Monday night and fielded a weak team, but as a Spurs fan, there is such a flat vibe to the club when it comes to matchdays at the moment. It never looks like the players are bothered, and there are only ever a select few who leave it all on the pitch. Ancelotti will undoubtedly hype your players up for this one as it could determine whether you finish above us and get that step closer to European football. Mourinho’s eggs are all in one basket, and that is the Carabao Cup. With it only being just over a week away, he will already be focusing on that. Everton on their day are a top-class team and can beat anyone in the league, and I just cannot see anything other than another loss for us. I expect a high press and tight midfield battle again. Your fullbacks always give us problems and with Sergio Reguilon and Serge Aurier advancing so high up, it could cause huge issues on the counter-attack. It may well be the case of whoever scores first wins in a cagey game with a lot on the line.

So there we have it! I’m hoping that with the return of DCL, Allan, and more to the line-up, the Toffees will be able to secure an absolutely massive victory on Friday, but who knows when it comes to Everton this season. I’ll go for a nervy 2-1 victory for the Blues. My thanks to Mitch for taking the time to talk to me! You can find SpursWeb on Twitter @TheSpursWeb or on their website spurs-web.com. You can find me on Twitter @ParrettGost where I’m more than happy to discuss anything Everton or beyond! Stay tuned for my player ratings article directly following FT, where hopefully we’ll be recapping a massive win! Thanks for reading, and as always, Up the Toffees!