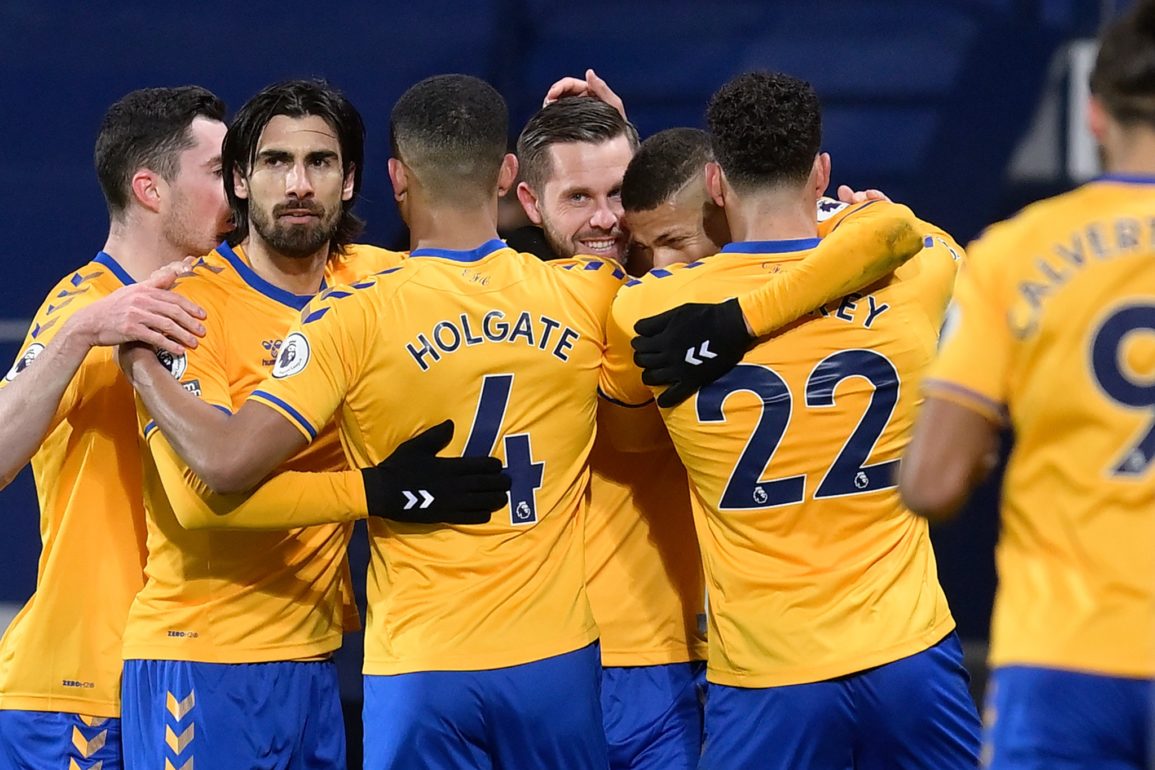 Another month has flown by with five games played with mixed results and disappointingly, the end of our cup competition involvement for another season. Five games that began with two wins that boosted hopes of a top four finish were followed by two losses that dampened hopes and then the exit from the FA Cup.

First up was Southampton at Goodison and a much needed win on home soil came courtesy of Richarlison as he took a super pass from Gylfi Sigurdsson to get around Fraser Forster and score from a narrow angle, avenging the first loss of the season way back in late October. The Hawthorns and West Brom managed by Sam Allardyce were proving a tough nut to crack until Carlo Ancelotti played a master stroke by sending Gylfi Sigurdsson on to immediately take a corner and at the second attempt, his cross was perfectly placed for Richarlison to net his fourth in four games and secure another win on the road.

Stamford Bridge and a Chelsea unbeaten under Thomas Tuchel proved a bridge too far as the Blues – Jordan Pickford apart – were too often second best and a two-nil loss was recorded. If this reversal at Chelsea wasn’t exactly a devastating surprise, what followed in the next game did fit that description. Burnley at Goodison was a game that needed to be won and on the day, we weren’t good enough as Sean Dyche and his Turf Moor marauders took the spoils on two fine finishes, first from Wood and then a ‘worldie’ from McNeil put the Blues behind the eight ball. Dominic Calvert-Lewin reduced the arrears heading home a fine cross from Tom Davies but, the loss of Jordan Pickford to injury before the break was definitely a factor in the resulting loss, despite a good second half by his deputy, Joao Virginia.

Game five was the FA Cup quarter final against Manchester City and with nobody unconnected to Everton giving us a pray, the players did well to hold City until the final ten minutes when the introduction – from a star-studded bench – of Riyadh Mahrez and Kevin de Bruyne saw the visitors proceed to the final four on two late strikes.

To the individual Man of the Match vote winners and we began with Richarlison taking the victory for the win over Southampton, narrowly edging Andre Gomes into second place. And our Brazilian ace followed it up with a much more convincing poll win for the away win at the Hawthorns over Fat Sam and West Brom. Next up was the loss to a resurgent Chelsea where Jordan Pickford was an even more convincing winner of the poll for his efforts at Stamford Bridge. The less than inspiring performance and loss at Goodison to a well-drilled Burnley saw Jordan Pickford retire hurt just before the interval and Joao Virginia take the plaudits for his clean sheet second half showing. And the young Portuguese goalie netted his second consecutive MotM award with a decent showing in the late FA Cup exit loss to quadruple chasing Manchester City with Ben Godfrey the runner up.

With ten games left to play in this strange season, there’s all to play for in terms of who will clinch the coveted GrandOldTeam Player of the Season trophy, so irrespective of results, every vote cast in the Man of the Match polls can and will influence who the eventual winner is. So please, keep those votes coming in, it’s a been a record-breaking season so far and with ten games still to play and be voted upon, the current standings are very close with no fewer than SEVEN players in serious contention for this seasons award.

Having dispensed with the ubiquitous plug for GOT, the forum and polls, let’s get to the golden envelope business and on with the top three vote recipients and the March Player of the Month result, and in time honoured fashion, here’s the result in ascending order of the votes cast…

In third place and reclaiming a place in the top three since he was PotM for December… Ben Godfrey.

Claiming a podium place for the first time this season, largely on his form away at Chelsea, second place and best wishes for a speedy recovery goes to… Jordan Pickford.

In a month of very tight voting that saw just sixteen votes separate the top three players in the overall poll, goals in the victories over Southampton and West Brom, saw a narrow victory with just under 18% of the total vote for the month, the congratulations go to the GOT Player of the Month for March… Richarlison.