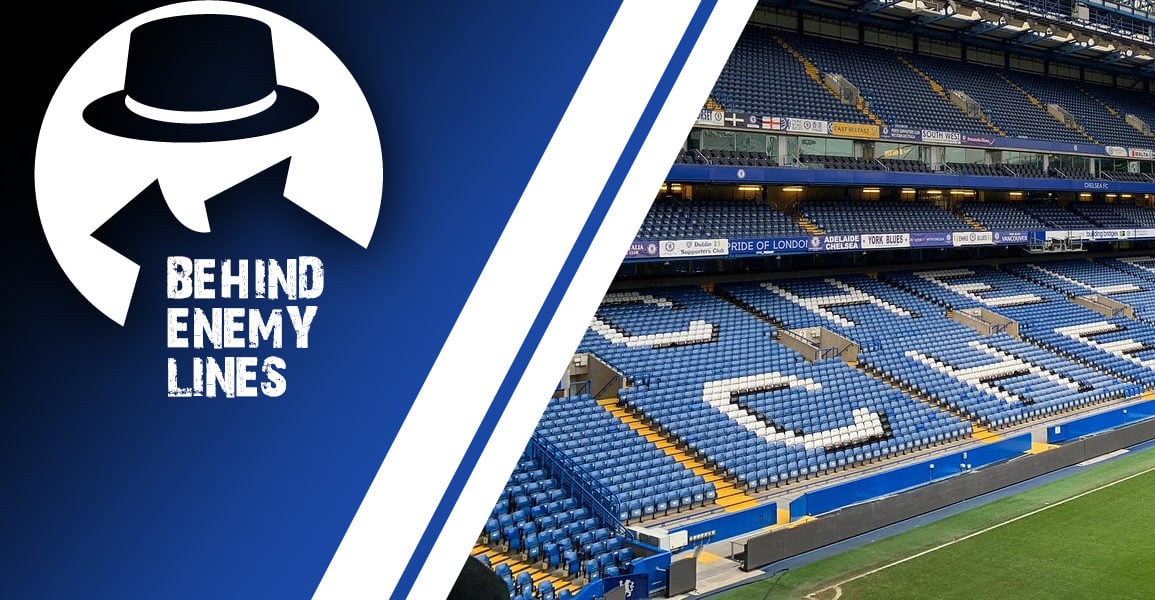 After three wins on the bounce, Everton will face one of the toughest and potentially most telling fixtures of their European charge so far when they face an in-form Chelsea side at Stamford Bridge on Monday night.

The Tuchel era is well and truly underway in West London, as, since the German’s appointment, Chelsea have stormed their way right back into the Top 4 scrap, which will likely be up in the air until the final day. The Blues are yet to suffer a single defeat in all competitions under Tuchel’s tutelage, but Carlo Ancelotti & co will look to be the first to break that record.

Everton have not won a Premier League match at the Bridge since 1994 when Paul Rideout’s 39th-minute goal was enough to secure a 1-0 victory. However, The Toffees have already broken many a record this season, so you wouldn’t put it past them to tick another apparent hoodoo off the list. With that said, it should be a very intriguing match for Monday Night Football, and all the eyes will be on what could end up being a pivotal game in determining who has the privilege to compete in next season’s UEFA Champions League.

This week on Behind Enemy Lines, I spoke to Will Reyner, a young writer like myself who is a contributor for The Chelsea Social. Here is how our conversation went:

Q: After an up and down start to the campaign, Chelsea currently find themselves in 4th on 47 points, just 4 points off 2nd. How would you assess the Blues’ season so far?

A: This season has been completely bizarre, meaning it’s very difficult to judge it, especially with the managerial change we’ve had. Although we’re currently sitting 4th only 4 points off 2nd, West Ham and Everton have got games in hand to potentially go ahead of us so I’d be lying if I said I wasn’t somewhat disappointed with that. With the money we spent in the summer, I really expected to be challenging for the league title but things under Lampard, unfortunately, went horribly wrong. Tuchel’s appointment has been a breath of fresh air though and the results so far have offered Chelsea fans hope that this could end up being a successful season. But I’d say, on the whole, it’s been slightly disappointing, but we still have the potential to make it a good season.

Q: Many people, myself included, criticized the decision to sack Frank Lampard, but it’s clear to see that Thomas Tuchel has significantly improved this Chelsea side. What specifically has he done to turn their form around?

A: Lampard’s sacking was genuinely devastating and was tough to take at the time, but things have got significantly better since then. Tuchel has done a magnificent job so far, and we’ve secured some massive results, most notably winning at Anfield recently and also beating Atletico Madrid away from home. Tuchel has undoubtedly changed our form around and he’s done that by making us defensively solid. We’ve conceded only 2 goals in 10 games which is a brilliant record. He’s getting the best out of players that were underperforming under Lampard. Rudiger and Christensen have looked absolutely brilliant at the heart of our defence and players like Jorginho and Azpilicueta are offering a lot more than they did under Lampard. The 3-4-3 system we play has made us tough to beat and that is why our form has turned around under Tuchel.

Q: In the reverse fixture at Goodison Park, Everton held Lampard’s Chelsea to zero shots on target in the second half, despite the fact the Toffees held a 1-0 lead for most of the game, and that would be the final scoreline. What must Chelsea do to avoid a similar result this time around?

A: Quite simply, we’ve got to play better than that day. Not taking anything away from Everton as they played very well, but we were hopeless in the reverse fixture and that was the game where things started to go wrong under Lampard, ultimately causing his downfall. We’ve got to move the ball quicker than we did on that day, we’ve got to test the goalkeeper more, and we’ve got to be less sloppy in defence. We actually gave away 2 penalties that day with one being ruled out for a marginal offside. That was one of Chelsea’s most poor performances in recent times and I hope it won’t be replicated on Monday. We must avoid those mistakes, be more physical, and also be sharper on the ball.

Q: What are your thoughts on former Chelsea boss Carlo Ancelotti’s tenure as Everton manager and how high do you think the Merseysiders will finish this season?

A: I think Carlo has done a great job at Everton so far. He’s got Everton playing some great football at times and has secured some massive results for you. He’s the first Everton manager to win at Anfield since 1999 which shows he’s doing something right. Being one of the best managers in the world, he obviously has a lot of pull power when it comes to transfers. James Rodriguez, Allan, Doucoure, and Godfrey have been great signings with Godfrey impressing me in particular. He brings in a certain calibre of player that other managers perhaps couldn’t. With Carlo as manager for a few more transfer windows and the new stadium not a million miles off, Everton could become a powerhouse in this league. Personally, I think Everton could well secure a European spot this season. It’s so tight in and around those spaces so there really is no reason why they can’t. I genuinely reckon Everton will finish 4th or 5th.

Q: Who will win the game at Stamford Bridge on Monday and why?

A: I think the game on Monday has draw written all over it. Two very strong sides with two class tacticians battling it out. Although we have only conceded 2 in 10 I think the in-form Richarlison will score and I also back our very own Mason Mount to score against Everton at the Bridge just like last season. I’m going for a 1-1 draw on Monday as I don’t believe there is much separating the two sides.

So there we have it! I’m personally not super optimistic about this fixture, as I think Everton have been getting slightly lucky with their results recently when you compare them to their performances as a whole, and I suspect that might catch up with them at the Bridge. I’ll go for a 2-1 win for Chelsea. My thanks to Will for participating; you can find him on Twitter @willreyner or writing for @TheChelsSocial. Thanks for reading, and as always, Up the Toffees!