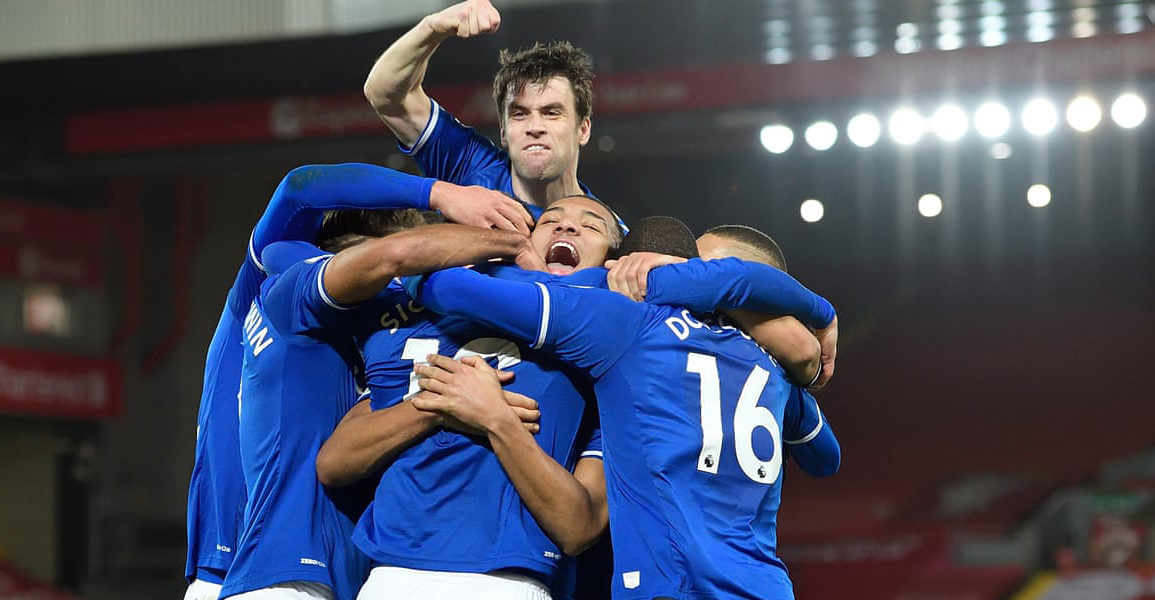 Welcome back to ‘Everton Power Rankings’, the series where I countdown Everton’s Top 5 players at the moment as adjudged by yours truly based on their performance, impact, consistency, and importance to the team.

As I have stated in the past, although the series updates monthly, the rankings are not solely based on the past month’s fixtures but I will consider them more heavily during my deliberation in comparison to earlier parts of the season.

This month’s episode comes off the back of a short turnaround, as January’s edition wasn’t published until we will already a week into February, but with that being said, Everton played 6 matches in all competitions in February and the victory on March 1st over Southampton will also count for this issue. So without further ado, let’s get into the rankings!

Reigning top-spot holder Ben Godfrey falls a bit in this month’s rankings, but not particularly of his own doing, but rather due to the performances of others ahead of him. Over the past month, he has been employed mainly at center-back, the third position he’s started at this year, and has done well overall. He was particularly brilliant in the Derby, but then again most were. That tackle on Shaqiri was a work of art, and I don’t see Ben Godfrey being dropped out of the Starting XI any time soon. He’s been astoundingly consistent for such a young and inexperienced player.

Look, I’m not a big fan of Gylfi Sigurdsson and I absolutely want us to sell him this summer, but I can’t deny the fact that he belongs in the rankings this month. He had 7 goal contributions (3 goals, 4 assists) in February, the most in the squad during that time span. Yes, 4 of those came in the 5-4 thriller in the FA Cup, but he also scored at Elland Road and has finally become reliable from the penalty spot after missing from the spot three times in 2018/19. However, Sigurdsson was positively dreadful against Fulham and still cannot seem to put together a complete performance, and so I could not put him any higher than 4th in good consciousness.

Everton’s Number 9 isn’t helped in these rankings by the fact he picked up a hamstring strain in the first half of the dramatic extra-time win over Tottenham, but his inclusion is still necessary considering he scored in the first two games of February and won a penalty off the bench at Anfield, not to mention how clear his absence was during that horrendous loss to Fulham. Hopefully, he will get back on the scoresheet at Hawthorns and get back into a scoring run during our push for Europe.

It seems that Ben Godfrey and Michael Keane are having a competition to see who is Everton’s most consistent center-back. This month the nod goes to Michael Keane, who I thought was excellent against Leeds, Southampton, and most of all Liverpool. He was simply colossal at the back in those games and put up some very impressive numbers, such as his 7 aerials won and 6 clearances against the Saints. If Keane does not make Gareth Southgate’s squad for the Euros, someone might want to ring the Police to report a robbery.

Richarlison is BACK! The Brazilian finally found himself again during February, scoring 5 in his last 5 in all competitions and 3 in 3 in the Premier League. When you compare that to the fact he scored only 2 in his 18 previous league matches, it’s clear to see that the Pombo we know and love has returned. He’s been timing his runs to perfection and has been lethal in front of goal. His goals against Spurs were fantastically taken, not to mention his goal in front of the Kop and his ice-cool finish from an acute after rounding Fraster Forster. Despite being out of form for most of the season, Richarlison has rediscovered his best, and we need him to keep it up for the final stretch of the season while we hunt down a European place. Based on the last month, no one else was even close to taking the top spot from the Pigeon. Pru Pru!