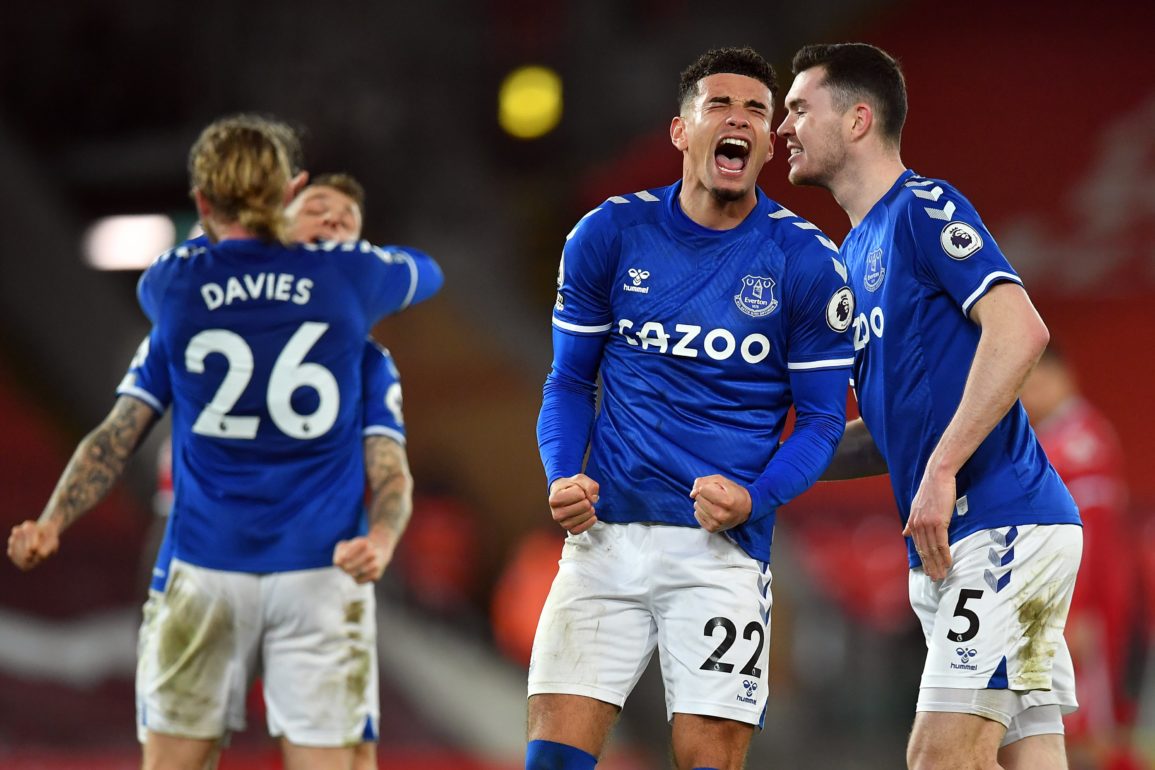 The dust is settling (well maybe not just yet) on an all-too rare Everton win at Anfield. Wounded animals Liverpool were dispatched in a manner that was both clinical and professional; something that is in the image of our Italian tactician at the Goodison helm.

In a fixture that so often is the stuff of nightmares for the blue half of Merseyside, it made a refreshing change to hear our Club captain address the media on what it means to the fans, the team and Everton Football Club as a whole.

It was the kind of speech that we wanted from Seamus Colemen. Not his fault, but the dressing room leader’s frequent rallying cries of how the team needs a response following a below-par performance often gives a sense of deja vu to those still bruised by missed opportunities to capitalise on slip ups of other teams or progress in a cup competition.

For years the dissections of what is fundamentally wrong at Everton has seen the discussions of players lacking quality, squad depth, mentality? All true and all part of the debate.

But it is the latter point that is my topic for this piece. Building a team takes time, and the scattergun approach of Steve Walsh and a succession of managers signing players on big, long contracts, makes it all the more difficult for Carlo Ancelotti and Marcel Brands. It would be unfair to say that every signing was poor; Michael Keane is proof of patience and perseverance, but a recurring theme that struck me was the lack of leadership coming through the door. Players more than happy to be silent, onfield passengers all too willing to accept defeat and collect their money. So often would I look for the leadership that ran through our all-conquering side of the eighties, or even the Dogs of War, who mixed terriers with pedigree, combined with vocal leaders all over the pitch.

Even David Moyes’ sides could boast personalities like Tim Cahill and Phil Neville, the latter admittedly not the greatest with a ball at his feet, but led by example nonetheless. Had the Scot known how to really accommodate a centre forward before Alex Ferguson chose him, who knows?

This season’s transfer business has been as much about outgoings as it has been about arrivals. While the need for midfield reinforcements was addressed, with many still pinching themselves on a daily basis that James Rodriguez plays in Royal Blue, or enjoying the steel and determination brought by Allan, or applauding the fitness levels and work rate Abdoulaye Doucoure brings to the party, it is the summer window acquisition of a centre back from Norwich who has many talking.

The versatile Ben Godfrey, acquired on deadline day for an initial fee of around £20m, was one that perhaps went under the radar due to the aforementioned acquisitions. With Yerry MIna, Keane and Mason Holgate already in post, opportunities may have looked scarce for the former York player, who showed off his boxing ability to his new fanbase before his footballing prowess, thanks to the internet. A solid debut against Liverpool in October, which saw him replace Seamus Coleman, saw the England Under-21 star produce an assured display in a game best remembered for an incident Sky Sports and written media are always happy to remind us of.

An injury to Lucas Digne saw the 23-year-old assume a role as full back on the left hand side. A centre-half by trade, Godfrey took the task with minimal fuss, with his no nonsense style proving popular with the Goodison faithful, who will be desperate to return to the famous stands of the Old Lady. Such was the consistency of his performances, Carlo has occasionally accommodated the league’s best left-back (check the stats) further forward with Mr Versatile providing the rock solid cover behind.

17 league appearances later, Godfrey is now considered by many as undroppable and should be accommodated anywhere in the backline, or midfield if need be. Strong, explosively quick, he plays without fear and is not afraid to indulge in the dying art of tackling. With an attitude and mentality to win at all costs, the former Norwich man has become a dream for meme makers, with his two-word response to whoever during Everton’s celebrations after grabbing a late equaliser at Old Trafford, being just as popular as his explosive pace and his you-shall-not-pass style of tackling.

Is this character trait part of the reason that Everton chose to part with the cash for his services? Have they finally found a manager in Ancelotti who desires those leadership qualities as much as what a player can do with the ball?

Without fans in stadiums, the silent star has been more easily identified, although Everton’s ranks have had their fair share over the last few years. So often directionless, how we have yearned for the vocal warrior to rally the troops, stir the desire and drive his teammates over the line when hard work is as required as much as the sublime skill possessed by Rodriguez.

Only time will tell, of course, and with a number of ‘winnable’ home games on the horizon, those vocal leaders will have an essential part to play if the Toffees are to finally be set free and fulfil their potential and the dreams of their, loyal, hopeful, but often disappointed, supporters, realised.