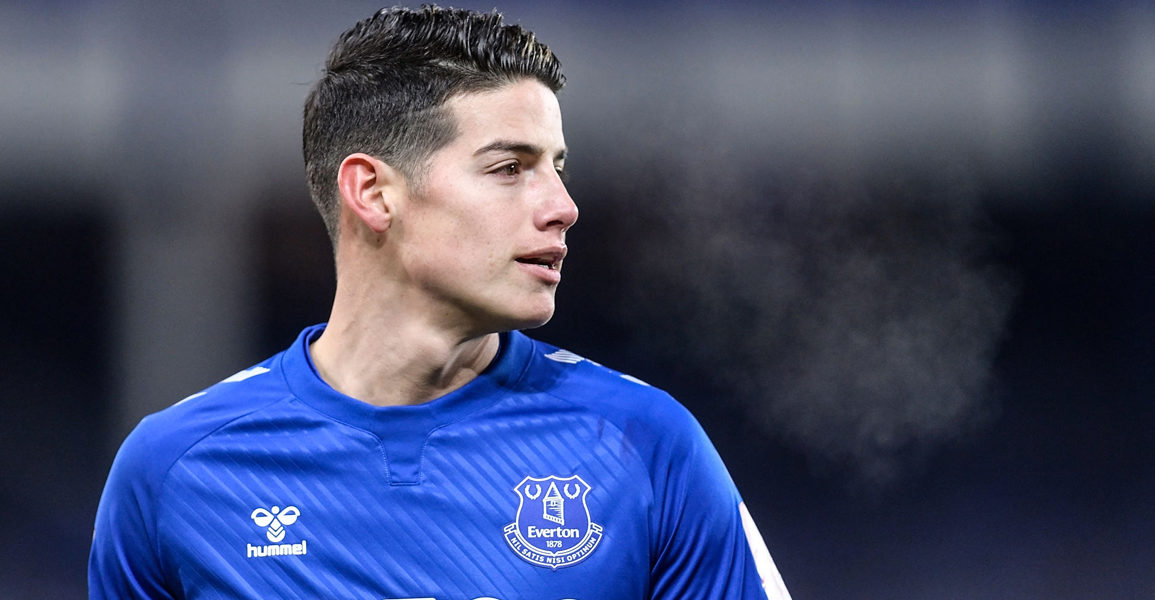 James Rodriguez: I Am Happy

James Rodriguez is enjoying his time at Everton.

A recent report claimed Rodriguez, who joined Everton from Real Madrid in September last year, was unhappy and wished to return to Spain.

Rodriguez told Marco Claro: “I am happy. We all know it is a new stage for me. Almost 30 years old, I am fine. I am happy for every new thing that is added to my life. It all adds up.”

James, who played an instrumental role in Everton’s 2-0 victory over Liverpool at Anfield, said he was happy to have helped Everton make history.

“It was tough. Everyone knows that Liverpool is a great team. I think it’s a team that is in the top 3 of those who play football well. I’m happy to have helped my team win today. Since 1999, we haven’t won (at Anfield), so we’ve made history. I’m happy I was there. I hope we can continue well.

On what is ahead for Everton, James Rodriguez said: “Something tough is coming for Everton. Everyone knows that in the Premier League every three days, every game, it’s like a final. You have to be ready and have a strong mind to win.

“We always want to win. There are games in which things go well and others in which things go wrong. Football is very physical now. There are teams that don’t have much quality, but they want to win by force, making fouls. that we are ready in each game and what we do want is to play well. Sometimes it happens and sometimes it doesn’t, but hey … it’s part of football. “