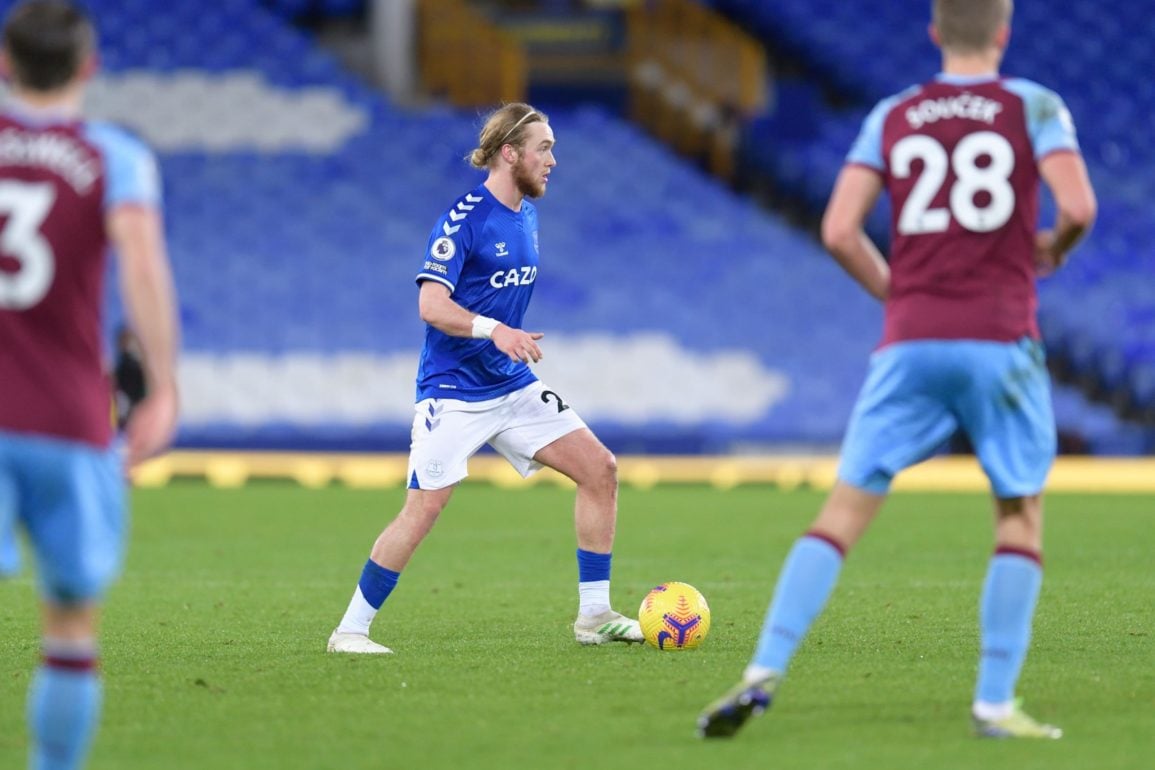 Tom Davies and the Social Disconnect

Is there a difference between a football fan and a supporter?

Derived from ‘fanatic’, the word fan suggests a similarly extreme interest in something.

‘Supporter’, on the other hand, suggests a more literal meaning – supporting something or someone, whether that’s verbally, politically, financially, etc.

So are they the same? Or does each have attributes that the other does not?

It could be argued that not only do both exist within football stadiums (in a pre-pandemic world), but that it’s possible for someone to be both at the same time.

However, certain behaviour can tip the scales too far towards ‘fan’ and disqualify ‘supporter’ status.

When you go to watch your child’s football match, what is your attitude to a misplaced pass?

Watching your own adult Sunday League team, do you tell a player to “f*ck off” and call them every name under the sun if they aren’t playing well?

Keep going further up the ladder and you get to semi-professional teams – do you go on social media to target individual players and call them sh*t?

We don’t do any of these things because we are human beings and recognise that it’s not constructive to treat fellow human beings that way.

Empathy is a hell of an emotion for those of us who are lucky enough to still feel it – those of us yet to be engulfed by a hate-filled world.

At what point do we suddenly decide that professional footballers – especially elite ones – are exempt from this?

To emphasise, we’re not talking about simply using social media to discuss who did or didn’t play well.

It’s the angry and/or mocking posts towards people who play for your team.

People you are supposed to support.

When this happens, the ‘fan’ in us is given full control while the ‘supporter’ takes a break.

There is no excuse for being abusive towards players online or at a match, but you will often see examples of both.

Social media particularly is becoming a place for people to vent their every frustration.

With no real threat of accountability, users feel like they can say things to thousands of people that they wouldn’t dare shout in a crowd.

You will find much more hideous examples in reality, but for the purposes of this we will simplify it to ‘x player is sh*t’.

When someone goes onto their public social media profile and posts ‘x player is sh*t’, that comment is attributed to them.

They said it, and have to accept that this is not the same as a discussion between a few friends in the pub.

Once comments like that are said, they are gone – heard only by the people present.

But they are posting this to the world, where it will remain available to view indefinitely.

What is its purpose? Other than a detrimental one, what effect is it going to have on someone you supposedly support?

It’s not always the case, but so much online abuse seems to come from anonymous accounts – people who use pictures of footballers as their profile photo and don’t include any details of their actual name or identity.

This adds another level to them avoiding accountability for their posts.

An interesting example of how people speak about footballers can be seen if you compare your club’s men’s team with your club’s women’s team.

The profile of women’s football has risen in recent years, but it’s fair to say a lot of people would prioritise watching their men’s team.

It would also be fair to suggest that a lot of people are fanatical about their men’s team, while they are ‘merely’ supporters of their women’s team.

And so we return to the definitions discussed at the start of this piece.

The women’s team will not get as many hateful comments after a defeat, because they have more ‘supporters’ than ‘fans’.

On top of that, the smaller profile of women’s football makes these players seem more relatable than their millionaire counterparts in the men’s game.

They are still professional footballers, but their lives seem more similar to ours in the way that lower-league men’s players do.

That’s not to say that elite players at the top of the game – male or female – should be subjected to such negativity from people calling themselves supporters.

Those who become international stars do so by being very successful, and as a result of that they are generally loved by anyone associated with their club.

But even world class players can have bad patches, which unfortunately leads some people to insist said player is now sh*t and should be sold immediately, etc.

And even if it was true, what is being achieved by posting it?

Football clubs have complex structures in place to assess their squad – they are not going to see your disparaging tweets and suddenly decide you know their job better than them.

It is quite easy to discuss things civilly, rather than making a show that you quite clearly hate this person who plays for your team.

Some people seem to think Twitter is a game of slagging off your own players, and whoever does it the loudest is the winner.

It’s social media terrorism towards your own team, and too many are being converted into extremists.

What enables a lot of online hate is the idea that footballers are immune to it – like water off a duck’s back.

Many of them will be mentioned thousands of times within a few hours if their team is playing.

Possibly millions of times for the biggest stars.

When they’ve played well, social media will be full of fans singing their praises.

When they’ve not played well, it can be a dark place.

Criticism is part and parcel of the game, and social media does lend itself to allowing people to discuss the good and the bad.

But there is a difference between that and the people posting ‘x player is sh*t’.

Such definitive statements and name-calling, usually based on anger or hate, are the weapons of a fanatic.

There is no support within them.

If you’d be embarrassed to sit down with the player and read out your tweet to their face, then maybe you’re the problem.

If all you’d done was said they’d not played well – even if you’d said they were playing sh*t – they might actually agree with you.

You probably read the title of this piece and are waiting for Tom Davies to be mentioned.

But Tom Davies is just a topical example – every club has fans who post such poisonous comments about their own players.

There is a pertinent point about the abuse the Toffees midfielder receives, though.

Tom Davies and James Rodriguez both play for Everton, but they live very different lives.

It should be beneath Evertonians to call either of them nasty names on the internet.

Hateful posts should be called out whoever they are targeting.

If this was to happen to Rodriguez, however, he has reached a level of stardom where these things likely go unnoticed.

Ignorant people feel free to express such hatred because they believe in this protective bubble.

The big mistake is the belief that everyone gets this bubble, regardless of whether they are an international superstar or a young kid out of the academy.

Fans treat players like mythical characters who they will never encounter in real life.

Not human beings, like other footballers further down the pyramid.

Football has the power to create celebrities, which pushes the idea that they all live in a different world to the rest of us.

But some live in a world much closer to our own, and people mistakenly believe they are as protected as their internationally famous colleagues.

Tom Davies probably moves in the same circles as many Everton supporters.

Liverpool is his home, and he has been at Everton since the age of 11.

He doesn’t have a Twitter account as far as we know, but it wouldn’t be surprising if he had an anonymous one that was following the major Everton fan pages.

It would be disheartening for him to see one label him as a “Talentless, unambitious, sh*te footballer with no potential whatsoever” and a “F*cking ming”.

That was only in July last year.

They now want to celebrate him playing well.

That’s not how it works.

If we can try to show some maturity when it comes to supporting our team, we will all be better off for it.

And maybe one day the Evertonian currently bossing it in our midfield will be able to turn comments back on for his Instagram posts.

Up the Toffees and Viva Tom Davies.