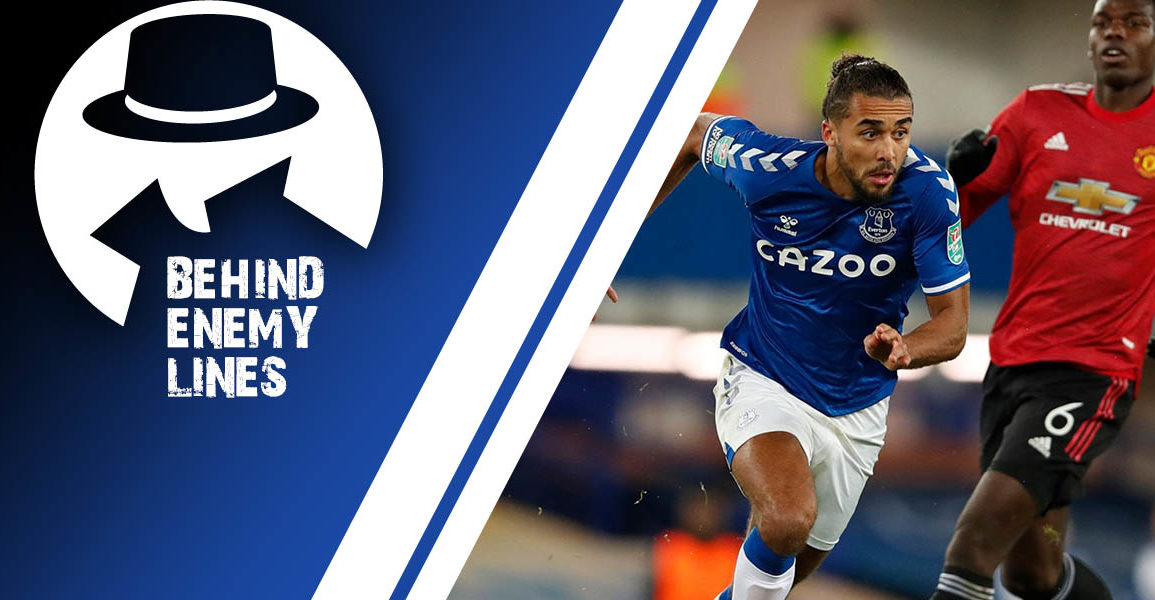 Behind Enemy Lines: Manchester United (A)

After picking up a crucial three points at Elland Road against Marcelo Bielsa’s Leeds United, Everton travel back up north to take on title contenders Manchester United on Saturday at the Theatre of Dreams, Old Trafford.

The Red Devils have enjoyed a prosperous Premier League season, especially on their travels, but have experienced some hiccups at home, such as their recent 2-1 loss to bottom dwellers Sheffield United last Wednesday.

Meanwhile, with the win at Elland Road, Everton have already won their 7th away match of the season, a figure Everton have only reached once in the past 10 years, during the 2013/14 season in which they won 8 away matches in total.

Everton will look to equal Roberto Martinez’s feat just 21 games into the season with an upset victory over the high flyers from the red half of Manchester. The last time Everton were able to secure victory at Old Trafford was that same 2013/14 season when Bryan Oviedo’s winner snatched all three points from former boss David Moyes during the Scotsman’s only season in the dugout at United.

This week on Behind Enemy Lines, I spoke to Ash from the podcast “Talking Manchester United”. Here is how our conversation went:

Q: United currently sit 2nd on 44 points, just 3 points behind League Leaders City who have a game in hand. However, they were dumped out of the Champions League and sent into the Europa League for the second consecutive season. At the moment, what are your overall feelings on the season and Ole’s tenure in general?

A: I think it’s been an excellent start to the season in regards to the league so far. No one, even us as fans, would’ve expected us to be so high up the table at this point. We’ve shown a lot of resilience and character this season which has been missing in the previous campaigns, which is why we’ve gained so many points from losing positions this season. I still don’t think we’ll have the legs to win the league (I think City look a bit too strong), but if we can finish maybe 2nd or 3rd and grab a cup on the way, it’ll be a good season. The Champions League was massively disappointing for us, especially as no one expected us to qualify yet we topped the group for so long and still went out. Hopefully, we can blood in some youngsters in the Europa League and focus more on the Premier League as our primary target.

Q: Last time out, United hammered Southampton by 9 goals to nil, a scoreline Saints fans will be all too familiar with. For you, what was the most impressive aspect of that dominant display?

A: I think obviously with the red card coming so early, it definitely had an impact both tactically and psychologically on Southampton. What impressed me though was our ruthlessness in front of goal. We never looked like we were in danger of taking our foot off the gas and we created so many good opportunities, something which we’ve struggled with at times. We need to carry this forward now and start putting away the better teams if we’re serious about challenging for the league this year.

A: Having beaten Everton twice this season already, many will think this one is a foregone conclusion. I don’t see it that way though. Both times we’ve played Everton this season it’s been at Goodison Park, and being as our away form has been so good over the last 13 months, I’d be much happier if this one was played there as well! We play at our best when we’re sitting back and looking to play on the counter. When the onus is on us to take the game to the opposition, we struggle a lot more. See the game against Sheffield United for reference. There’s just something about United playing at Old Trafford at the moment which worries me. Our form has improved, but I always feel vulnerable taking the game to the opposition and being played at our own counter-attacking game. I think to ensure we get the victory against Everton, we need to press high with plenty of energy and take the game to you to catch you off guard. We also need Bruno Fernandes to rediscover his form and the central defensive partnership to be immaculate. If those things happen, we should win.

Q: Everton currently sit in 6th place, just 4 points off the Top 4 with two games in hand. With a fully fit squad just on the horizon, how high do you think Carlo Ancelotti’s squad can finish come the end of the season?

A: Everton massively impressed me at the start of the season. They looked well organized, looked like they were enjoying themselves, and were playing some great football. Your form hit some patchy spells though and some surprise results have maybe stopped you from being even higher in the table. Providing you keep everyone fit and grind out some wins against trickier opposition, there’s no reason why you can’t finish in the Top 4. This season has thrown a lot of surprises at us so far and seeing some of the football you’ve played this season, it wouldn’t be a surprise to see you finish up there providing you stay consistent and the teams around you continue to drop points.

Q: Who will win the game at Old Trafford on Saturday and why?

A: As mentioned earlier, I haven’t felt comfortable playing at Old Trafford of late, but given the last result, our confidence must be sky-high. Providing we can harness that in the correct way, I think we have enough to win the game. If we take you too lightly though, I fear the presence of DCL and Richarlison and the quality of James may prove tricky for our sometimes unsure defensive line. However, my final prediction is 2-1 to Man United. Hopefully, the likes of Bruno and Pogba can exploit the defence and create enough chances for our forwards to put away. Good luck with the rest of the season!

So there we have it! I agree with Ash, and I think it’s very likely Everton will leave Manchester without any share of the points. That being said, I’m hopeful that Ancelotti’s men can provide United with a good game and can hold their heads up high after the game because of the effort they put in. My thanks again to Ash, who you can find on Twitter @AshBoio or @TalkingMUPod. You can find me @ParrettGost, and I’d love to hear your feedback! Stay tuned not only for my Player Ratings after the game but also for this month’s edition of Everton Power Rankings which will be coming soon! Thanks for reading, and as always, Up the Toffees!