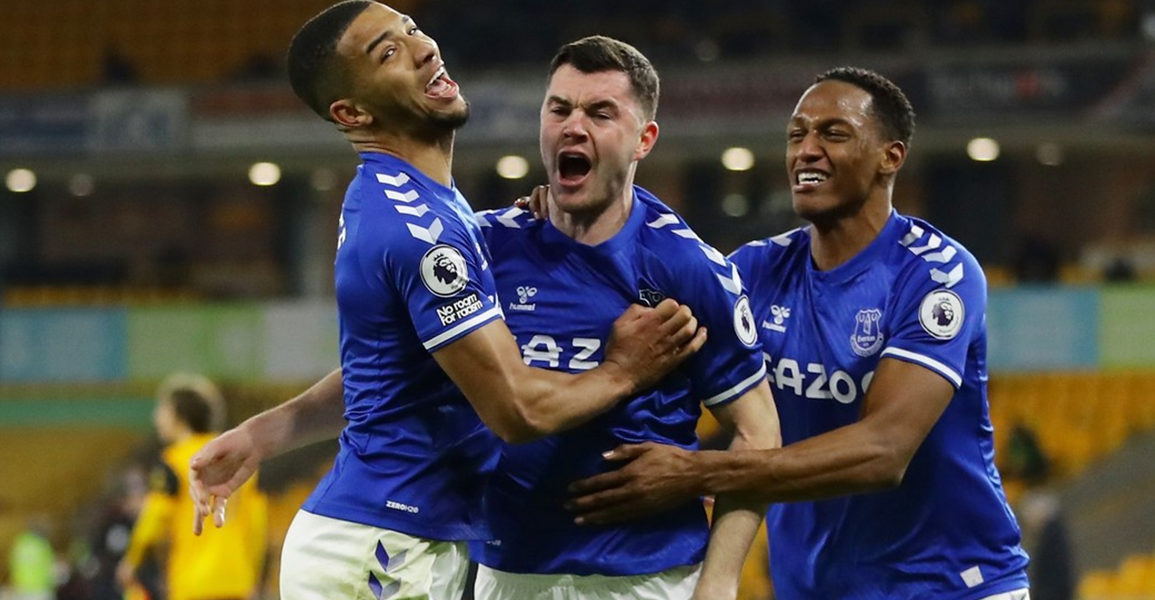 Case for the Defence

Prior to the Chelsea game the season was looking like it may start to spiral. December had threatened to be a very challenging month, with big 6 sides Arsenal, Chelsea and Manchester City crammed in alongside an away trip to increasingly well organised Leicester. While progress had certainly been made the risk was we might see a short term blip term into a medium term challenge, with pressure potentially mounting on a manager who is undoubtedly pushing the club in the right direction. A run of 5 points from 7 games had seen us slip from an initial perfect start to languishing in 9th and having surrendered any momentum gained by the early start.

On reflection the point at Burnley was a more important moment than we may have initially credited. Their own subsequent run from that game is evidence for this. Likewise the win at Fulham looks better by the week, though the horror show against Leeds looks worse. Some of the seeds of a turnaround blossomed slightly before the Chelsea game though. One thing that occurred, prior to the Chelsea game, was young centre back slotted in admirably at left back at Burnley and didn’t put a foot wrong all game. 7 games later and thats still very much the case.

The run of 7 games that have followed have seen us take 16 points from the next 7 (an improvement of 11 points). I remember saying before the Chelsea game, a similar run to the one we were own would have seen questions (wrongly in my view) being asked of Ancelotti. Had we repeated 5 from 7, we would have 22 points and be sat next to Burnley, albeit with some games in hand, but a huge amount of regret and as stated questions. Ancelotti deserves enormous credit for not just halting the mini slide but getting us right back in the mix.

How has he done it? Not through offensive play. In the latest set of 7 games we have scored 9 goals versus 8 that were scored in the previous 7. A slight uplift in performance. The big difference has been in the defence. We have gone from 16 goals conceded across 7 games to 5 goals in 7 games, conceding under around 30% of what had been done previously.

It’s worth pointing out, that it is the tactical flexibility, experience and quality that we have bought into with Ancelotti. We seem to have had a series of managers after David Moyes (and to a degree including David Moyes) who have persevered with a particular system even when to all available evidence it is not working. What the Ancelotti experience crystallizes, is as a club, from owner down to fans, there remains an expectation that things need to work, and work quickly. Forget any manager who needs 18 months to 2 years to to get his system working. He will be long gone (as we see from Silva). But Ancelotti to his credit will change things, and keep changing them until he finds something that works.

There is an element of humility to Ancelotti that also comes with age. Ben Godfrey is not a left back. You can make a case that Holgate may be a right back, but Godfrey would never be viewed as a leftback, yet when Chelsea- arriving on a long unbeaten run 3rd in the league he was brave enough to keep the young centre back in the position he had shown promise the week before. A younger manager, more keen to prove a point may have opted for the more dynamic solution of a younger player playing, but he was brave enough to make a big call and deserves the credit that follows it.

Without trying to make a case of predicting the future, I felt a move to playing CB’s at fullback may have been an option as early as this summer. Ancelotti is a pragmatist and the Italian instinct is to look to be solid defensively first. They are no strangers to playing competent defenders, and indeed centre backs at fullbacks in great teams. There is a prevailing wisdom that fullbacks have to be akin to wingers. It’s a modern phenomenon (indeed one started by ourselves with Coleman and Baines) but the idea that trends in football remain fixed for eternity is short sighted.

If we start with Godfrey, he has really excelled at left back. He’s powerful and quick without the ball and relishes going man to man with wide players. He seems to be more aggressive than he is in the middle. He’s also prepared to defend narrowly at times and allows us to funnel opponents wide as a 3rd/4th big defender attacking crosses. On the other side Holgate has been somewhat eclipsed by the emergence of Godfrey, but is having a deceptively good season. There is some discussion that he isn’t doing as well, I sense it’s more that the players around him have improved. He has gone from a side in the bottom 6 to one in the top 6 and gon from looking one of the better players to potentially one of the weaker ones. It is a mark of progress. I wonder if his future could be at fullback. He is smaller than most centre backs and not blessed with the best spring. That being said, on occasions when he has gone inside, he has been very impressive. However he is a really good side for a modern fullback and is also very aggressive with opposing wingers.

The improvement from fullback has really been matched at centre half. Since lockdown Michael Keane has enjoyed his best run as an Everton player, and this season the same has to be said about Yerry Mina. While Keane showed good form under Marco Silva, he was very reliant upon being with the right partner (at that stage Kurt Zouma) and essentially fulfilling the role of the stopper, which he did admirably. What we now see is a defender who is a leader, and can adapt his game to players around him. At times he plays the role of sweeping in behind, and carrying the ball out of defence with Mina, while at times also contributing crucial blocks and headers in and around the box.

Mina has finally shown he can be fit, and like Keane is showing more dimensions to his play and that he’s a bit more than a stopper who enjoys a battle with a centre forward. Increasingly he has started to carry the ball out and his distribution is a little underrated.

Individually each of them are having good seasons, and together they look a balanced unit. Holgate and Godfrey can tuck in tightly and help fill in spaces between centre backs, which is again helping the central 2. This is quite rare with a defence, and it looks as well a drilled back four as we have had since the Moyes era. It is easy in many ways to sign good defenders, but much harder to get them to gel as a defence who can compliment one another.

In the above run of games together, to concede just 4 from 7 is a very good achievement, especially in such difficult games and it is beginning to hint at it being more than just a small number of lucky games. Once you start getting to 10+ games you are begin to see trends emerging. For Ancelotti he deserves credit not just for putting them together, but also being brave enough to keep them together, when other players have returned. Yet you have to say this faith is now going to be tested more than at any point.

Following a tricky run, fixtures do begin to turn. Whether we need 4 cb’s playing at home to Newcastle or at Leeds is open to debate. There is also a perverse situation that Lucas Digne, arguably the best left back in the world and almost certainly the best player in the squad is not being used in his natural position. You get the sense that Richarlison is not quite at his best offensively in this system and currently Alex Iwobi is being left out who has done little wrong to deserve to be so. There are questions about whether we can be offensively dynamic enough in open play, with fullbacks who’s main forte is defending. These are all challenging decisions for Ancelotti.

Tough though it is, I would be tempted to stick with the back 4 that has gone a long way to dig us out of a hole. We are not having to score a lot of goals to win points, and between the magic of Rodriguez, free kick ability of Sigurdsson and danger of set plays with our centre backs you feel we will find ways to score goals. Dominic Calvert Lewin remains a player who can score goals out of very little with his ability to leap in the box.

If Ancelotti could have 3 things from now until the end of the season. The first would be for Calvert Lewin to regain full match fitness, secondly that James can remain fit and finally for Richarlison to rediscover his attacking mojo which has been somewhat lost. I sense over and above moving Digne to left back these changes would help our attacking output to a greater degree. The 1st is almost a given, the second we may need a bit of luck and the final 1 may be tied to jettisoning the system I’m championing (though it may not be). But those 3 things, allied to the defensive stability we have shown, and you start to have the makings of an elite team.

As it stands though the numbers are promising. As indicated 4 goals conceded in 7 and picking up 16 points at nearly 2.3 points per game. If we maintained that across our next 20 fixtures we would pick up another 46 points and finish the season on 79 points. The Sporting Index points spread estimates would have us finishing 2nd with such a total- probably 6 behind only Manchester City. That is probably the top end of the range, to expect a side to keep to 0.57 goals per game over a prolonged period (even with generally easier fixtures than the sample of 7 we have).

If we move to a position that this defence cannot keep going at 0.57 goals per game, but could maintain conceding 1 goal per game it is also an interesting metric. It’s overly simplistic, but if you plug in our run of the last 7 matches, and average it at conceding 1 in each game we would pick up 12 points from 7 games (around 1.7 points per game) and if extrapolated across 20 games it would give us 34 points and see us finish on 67 points. The same Sporting Index tracker has Leicester finishing 4th with between 66-68 points, so we would be right on the boundary of 4/5th in the league.

Thats the gamble with the defence, if Ancelotti persists. Maintain attacking prowess (against easier opponents with hopefully better attacking players returning to form and fitness) while trying to at best maintain and at worst not greatly reduce defensive competency. It remains a very big ask, but if we could keep the defensive numbers to what I have outlined above, a finish of 2nd-5th would be very realistic, and solidify a remarkable turnaround. The hope has to be that there are foundations being laid of something truly remarkable to come.