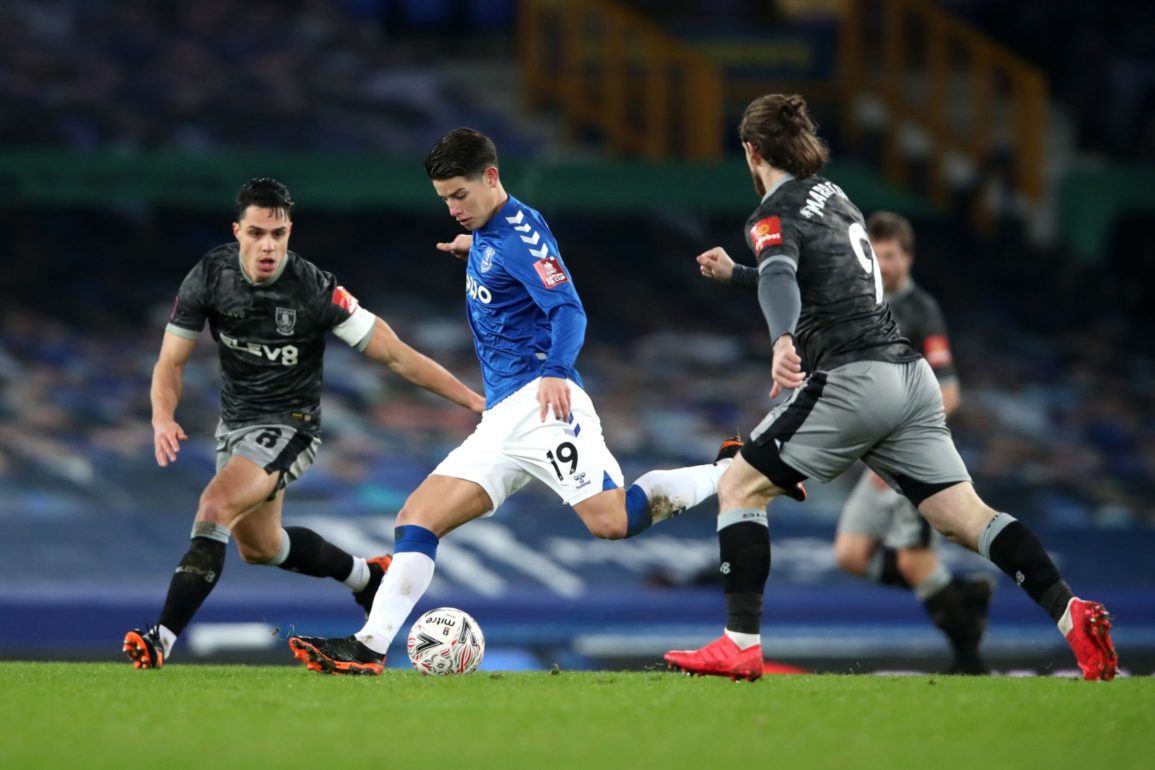 Everton cruised into the fifth round of the FA Cup with a comfortable 3-0 victory over Sheffield Wednesday.

Rate them below and get involved in the post match discussion in our forum, where you can also vote for your Everton man of the match.

Everton’s FA Cup dream lives on as they handily defeated Sheffield Wednesday 3-0 at Goodison Park on Sunday. It was a much more complete performance from the Toffees than the previous round’s when Rotherham United took Carlo Ancelotti’s side all the way to extra time before being eventually beaten by Abdoulaye Doucoure’s 93rd-minute winner. The win over the Owls was Everton’s 15th of the season in all competitions, just one less than they managed in all of the 2019/20 campaign. Everton’s resurgence under Don Carlo goes on. Without further ado, here are my player ratings for Everton 1-0 Sheffield Wednesday, which I wrote directly after Full-Time.

There wasn’t much for the big Swede to do today, but he comfortably made the saves he needed to. It’s nice to finally have a decent back-up who can give Jordan Pickford some competition and motivation to get back to the top of his game. I think Pickford has been significantly better since Olsen’s arrival, and so it’s so far, so good for the signing of Robin Olsen.

It was nice to see Seamus Coleman buccaneering up the pitch again like it’s 2013. He also showed some very experienced defending at the back, consistently coming in narrow towards Yerry Mina to help snuff out any whiff of an opportunity for Wednesday with great effect. A job well done for the skipper.

Similar to his goalkeeper behind him, Mason Holgate wasn’t very involved today. He regained possession on a few occasions and other than one misplaced pass while playing out of the back, he didn’t make any mistakes that drew any attention to him. That’s all you can ask from a CB in a cup tie like this.

Unsurprisingly, Yerry Mina is still quite the threat from set-pieces. It was nice to see him get another goal today, but he was also very good at the back and combined with Seamus Coleman well to thwart the pace of Sheffield Wednesday in the defensive third. It’s been really great to see him hit his stride this year, and should he keep improving, he could be an elite defender for Everton for years to come.

Ben Godfrey gives 100% in every game he plays, and that’s a big part of why he has become such a big fan favorite in such a small amount of time. Although his attacking capabilities are effectively non-existent in comparison to the likes of Lucas Digne, he continues to be very solid at the back, exhibiting pace, strength, and even precision in his tackles. He’s been a lovely surprise this season, and one of Everton’s best deadline day signings in a long time.

In the opening 20 or so minutes of the match, there seemed to be quite a significant amount of space in the middle of the pitch that the Owls were looking to exploit and were doing so successfully. I felt that Andre Gomes and Doucoure needed to do better as the game grew older, and that they did, as Wednesday really didn’t get many good chances after those first few forays. Doucoure did well in possession and closed down attackers well. He will be sorely missed midweek when he will be serving his one-game suspension for yellow card accumulation.

Despite being left out of the last ten Premier League starting XIs, Andre Gomes has now found a real run of form with an assist in two consecutive games. His ball in which led to Dominic-Calvert Lewin’s opener was absolutely tantalizing, as it was hit with the perfect amount of pace in the perfect corridor behind the center-backs but too far in front for Wildsmith to claim. DCL gave it the finish it deserved, and Andre is now finally providing some of the attacking output we’ve been wanting from him for so long. Long may it continue.

Although Gylfi was involved in some nice link-up play in the midfield and wasn’t particularly incompetent defensively, he was quite simply outshone by his Colombian partner on creative duties. His decision making in the final third was questionable, and he could have easily had an assist in the second half had he slotted Richarlison clean through instead of attempting an off-balance shot which was easily blocked. He also denied James of a ridiculous rabona assist when he fired well wide with the goal at his mercy. It was a bit underwhelming from the Icelander today.

Wow. What a player. James Rodriguez had two assists today, both from corners, but he could have very feasibly had 5 or 6 if his teammates had been more accomplished in the final third. He was absolutely everywhere in the midfield and attack, getting on the ball seemingly every time Everton had possession, pulling the strings, orchestrating some gorgeous interplay, delivering delicious balls into the box, and just running the show in general. It was a creative masterclass from the Colombian today, who was waving his wand of a left foot all over the pitch. It was truly wonderful to watch a magician at the peak of his powers play in an Everton shirt, something I have never seen to this degree. Evertonians, let’s enjoy James as much as we can while we can because wizards like him don’t come around all too often. This was definitely his best performance in blue thus far.

Something is off about Richarlison this year. Everybody has seen it. He lacks that bit of quality and confidence that he invariably held over the last two seasons. His frustration was visible in the first half when his touch and decision making let him down in the attacking half on multiple occasions. It was great to see him grab a goal, however, as when his well-taken goal set up by James was rightly ruled offside, it just seemed like it wasn’t going to go his way today. You could see how much it meant to him when he nodded home from one of the Colombians superb corner-kick deliveries early in the second half. Hopefully, he can kick on from here and get back to being the Richarlison we’ve come to know and love.

DCL is back! Although he only missed two games through injury, one in the FA Cup and one in the league, DCL hadn’t quite been himself for a few weeks, having been held off the scoresheet since the 1-1 draw at Turf Moor. He ended that drought today, however, with a comfortable sliding finish off Andre Gomes’ wonderful left-footed cross that I already described in detail. He has now matched his personal best for goal in all competitions, and we’ve played less than half of the Premier League season. Hopefully, he can now return to his early-season form during which we basically expected him to score in every game. With James and Lucas Digne fit, a lack of service to the English International should no longer be a problem.

I was a bit disappointed to see Bernard come on instead of Anthony Gordon in the 67th minute, but thankfully the young Englishman did come on just under 10 minutes later. Bernard really didn’t get involved in the game at all. Maybe Carlo was putting him in the shop window for one of the multiple suitors he’s been rumored to have. We shall see where Bernard goes, but I don’t believe he will be with the Toffees for much longer.

If you’ve been reading my work this season, you’d know I’m a big fan of Anthony Gordon, so I’m glad Carlo gave him the call off the bench today. I think he should have been the initial substitute for DCL so he could have a bit more time to make an impact on the game, but I suppose beggars can’t be choosers.

I don’t think I really noticed Jonjoe Kenny do anything other than blaze a half-chance well over the bar, but he too could very well have been subbed on for shop window purposes because I don’t see his long-term future being at Everton either. I don’t think anybody does.

Today was undoubtedly a special day for 17-year-old Tyler Onyango, who made his Everton debut, but he was unfortunately overshadowed by the history made by his U-18 teammate. Onyango did alright though. Good for him.

I’m going to give Thierry Small an “honorary 10”, as he achieved something special today, becoming the youngest ever player to play for Everton at just 16 years and 176 days old. What an accomplishment that is for the young fullback. Hopefully, we will see much more from him in the future.