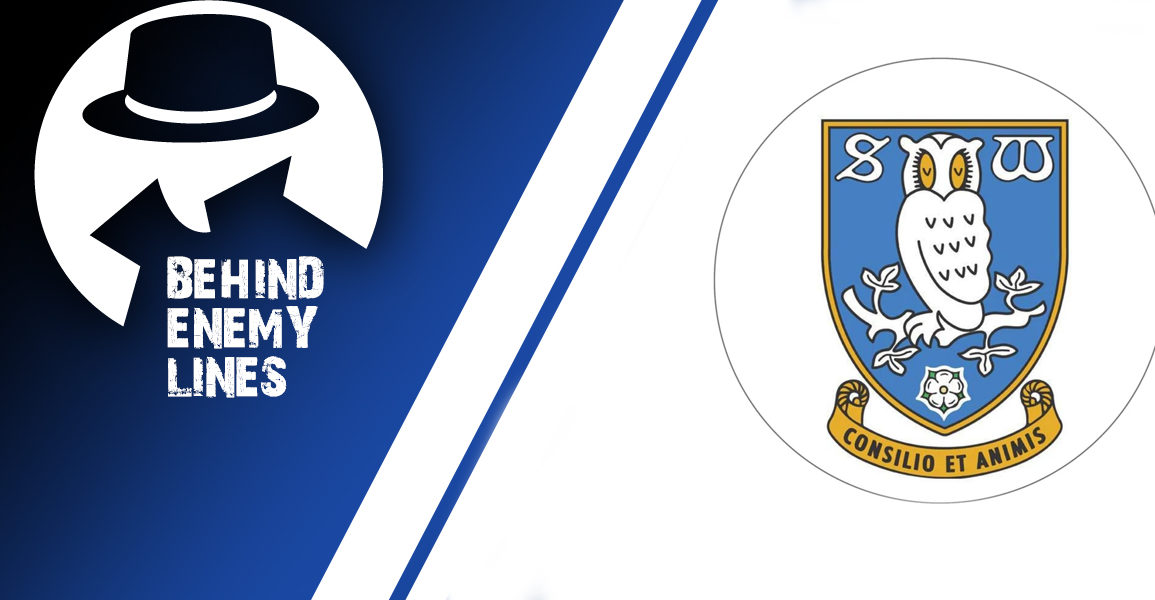 Everton continue their 2021 FA Cup Campaign on Sunday with a home tie against Sheffield Wednesday fresh off of 12 days rest after an important victory at Molineux in the Premier League. Everton, of course, faced off against the Owls in the Carabao Cup last season at Hillsborough, parading to a 2-0 victory behind a brace from the now talismanic Dominic Calvert-Lewin, who cupped his ears to the Wednesday faithful as any boyhood Blades fan would. His injury status ahead of Sunday’s game is unknown at the time of writing, but Everton should be confident with or without him considering the way their opponents’ season has gone so far. Should the Toffees advance, they will face the winner of Wycombe v Tottenham in the 5th round, which will most likely lead to a huge tie between Everton and the latter. Let’s not get ahead of ourselves though.

This week on Behind Enemy Lines, I spoke to Alex Miller, a writer covering all things Wednesday for the Sheffield Star. Here is how our conversation went:

Q: The Owls find themselves in quite the predicament, as they currently sit firmly in the relegation zone after picking up just 19 points from 23 matches. Can you give us a brief overview of what has happened at Sheffield Wednesday this season?

It all started a long time before this season, back in November 2019, when Wednesday were charged with misconduct by the EFL for the circumstances around the sale of their Hillsborough stadium to a separate company owned by Owls owner Dejphon Chansiri. A very, very long story short, they started this season on -12 points having been found guilty, before it was reduced to six points on appeal.

Wednesday started well with an impressive win at Cardiff and things looked to be looking up before a run of four defeats on the spin – three against direct relegation rivals – effectively cost Garry Monk his job. In came Tony Pulis, who playing his trademarked ‘pragmatic’ style of football earned only one win in his 10 matches before he was sacked. First-team coach Neil Thompson came in and results have picked up. We’re heading towards a month with no immediate sign of a new managerial appointment.

Oh, and Thompson was one of a raft of club figures to have suffered a positive coronavirus test earlier this month, meaning they haven’t played in a fortnight. A ‘brief overview’ isn’t always possible with Sheffield Wednesday!

Q: Wednesday’s current boss is Neil Thompson, although he is in charge as a caretaker manager until further notice, and he is the third man to be at the helm of the club in this season alone. What went wrong with Garry Monk and Tony Pulis, and what are you looking for in the next permanent manager that they couldn’t provide?

A: Monk had enjoyed a stellar first few months with the club, rushing up to third place in the Championship table over Christmas 2019. From there, it went south. Fast.

Throughout last year Wednesday failed to threaten the opposition goal regularly enough and at times looked completely lost, falling to two miserable 5-0 defeats in a matter of weeks. Pulis’ reign was difficult to judge so short it was, but in truth, you wondered whether they had the squad to play in the fashion he wanted and it never looked in danger of being a success. Thompson has taken the shackles off a touch and Wednesday are on a run of four wins in five – their best stretch for well over a year.

In terms of a new manager? There’s not much second-guessing Mr. Chansiri, who appears to have passed on the fan favourite for the job, the Scouser Paul Cook. As it stands, I’d expect them to go with more of a foreign unknown as they did with Carlos Carvalhal and Jos Luhukay early on in Chansiri’s ownership.

Q: Although Sheffield Wednesday are one of the most historic clubs in England, I think it’s safe to say that most Evertonians probably don’t know much about their current squad. Who are the standout performers that we should keep an eye out for this weekend?

Barry Bannan has long been Wednesday’s talisman and still makes them tick. His delivery in the middle of midfield is hugely important and on his day he’s got the creativity of a Premier League player. Tom Lees will have his work cut out to continue his fine form at the centre of defence, but will be keen to do so, while striker Josh Windass will be keen to impress if he passes fit. Andre Green, a lightning-quick 22-year-old winger signed on a free transfer from Aston Villa, may make his debut from the bench.

The player Wednesday fans are most excited about currently is Liam Shaw, a 19-year-old who can play in the middle of midfield or in defence. He put on a classy performance away at Exeter in the FA Cup last time out and appears to be on the crest of a wave.

Q: Everton currently sit 6 points off the top spot in the Premier League with two games in hand. What are your general thoughts about Everton’s season thus far and how high do you think they can finish this season?

A: I always keep half an eye on Everton. I won’t tell your readers who I grew up supporting, though I may well be taking a lingering look over Stanley Park on Sunday evening! In all seriousness, Everton have been impressive this season and Ancelotti appears to have added everything they’ve needed since the departure of Moyes – including the Martinez years – in going to that next level.

It’s early stages of course, but being able to attract the likes of James – who will hope to get somewhere close to his early-season form as soon as possible – and Allan is something they’ve not been able to do before. In Sheffield lad Dominic Calvert-Lewin, they have a striker who could well go a very long way in the game. His injury is clearly a blow, but there are signs that the club are developing a squad its fanbase deserve. Whether they can keep up with the five teams above them this season will be down to their big name players. I’d say sixth would be a very good place to build on in the next couple of seasons.

Q: Who will win the game at Goodison Park on Sunday and why?

A: Everton. For lots of reasons, not least the fact that whatever team they put out will be stronger than that of Wednesday. But the Owls are fresh off an extended break after a coronavirus outbreak and may well choose to rest several players heading into a monster relegation clash with Coventry City three days later.

There’s a good sense of history about this fixture going back to the 1966 FA Cup final and I’m looking forward to what will hopefully be a good game. And if Wednesday manage to score first…

So there we have it! I’m personally going to go for a 3-0 Everton win, as I think Carlo won’t rest too many first team players considering the recent absence of fixtures. I imagine he’ll want to build some match fitness before the massive home game against Leicester midweek. My thanks to Alex for taking the time to answer my questions! You can find him on Twitter @AlexMiller91, and you can find me @ParrettGost. I’d love to hear your feedback! I’ll see you all for my player ratings on Sunday, and as always, Up the Toffees!