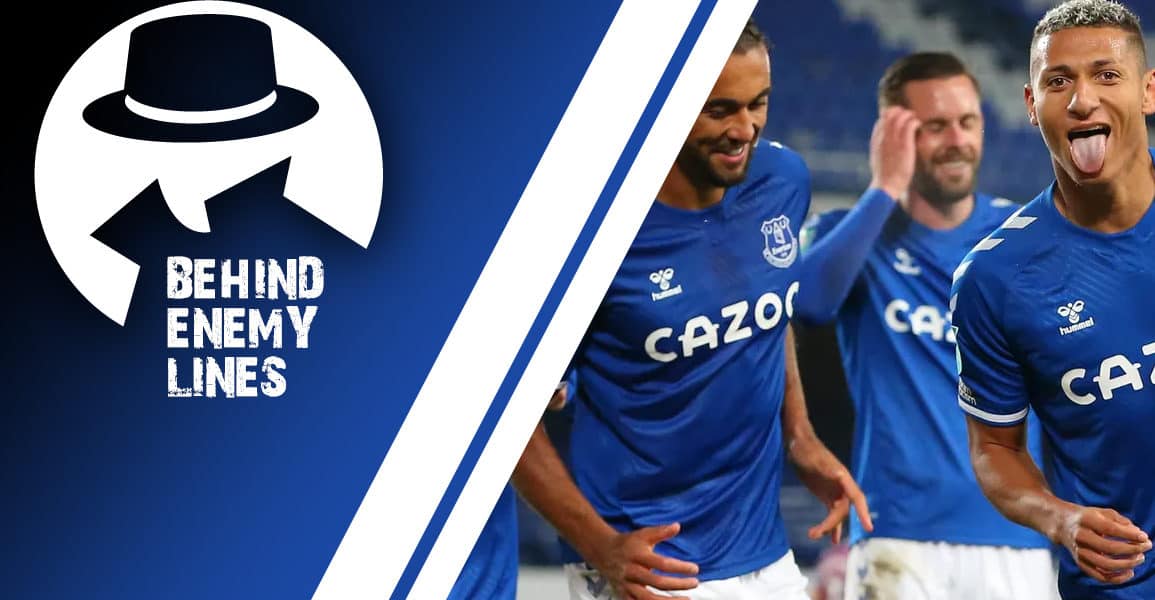 After a somewhat fortuitous COVID-related postponement of the game against Manchester City, Everton face-off against David Moyes’ West Ham on New Year’s Day. The Toffees will enter the game with the luxury of 6 days rest along with the return of Richarlison to the line-up, as confirmed by Carlo Ancelotti in his pre-match conference on Wednesday. Everton will unfortunately still be without James Rodriguez, who continues to miss out with a calf problem that has seen side-lined since the beginning of the month. Ancelotti said he should be ready for the FA Cup 3rd Round tie with Rotherham on the 9th, and that both Allan and Lucas Digne, the latter of which will return to training next week well ahead of schedule, should be back by the end of January. As a fully fit starting XI awaits on the horizon for Everton, one would imagine that Everton will field a similar if not the same team as in the win against Arsenal. Three points at home would be an ideal start to the new year for Ancelotti’s men, who look to extend their winning streak to 5 games after consecutive victories over Chelsea, Leicester, Arsenal, and Sheffield United, but a staunch West Ham team led by former Everton boss David Moyes will attempt to prevent what would be the longest winning streak for the Merseysiders since winning 7 in a row in the spring of 2014. The Hammers enter this game off the back of a hard fought 0-0 away draw with Southampton.

For this edition of Behind Enemy Lines, I spoke to Football Daily Producer and avid West Ham fan Mike Atkins. Without further ado, here is our discussion:

Q: After picking up 12 points out of 12 possible in November, West Ham have only won one in six in December, drawing three times and losing twice. What has caused this dip in form after what was a really good run for the Hammers?

A: Probably injuries to both Michail Antonio and Arthur Masuaku. Antonio has been running hot, with 11 goals in his last 18 games since the restart last season, and whilst Haller is good, he’s not the same type of player, and the system has suffered as a result. As for Masuaku, his absence has seen Moyes switch formation over the last five games from five at the back to four, probably causing a bit of defensive instability. I’m not too disappointed by our recent form on the whole – the only two defeats in the last two months have been against Man Utd and Chelsea, and performances have generally been positive.

Q: West Ham currently sit on 23 points in 10th, but are just 3 points from the Top Six. How high can West Ham realistically finish this season? As of now, what would you consider to be a disappointing placing?

A: After the disappointing campaign last year, being perfectly honest, I would have settled for a season in which there was just a visible improvement, even if we only finished in 14th. But we’re playing well, and it’s been a crazy season so far with some of the results so I can’t see why we wouldn’t be in with an outside shot of Europe, although I’d happily take a top-half finish if it were offered to me now. Maybe our best chance of a European shot will be through the FA Cup and we’re long overdue for a cup run!

Q: Former Everton boss David Moyes’ second term as the West Ham manager has been considerably more successful than the first, as he led the club to Premier League survival last season and has now facilitated a solid start to the Premier League campaign. What are your thoughts on Moyes and his future with the Irons?

A: I don’t know any West Ham fan who was excited by his appointment either the first or second time around! His first stint in 17/18 was nothing more than a firefighting situation, but in the second stint that kicked off a year ago he wanted more assurances about his future, and I think that meant the board was more willing to listen to him and make the investments he wanted to make. He was given time and I think most West Ham fans have come around to him, and as long as we continue to see improvements and get the results, I don’t see why he couldn’t be here for a few years yet. It was hardly an inspiring appointment but he’s here, he’s doing well, there’s no reason for us not to back him!

Q: Everton currently sit 4th with 29 points and a game in hand. What have you made of Carlo Ancelotti’s Everton, their new signings, and their aim of qualifying for European football?

A: I think everyone’s been pleasantly surprised with Everton this season! Ancelotti was a huge appointment, and the signing of James Rodriguez was particularly impressive. Everton are a side that, under Moyes, consistently qualified for Europe and the last few seasons, there’s no doubt that they underachieved. Now, with the quality they have in store, they should be aiming for a top-six spot at the very least. They have a Champions League winning manager, a young English talent like Calvert-Lewin who I think has far exceeded what was expected of him a couple of years ago, and a couple of solid midfielders in Allan and Doucoure that basically allow the attack to do what they want going forward. They’re an exciting side again, I’m enjoying watching them, and the way it’s going I wouldn’t be surprised to see them playing Champions League football next season.

Q: Who do you think will win the game at Goodison Park on New Year’s Day and why?

A: Well I have fond memories of coming from 2-0 down with ten minutes left to win 3-2 at Everton a few seasons ago, but unfortunately for us, I don’t see a repeat of that coming! Everton will be favourites and rightly so, so if I was offered a point now I would gladly take it. Let’s leave it at that!

So there we have it! I think that with the continued momentum and the return of Richarlison, Everton will do enough to get the job done with a 2-1 win. My thanks to Mike Atkins, who you can find @MikeAtkns or doing work for @FootballDaily. I’ll see you all for my post-match ratings article directly after Full-Time, which you of course can have your own say in! Let’s hope Everton continue their winning ways and we will get to discuss another big victory on Friday! Thank you all for reading, and as always, Up the Toffees!