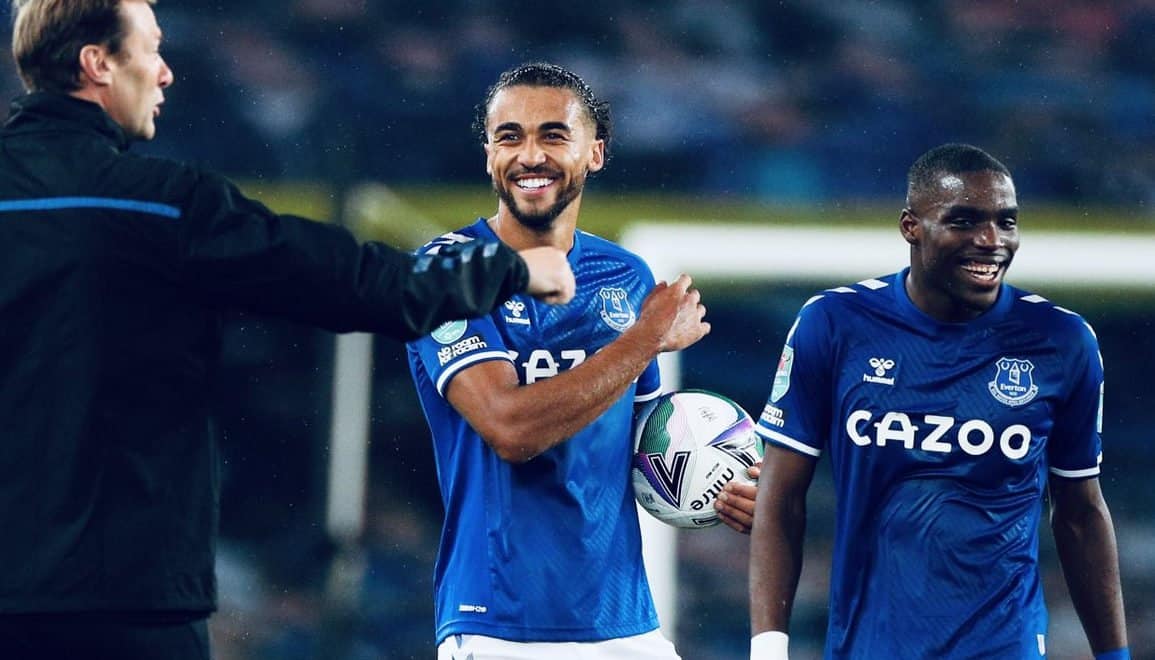 England Call Up For Calvert-Lewin

Dominic Calvert-Lewin has earned his first call up to senior England squad.

The 23-year-old has enjoyed a blistering start to the campaign, scoring five goals in three league games to help the Toffees achieve their perfect start, and scored his second hat-trick this season against West Ham in the Carabao Cup on Wednesday.

Calvert-Lewin will join teammates Jordan Pickford and Michael Keane and will hope to make his debut in the upcoming friendly with Wales on October 8, before two Nations League games against Belgium on October 11, and Denmark on October 14.

“I just phoned my mum and my dad, and my mum burst into tears.

“It’s something we’ve spoken about since I was a young boy. To get here now and get the call-up is a dream come true. I’m very happy.

“I found out with a text message [from the FA].

“Pickers and Keano were obviously named in the squad and they were saying, ‘Have you got the text yet?’.

“I went to my phone and saw the text message… I didn’t really know how to feel, if I’m being honest. I’ve thought about this moment so many times.

“To finally get that recognition of a senior England call-up, it’s something I’ve worked very hard for.

“I’m very thankful to my manager at Everton and my teammates for helping me get here.

He added: “If you play football as a kid, you dream of playing for your country. I’m no different.

“I’m enjoying my football, I’m confident on the pitch and I believe I’m going to score every time I step on the pitch.

“Hopefully that won’t be any different when I pull on an England shirt.”