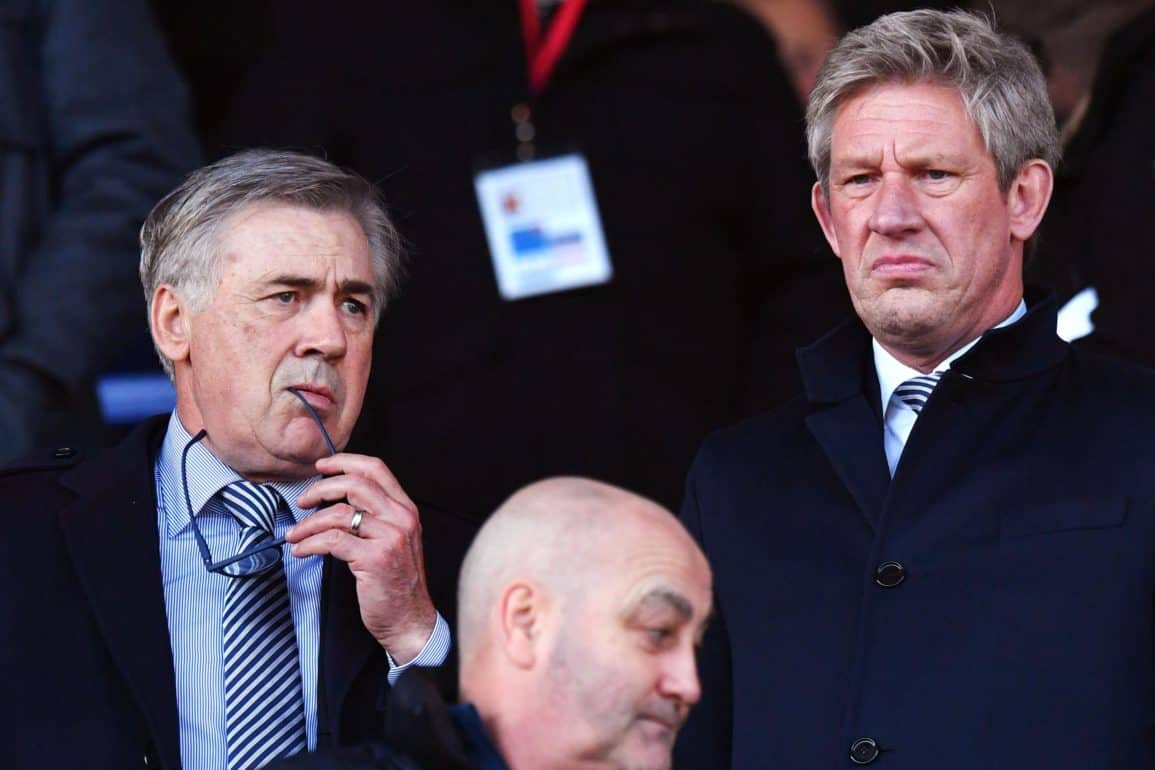 Speaking with De Telegraaf, Brands revealed: “It won’t be a big-spending summer.

“It’s not a question of ownership or wealth. As a club, you have to deal with the financial parameters of the Premier League.

“An owner can’t say I’m doing 50 or 100 million extra. It’s about the budget. You also have to deal with Financial Fair Play when it comes to investments.

“We’re in the final phase of renewing the selection. We’re trying to sell some players from the past with less perspective for Everton.

“A lot has changed already. We didn’t plan a transfer window this summer with five or six major purchases. We want to strengthen the team in two or three positions and have no extreme wishes. We are no longer in the phase of crazy names.

“Carlo Ancelotti and the owner are behind it. We have a trainer who knows the way to success. Now it’s just corona improvising. In the end, all efforts must lead to sporting success.”

“I have previously worked with interesting and very experienced trainers, such as Martin Jol, Louis van Gaal and Dick Advocaat. Carlo is also such a coach.

“You’re talking about the currants in the porridge of top football. Carlo has won everything there is to win.
“Before he signed, I had conversations with him, and I was a little conservative. I knew where he’d worked and what purchases he’d made before.

“How’s he doing with Everton? Does he think he can do the same here? We don’t have that kind of ability.

“But he was behind the whole project from day one. He wants to help build. It’s a little different than he did before.”