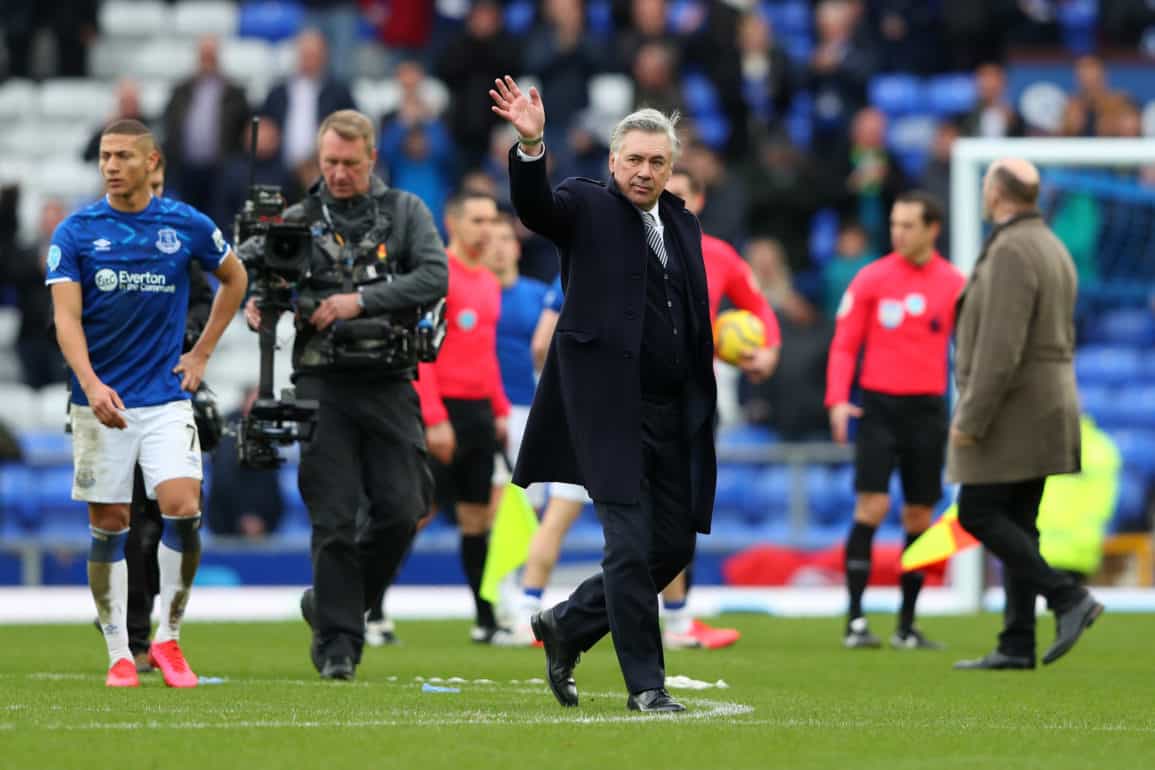 Carlo Ancelotti has set his team the target of qualifying for Europe.

A total of 17 points from Ancelotti’s eight matches in charge is bettered only by our neighbours over Stanley Park, a run of form that has lifted Everton above Manchester United and level on points with fifth-placed Sheffield United, who host Bournemouth on Sunday.

Carlo Ancelotti: “The best thing about today was the result, the performance wasn’t so good.

“It was a difficult game, a lot of interruptions with throw-ins and we were not able to keep the intensity.

“The result is really important after a performance that was not so good for 60 minutes. In the worst moment for us,with Richarlison, we were able to do a fantastic counter-attack and that was the key point of the game.

“[If it has to be one or the other] I prefer to win than have a good performance. But we believe in what we are doing. We seem to be to worried when we have the ball – and we have to improve that.

“Qualifying for Europe is the target. Since I arrived the team have done a fantastic job, and I appreciate their effort”.