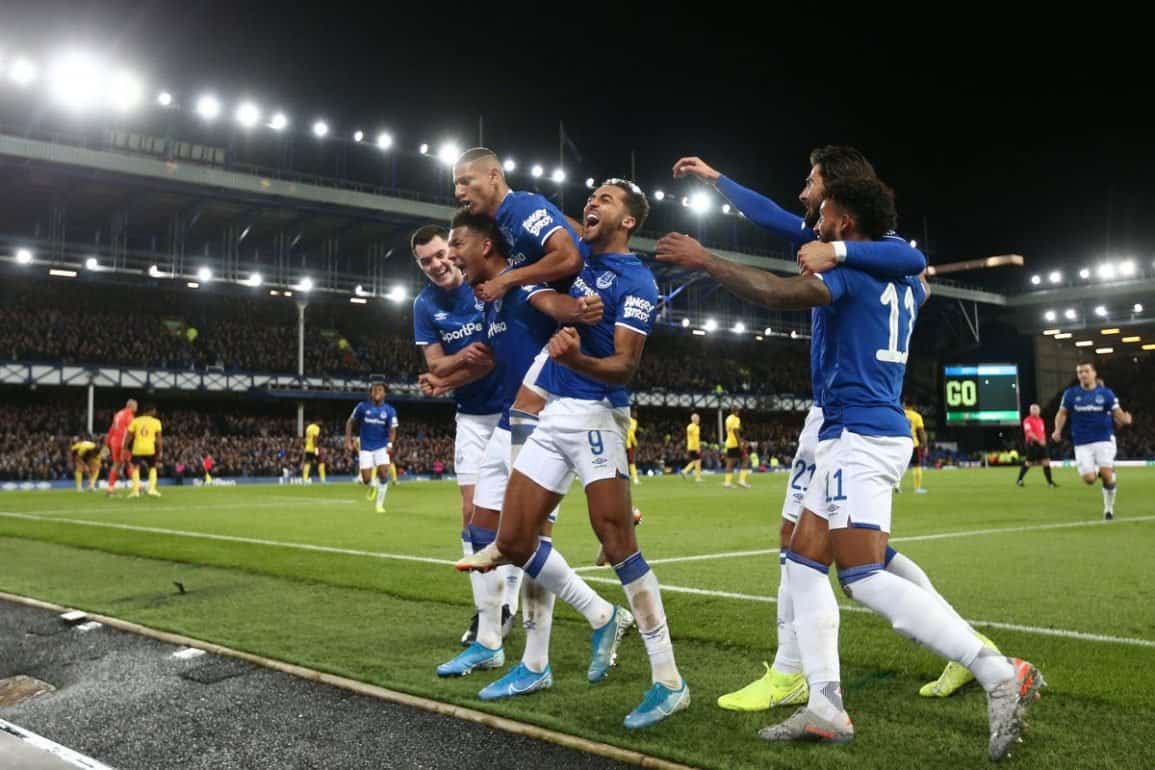 The opening month of the New Year was something of a testing time for our beloved boys in Royal Blue with a real mixture of performances and results, highs and lows, disappointment and encouragement – it’s never, ever dull being an Evertonian.

Five games saw four in the Premier League bring one win, one loss and two draws while the third round tie in the FA Cup is probably best forgotten, if that’s at all possible, given the opposition and venue for what was arguably one of the lowest points in the modern history of the club.

We opened the New Year at the Etihad against the defending champions, Manchester City, and they proved to be far too good with Gabriel Jesus continuing his remarkable scoring form against Everton with both goals in a 2-1 win which saw Richarlison maintain his scoring touch with our marker.

The FA Cup tie across the park was a massive disappointment to say the least as the Blues carved out three gilt-edged first half chances against a second string Liverpool failing to take any of them, and allowing the home side to grow in confidence. The second half, quite frankly, was an embarrassment as Everton failed to register one effort on target and the misery was completed when Jones curled home from 20 yards to knock us out of the cup. For the first and hopefully only time, the level of anger, disappointment and fury over such an abjectly poor performance saw the Electoral Commission decide no Man of the Match poll be offered.

Back to Premier League action and Brighton were the next opponents at Goodison, with the faithful demanding an improvement in performance and result. Perhaps understandably, Everton didn’t exactly hit new heights in terms of performance, more stuttering to victory with the highlight being the sublime first half finish from Richarlison that is well worth catching up with on YouTube.

West Ham away and against our old manager David Moyes the Blues again were slow out of the traps, especially in the first half that saw a needless free kick given away by Fabian Delph and Diop get on the end of the Snodgrass cross to plant a header beyond Pickford. Having fallen behind to yet anther set piece goal, the Blues did respond positively before the interval with Mason Holgate flicking on a Digne corner and Dominic Calvert-Lewin equalising at the back post with a good header. The second half was better, but in the end we had to settle for a point against a poor West Ham outfit.

A visit by the Toon Army closed out the January fixtures and it was something of a Jekyll and Hyde showing from the Blues as for over eighty minutes, we were in total control and enjoying a well deserved two goal lead.

In the absence of Richarlison for the second game running through injury, Moise Kean had without a shadow of a doubt his best game yet for the Blues and finally broke his duck with a well-taken first half goal set up by a delicious lobbed pass from the energetic and hard-working Bernard, and Goodison celebrated. When Lucas Digne threaded a slide rule pass forward for Dominic Calvert-Lewin to finish in style for two-nil before the hour mark, Goodison was positively purring.

The game as a contest appeared over and with everything on the night having been hugely encouraging, Carlo Ancelotti made late changes that unsettled the rhythm and handed Newcastle some hope for the closing minutes. And incredibly, they made the most of their only two efforts on target in the whole game to snatch a consolation and then equaliser as Everton completely lost the defensive plot in the added-on time.

The four games we ran Man of the Match polls for saw four different winners – Seamus Coleman at Man City, Bernard against Brighton, Mason Holgate at West Ham and Moise Kean taking the plaudits in a tight poll for the Newcastle game.

And now we’re into February, we only have fourteen games left and every vote cast in our Man of the Match polls can still impact upon who eventually will be crowned the GrandOldTeam.com Player of the Season.

Forcing his way onto the podium for the first time on the back of his fine performance against the Magpies and maiden goal , in third place… Moise Kean

Maintaining a solid level of consistency in his play and vote accumulating, in second place… Mason Holgate

And the congratulations go, with over 28% of the total votes cast, to our clear winner, and the GOT Player of the Month for January… Bernard.