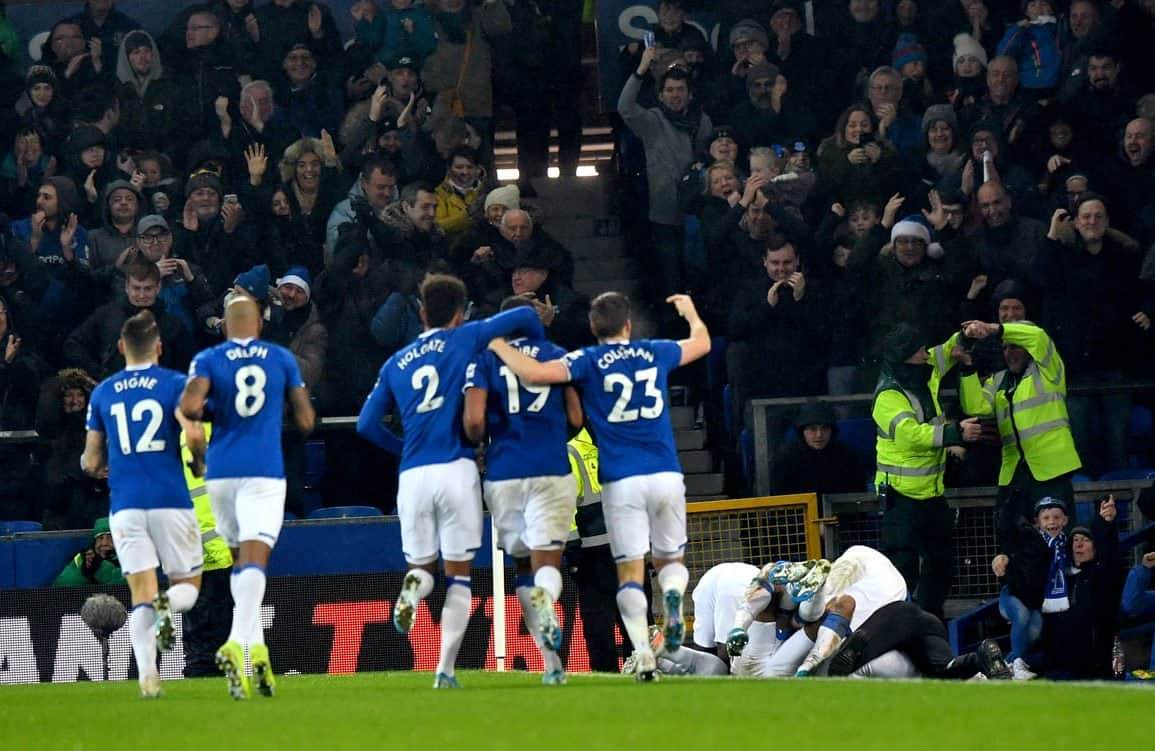 Everton will look to put the memory of last weekend’s derby disaster behind them when Brighton & Hove Albion visit Goodison on Saturday afternoon.

The long-awaited search for a trophy will have to wait until 2021, but the Toffees still have 17 Premier League games to go and with the table as tight as it is, there is no telling where Carlo Ancelotti’s side could finish come May.

Everton are winless in 2020, as are their opponents this weekend.

Graham Potter’s outfit played out a 1-1 draw with Chelsea on New Year’s Day before being defeated 1-0 by Sheffield Wednesday in the FA Cup last time out.

The Blues start the weekend in 11th place, one point and three places above the Seagulls, a home win could see Everton rise potentially to 10th, with the two teams in reaching distance, Arsenal and Crystal Palace, facing off against each other this week.

Everton will not have a fond recollection of the visitors, the reverse fixture seen the Merseysiders throw away a 2-1 lead thanks to a very dubious penalty and an injury time own goal from Lucas Digne.

Everton have never lost at home to Brighton.

Alireza Jahanbakhsh has a slow start to his Brighton career but has well and truly come to life in the last two weeks.

In his last two Premier League games he has netted twice, his first was against Bournemouth in their 2-0 win and his second was an incredible overhead kick to equalise v Chelsea.

The Iran international will fancy adding to his tally against a demoralised Everton side.

The visitors could be without key midfielder Aaron Mooy, the Australian will be assessed ahead of kick-off.

Solly March could be available.

Leon Balogun, Dan Burn and Jose Izquierdo are out.

David Coote will be in charge of proceedings. In 15 games this season he has issued 61 yellow cards and one red.