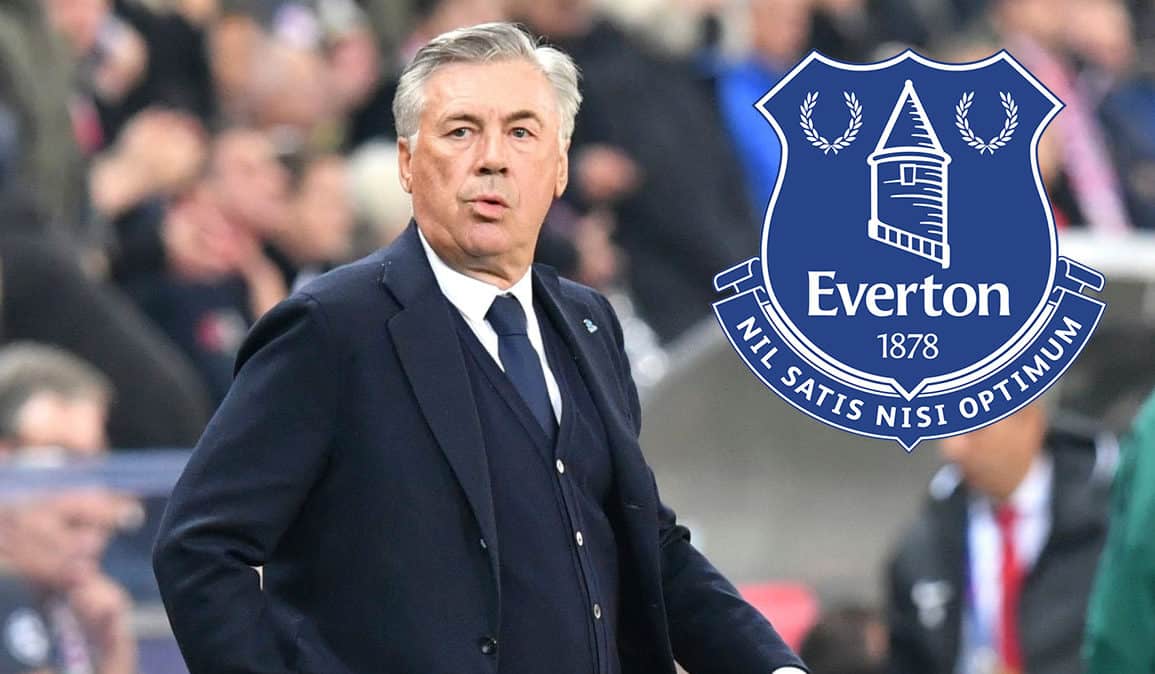 Assessing the wider significance of Ancelotti

The imminent appointment of Carlo Ancelotti to the managerial position at Everton marks arguably the most striking and significant moment of an eventful 4 years under owner Farhad Moshiri. He would be Evertons 4th manager appointed by Moshiri and by some distance the most eye catching and successful.

Early into his tenure on the appointment of his first full time manager Ronald Koeman, a leading board member had stated that they wanted a “Hollywood name” on the sidelines and felt that had achieved this with Koeman. In many ways Koeman himself was a Hollywood name but much of the glamour associated with him was deriven from his decorated playing days as opposed to his more modest managerial career. There were clear warning signs with Koeman and that sense of unease only grew as his tenure at the club went on.

Of the 4 summers we have had post Moshiri that first summer appeared to me to be the one filled with the most hope. Big name players were targeted, including centre back Koulibaly in what would have been a record fee for Everton. They were also strongly linked to players such as Axel Witsel and Mata but ultimately the pulling power of Koeman was unable to ultimately convince many of the big name players to sign, which I believe was central to the original plan.

This will be the first big test for Ancelotti. To what extent is he a big enough name to be able to attract players that would ordinarily not be interested in joining Everton. Perhaps the first big challenge will be for Zlatan who is rumoured to favour a move back to Europe after scoring 52 goals in 56 games in America. You feel this sort of marquee named, allied to a highly decorated manager is what Moshiri always felt was plan A in trying to shunt Everton towards becoming a powerhouse of English football.

There feels enough significant shift emerging in the English game, as with 2016. Manchester United and Arsenal seem on a downward trend and there is every chance more than 1 of the vaunted top 6 will finish outside of the top 6. It feels that Manchester City are in need of a re-build and while Liverpool are undoubtedly peaking it’s worth noting that the side they put out on derby day had an average age of 3 years older per player than Everton’s. They, Tottenham and City feel as if many of their key players are heading towards their late 20’s. It’s not to say sides won’t recover, but there are challenges ahead for each.

Under Silva Everton paid lip service to adopting a more European model of team building. A leading DOF from Dutch football was introduced and a young coach was brought in. Yet the impatience of the owner (and it must be said sections of the fanbase) make that vision a particularly questionable reality. Towards the end of Silva’s regime I came to a conclusion that the squad of players, fan base and owner probably require a manager who is a little more experienced, able to handle the pressure cooker that the club and city can be, and can make a quick impact. In my time watching Everton, only managers who start well tend to be given time (Royle, Moyes & Martinez). If you start slowly it seems very difficult to turn it around, especially with the added pressure that comes from additional investment. The European model, that depends far more on a patient approach of nurturing players just don’t seem a natural fit for where we are at currently.

There will be obvious questions as to what becomes of the role of Brands in this. He felt very much the senior guy in the relationship with Silva and while Ancelotti has worked under DOF before you would imagine he would command at least equal standing in and around the club to Brands. Brands seems to have exerted a central and significance over transfers and has been willing to regularly walk away from bad deals. How this works, with a manager who may dictate more specifically what his requirements are may be a new challenge for him. It is difficult to imagine that Ancelotti would be as forgiving as Silva was in relation to the Zouma saga in the summer.

This is not to say though that the two can’t work together. You imagine that Brands has been at the very least consulted on the proposed appointment. He may well have recommended Ancelotti. There exists a world where he is actually more comfortable in the background, re-building the foundations of the club while the profile of the manager is able to take on more of the responsibility of the front of house presentational skills.

If the proposed problem for Everton-namely the need for a manager to have immediate success and thus in need of both experience more broadly and of English football then Ancelotti certainly ticks those boxes. There had been much talk of Benitez (who for me would have also been a sensible appointment) but Ancelotti is very much in that mould. An old school tactician, who will prioritise winning games over any particular longer term philosophy allied to a keen desire to add quality in the transfer market.

As with all managers there are inevitable drawbacks. In his last 7 jobs there is only 1 where he has taken over a club in a comparable position in terms of the ELO European rankings which was PSG – at the time ranked 38th in Europe (Everton currently sit 34th). His other appointments read 7th, 6h, 3rd, 2nd 2nd 11th. To put it quite simply, he is used to working with clubs who are in the top 10 (and in most cases the top 5) of European football. While there is little doubt that Everton’s squad is probably greater than the sum of it’s parts, it is a step down for Ancelotti. How he manages this transition will be fascinating to watch.

There are also concerns about his training methods. At Bayern he was allegedly removed from his position due to players being unhappy at the lack of time spent on the training pitch. It is worth noting though that an appointment of a promising, young, training based coach of Niko Kovac could not arrest the slide in performance which had began towards the end of the Pep regime. The wider discussion might be that he has not quite been the same without trusted colleague Paul Clement on the training ground- though there is a potential void that could be filled by our very own Duncan Ferguson who has impressed over recent games?

The third and final concern that is articulated is that he is on the down. There is truth to this, the last two jobs, particularly Napoli have been disappointing for him. At the same time he still won a domestic title and got to a semi final of the champions league at Bayern, while finished 2nd and got the better of European champions Liverpool both home and away. There is also a valid point, that for Everton to attract a manager of Ancelotti’s reputation, it can only likely be done when he is coming off a disappointing job as opposed to coming off a positive one.

Moving to Ancelotti-what does he see in Everton that could have attracted him. The only equivalent job he has taken in the last 20 years has been PSG. He was the first appointment of the new regime that had bought the club out and he left them 10th in Europe on his departure (which would be 3rd in the PL in a 2020 context). He was given funds to spend across the 18 months which translated into 2019 money equated to over £500 million pounds. While there will be immediate questions as to the feasibility of such an outlay of funds there will also be a philosophical question for the ownership. Is providing Ancelotti with a similar investment over the next 18 months in exchange for a seat at the top end of the PL (and undoubted champions league football) be a worthwhile exchange? This may well be the calculation that has been made.

Ancelotti may also be attracted to the prospect of managing a team where the only direction is realistically upwards. With teams ahead of Everton so tightly congested the return of key players to the team from injury and a January transfer window he could be factoring in the ability to move radically up the league without needing an awful lot of work. Whereas at Napoli and particularly Bayern any defeat was seen as a crisis (he left Bayern with 13 points from 6 games) at Everton there will be far more flexibility and patience to the situation he faces.

One would have to conclude however, that the funding promises he has been given will be a key motivator for him. What is critical for Everton and Brands is that any investment provided is spent proportionately and sensibly. The Moshiri approach to transfers thus far seems to have born no correlation to the surface level financial viability of the club, and more to the reputation and trust they have in the manager. Silva and Allardyce had relatively moderate investment whereas the bigger named Koeman was provided much bigger funds. There may well be a possibility that Ancelotti will be provided greater funds yet. There will undoubtedly be wider questions about how this is funded and where it fits into a project of developing our own sustainability through player trading (a problem that may become a project more exclusively for Brands).

What cannot be doubted from the appointment though, is that Moshiri wants Everton to be the best. It is the appointment of a club who believe and want to compete at the top level and want to get there quickly. How feasible this is remains open to be seen, though the meteoric rise of Leicester to being genuine title contenders (and if stopped only via a super human effort by Liverpool) from a similar position to ourselves shows very clearly that in spite of the media nonsense about fixed boundaries for clubs, the Premier League remains a league where upward mobility is very possible. How much funds will be provided to Ancelotti, how well will they be spent and how adeptly he will utilize said players remain variables, but if all 3 of those are at the positive end of the spectrum the sky remains the limit for Everton.