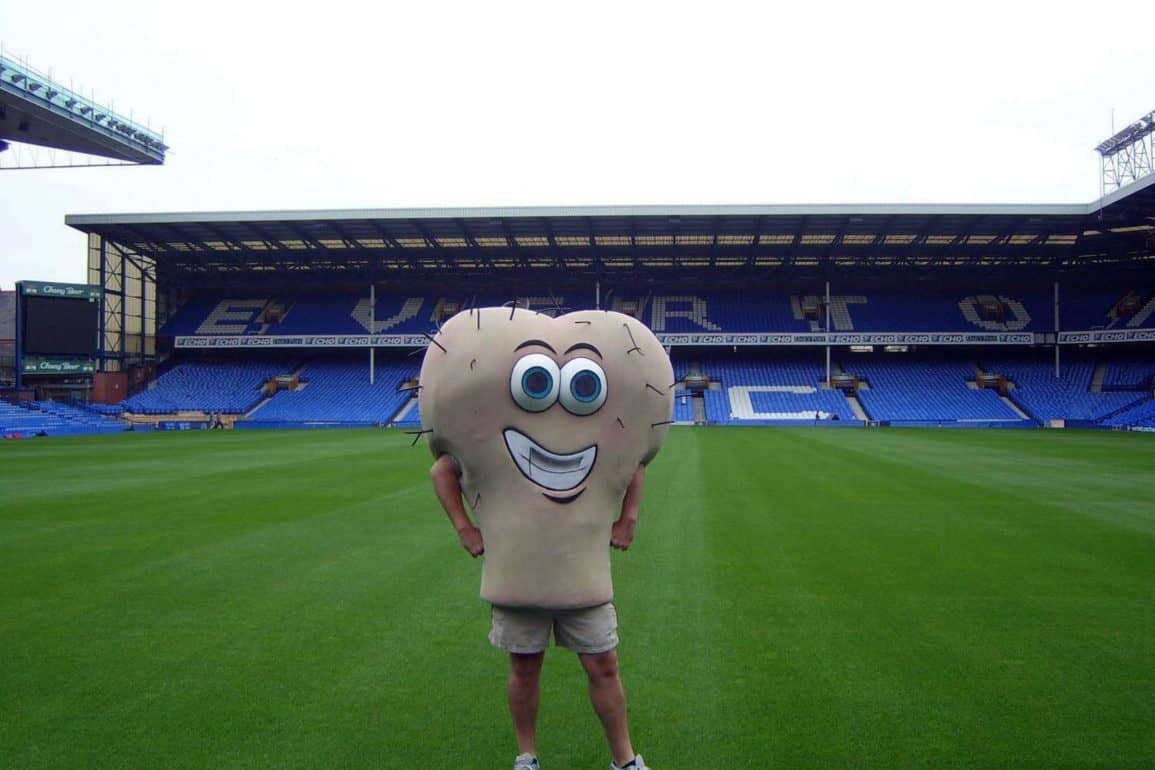 When will Everton grow a pair?

Setting aside all the other issues currently facing Everton – the future of the manager, the up and mostly down form of the players, the less than inspiring commercial performance, and anything related to the Bramley-Moore Dock stadium project – the point of this rant is to question when will someone, anyone from the club say what needs to be said?

I’m referring very specifically to the VAR decision at Brighton on Saturday that contributed to yet another embarrassing loss away from home to a club, no disrespect intended, we should be capable of overcoming.

Let’s recall… a hopeful long, high ball into the Everton area saw Connolly and Michael Keane both clearly looking at the ball, Keane accidentally and unwittingly treading on the Brighton players foot, the ball went out of play and the referee signalled a goal kick.

Oh hang on, with Connolly writhing around holding his shin (?), Lee Mason the VAR referee decides the contact by Keane is worthy of review… and surprise, surprise he awards a penalty while the on-field referee Andy Madley deems it unnecessary to review the incident himself on the pitch side monitor.

Brighton score, Everton don’t react in any way positively enough to having been pegged back and we subsequently lose to the unfortunate OG from Lucas Digne.

Marco Silva bemoaned the penalty decision by referring to the earlier arms around and blatant shirt pull on Richarlison, and wondering fairly calmly why that wasn’t deemed fit for review.

The vast majority of tv pundits, analysts and former players, including Brightons’ own Glenn Murray felt the awarding of the penalty to be wrong.

So my question and indeed demand is, when will someone from the club, be it the manager, the Director of Football, the CEO or our erstwhile happy to appear before cameras after a win Chairman actually get off the fence and state publicly the clubs absolute and utter disgust and fury at that decision, and in so doing highlight the shockingly poor way VAR is being deployed?

If someone actually launched a vitriolic attack on the decision and VAR, what’s the worst that could happen?

A touchline ban for the manager and/or a fine for any other club official speaking their mind and fighting our corner?

A fine would be a drop in the ocean for the club to settle, but the attack on the decision and poorly employed VAR might just send a message to the authorities that Everton are sick to death of being the butt of poor decisions.

Anybody else remember the fine and suspension for Oumar Niasse getting fouled at Crystal Palace?

Perhaps the biggest positive a vitriolic attack might have would be to send a message to our own players and supporters that that club is finally prepared and willing to stand up and fight for our cause.

For far, far too long, Everton have been the ‘nice’ club, doing things ‘the Everton way,’ rarely protesting and speaking up for ourselves.

Well enough is enough of that approach as it’s achieved bugger all in terms of on field success… we haven’t lifted a trophy since 1995 and there’s little sign of another coming our way in the foreseeable future.

It’s time Everton grew a collective pair and started to think of number one, time to stop being the soft touch, time everyone in the club fought every inch of the way, every minute of every game, every contentious decision that goes against us, time we threw off this mantle of mediocrity that has infested the club and ails us to this day.

To fail to address this now and in the strongest possible terms irrespective of any fine that comes our way, would be to my mind, an absolute abdication of responsibility from those at the top of the club who supposedly have our, the fans and the clubs, best interests at heart.

For heavens sake Everton, thousands and thousands of passionately loyal Blues are sick to death of us being taken for and viewed as second rate.

What has happened to the belief in NSNO?

You win by defending yourselves and attacking aggressively – we haven’t seen very much of that from our hierarchy in donkeys’ years… it’s time the worms turned and brought about Evertons’ return to a position of confidence, influence, pre-eminence and made us proud to be Blues again.