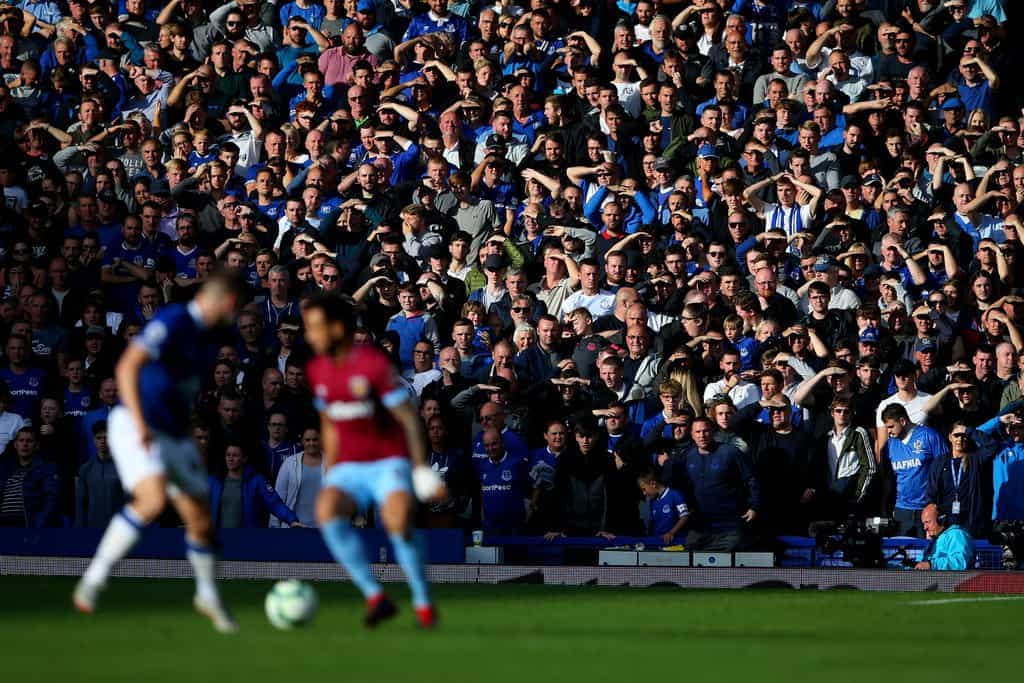 Marco Silva has labelled this weekend’s clash against West Ham as a ‘must win game’ as he attempts to kick-start Everton’s slow start to the campaign.

The Blues are on a torrid run of form, in their last four league outings they haven’t picked up a single point and find themselves in the relegation zone after eight fixtures.

Only two sides have netted fewer goals than the Toffees this season.

Silva would’ve been hoping his players who went away during the international break could’ve gained some much-needed confidence, but that was not the case.

Gylfi Sigurdsson missed yet another penalty whilst playing for Iceland, Moise Kean and Seamus Coleman were both shown their marching orders for Italy under 21s and Ireland respectively and Michael Keane was dropped by England after his Czech nightmare.

West Ham have enjoyed a relatively decent start to the season, after eight games they find themselves eighth in the table on 12 points, a win on Saturday afternoon could see them go as high as third depending on results elsewhere.

The Hammers shown Everton-like form just before the international break though, in their last three matches they have been thrashed 4-0 by Oxford United, drew 2-2 with Bournemouth and lost 2-1 to Crystal Palace at home after taking an early lead.

Manuel Pellegrini’s side will come into this full of confidence despite their recent form, they arrived at Goodison Park last season on the back of four straight defeats and came out 3-1 winners.

Two Andriy Yarmolenko goals and a strike from Marko Arnautovic gifted the Londoners a comprehensive three points against a lacklustre Everton outfit.

Sebastien Haller has hit the ground running since his £45 million move from Eintracht Frankfurt, the Frenchman is already looking like the missing piece to the West Ham puzzle.

He has hit four goals already this term and will more than likely run riot upon Everton’s leaky defence on the weekend.

The home side will be without Coleman after his red card at Burnley, giving Djibril Sidibe the perfect opportunity to make the right-back spot his own.

Jean-Philippe Gbamin has suffered a set-back in his recovery from injury and will miss a further three months.

Fabian Delph pulled out of the England squad with a hamstring problem and is likely to miss out against the Hammers.

The visitors will be without Lukasz Fabianski, Winston Reid and Michail Antonio.

Paul Tierney will officiate this one, this will be his second Everton clash of the season after he took charge of the Blues’ 3-1 loss to Bournemouth in September. In eight games this season he has shown 24 yellow cards.