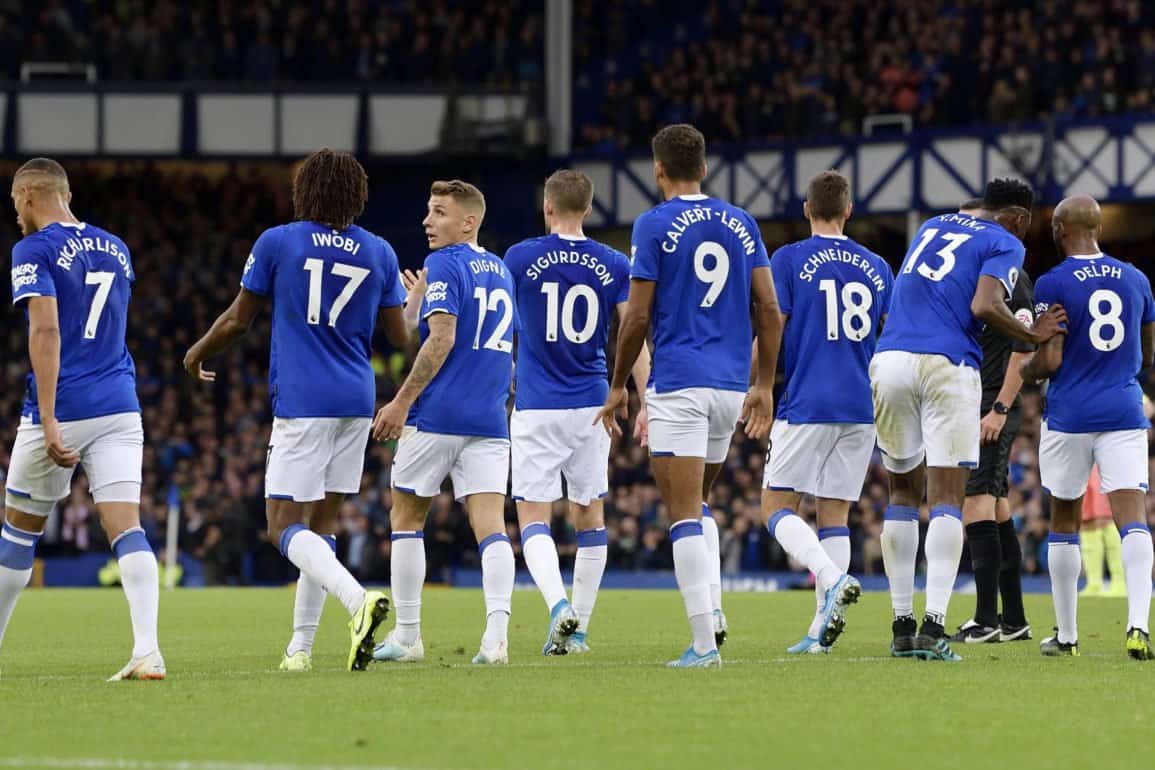 Are we really that good?

I don’t know if this opinion piece is a rant, an epiphany or both but before I start, I don’t want the title misleading people. So, pitchforks down lads, I’m not suggesting we deserve to be in the bottom three because we certainly don’t. However, the point I am trying to make is… are we really as good as some Blues make out?

Cast your mind back to early August, the week before we played Palace, for talks sake, and most Blues on Twitter or on the Grand Old Team forum were talking excitedly about how United, Chelsea and Arsenal were all there for the taking. The talk was that we could get top 6 this season with some even mentioning top 4. I’ll admit, even I got excited and yes, the opportunity is of course there, as Leicester are currently proving. However, those confident predictions and that expectancy come with the presumption that we’re the best team outside the so called “Big Six.”

That line of thought is completely ignoring many other clubs, for example;

The mention of West Ham will probably have a few Blues rolling their eyes but really, I think as it stands West Ham have a better crack at the top 7 spots than we do. Going into our next fixture are we really that much better? Would you rather Pellegrini or Silva? Haller or DCL? 8th or 18th?

Currently, I know what I’d rather have…

Another thing that has been overlooked by many is our recruitment issues. Marcel Brands has done well in getting the likes of Moise Kean, Andre Gomes and Alex Iwobi through the door and we love him for that but he has failed to address the lack of quality depth in our backline which leaves us one injury away from disaster. He also failed to address our threat in front of goal and it’s shocking to me that Moise Kean was brought in and expected to lead the line for a team with top 6 aspirations considering he had zero Premier League experience and is aged just 19. (However, in the right system I believe he could do a job to keep us firmly 7th, but not top 6, yet). This has left us weak. Weaker than last season? I don’t know but we’re certainly nowhere near a top 6 side in my opinion.

I can’t mention recruitment without mentioning the other half of the problem which falls squarely on Marco Silva’s shoulders. Through his tactical rigidity Silva refuses to use players like Cenk Tosun. I know, I know, but for his finishing and experience alone Cenk offers what Calvert-Lewin, who lacks in both those areas, doesn’t. Although you can argue DCL does suit Silva’s system, for the high press and work rate he offers, he just isn’t creative, clinical or experienced enough to lead the line for a team with top 6 aspirations. Taking Cenk Tosun out of the equation, for talks sake, Marco could change the system to better suit Moise Kean. Change to a 433, drop Sigurdsson, create without crossing so much, put Kean up top and play the ball to his feet. Or if he must persist with the current system then at least try Iwobi through the middle and put Bernard back on the wing! Also, what’s happening with our Tom Davies?!

The point I am trying to make is that most of us can see something inherently wrong with the mix of Silva’s tactical system and the players he chooses to fit it. Therefore, it seems only logical to try something different because as it stands Silva’s system isn’t working. Despite us literally being in the relegation zone Silva refuses to change the formation and tactical setup, week in week out, ergo he is part of the problem. I’m sure well all be keeping a keen eye on Everton’s twitter for the team news announcement when we play the Hammers!

(Side note; For what it’s worth I am not saying Tosun is the answer to our problems. He’s just one example out of the options currently available, especially if Kean needs more time to adapt).

So, back to the original question. Are we really that good? In my opinion as it stands, no, we aren’t. We haven’t won a pot in nearly 25 years; we haven’t been stable or guaranteed a top 7 finish since Moyes left almost 6 years ago (close to a decade) and we massively overrate our squad ignoring the facts and glaring weaknesses.

All that said, for the vast amounts of money that we have spent, crap or not, we shouldn’t be anywhere near the relegation zone and provided all players stay fit I do still think we’ll finish 7th or 8th. Perhaps once Silva is replaced with a more competent manager. Safe to say 7th or 8th certainly isn’t the finish some Blues were expecting going into this season and my question to them is why? Our squad is not a top 6 squad yet and hasn’t been since the 2013/14 season. We are lacking players in key areas and overall for the past 5 seasons, and counting, we have been a mid-table club fighting it out for 7th spot with teams like Leicester et al. So, where does the expectation come from that we should be there firmly mixing it with the top 6? Most the players who played for us last time we finished in the top 6 are gone now. I mean we all want to be there but what is the idea that we deserve to be there based on?

Doom and gloom aside I must admit that I do feel the club is trying to move in the right direction and we will eventually improve for the better. Which is part of the reason I am writing this opinion piece, to try to highlight to other Blues that, yes, we need to demand success but we also need to be honest about where we are currently at as a football club.

Until we improve, we are going to have frequent days when we don’t get the “expected win” over the teams “worse than us” but toxic atmospheres, booing players and the Park End giving our young players a tough time won’t suddenly change where we are at as a club. It’s counterproductive and while I understand the frustrations, as I too suffer through them, surely getting behind the team and the club as a whole would be more beneficial?

Results aside I think a big part of the problem that is contributing to the overall mood is that expectations were too high when Moshiri first came in, which has left a lot of Blues feeling let down. What I mean by that is that many expected unrealistic things to happen simply because we got a new rich owner.

Results were expected instantly in the shape of big signings and investment, much like Man City’s take over. However, that line of thought completely ignored current financial restrictions now in place that Man City didn’t have to worry about. I also feel that, in all the excitement, it was completely overlooked that even with City’s huge investment it still took them 3 or 4 seasons to win anything. How long will it take us with less investment? Especially when you consider that for years, we were bereft financially, ran like a lower to mid-table club and settled for mediocrity to the point where it’s now been ingrained in the club.

Let’s face it, how the club operated previously isn’t what kept us in the Premier League and mid table, luck and David Moyes did that. It’s not like Moshiri has come along and ruined our glory days. However, I will concede that we are facing some serious teething problems that are concerning. I do believe however these issues can be expected when trying to overhaul a club that has consistently used mediocrity as a bandage for a festering wound.

I do feel that something will click into place soon and the bumpy ride that we are currently on as a club will smooth out. As hard as it is, I believe that requires patience from us as supporters and the reason I believe this is because now the club is financially stable with funds available and we are getting rid of and signing the right players bit by bit. Commercially we are improving also, a new stadium is on the horizon and on top of all that this season can still be turned around and taken advantage of but as we all know too well…

It’s the hope that kills you!

Felt like Davek for a moment there…. Up the soul crushing bitter Blues!