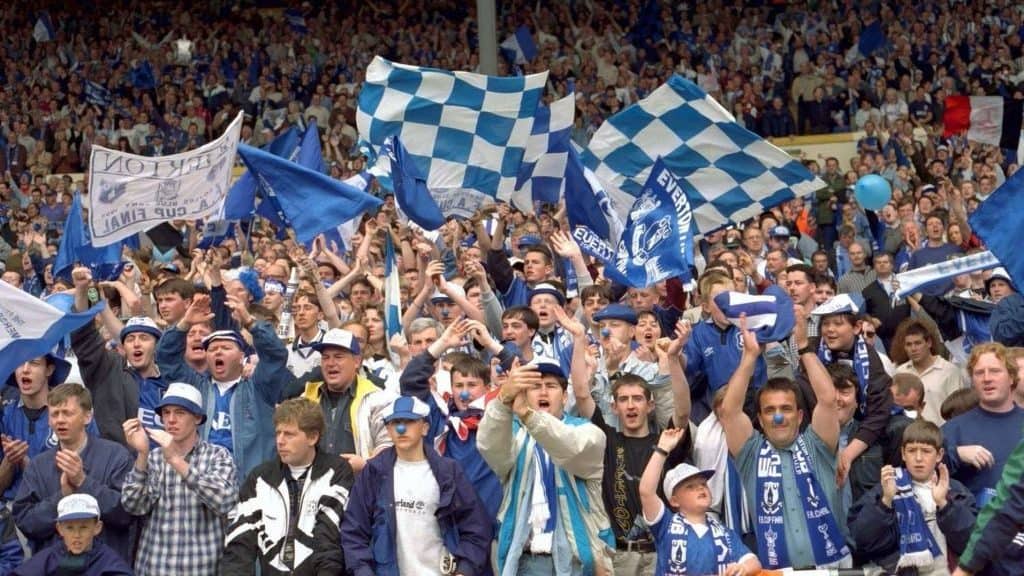 The great Jimmy Greaves repeatedly said about football, “it’s a funny old game” and he was right.

For Evertonians though, the early weeks of this new season have been more a period of frustration than amusement as the teams stuttering form in the Premier League is again testing supporters patience with players and the manager.

Positive signs of a fighting spirit in the victory over Wolves after the disappointment of losing at Villa Park were dispelled by the capitulation at Bournemouth and the surrendering of a six game, home winning streak to Sheffield United. These reversals saw many voice concerns over the ability of Marco Silva to take our club forward and back to where we all yearn to be, challenging for silverware, titles, trophies.

In between, we saw a rare come-from-behind win against Lincoln City in the Carabao Cup and last Tuesday, chastised by the manager not to go into hiding, Everton raced out of the blocks to overcome Sheffield Wednesday in the same competition, thanks to two early and well taken goals from the oft maligned Dominic Calvert Lewin.

Once again, Everton are taking us supporters on an emotional roller coaster, but the draw for the fifth round of the Carabao has just handed us a glorious opportunity to banish the blues and truly get the Blues on the road to recovery.

All you can reasonably ask for in any cup draw is a home tie, and after trips to Sincil Bank and Hillsborough that’s what we got with Watford the next opponent in a competition that – to our shame – we’ve never won. The icing on the cake was the rest of the draw that saw four of the so-called ‘big six’ paired against each other and a guarantee of at least five more top flight clubs exiting before the draw for the quarter finals.

Everton are four games from the Carabao Cup Final, let that sink in for a moment… just four games from Wembley and a cup final, and given the draw, it’s eminently winnable.

Victory over Watford would, no will, see us into the final eight. The quarter finals and just a two-legged semi-final from a trip to Wembley and a chance to secure our first silverware since Joe Royle and his Dogs of War side lifted the FA Cup, way, way back in 1995.

The Carabao EFL Cup to give it its full name is a competition we’ve never won. We’ve been runners-up twice and it’s high time that this monkey was off our back.

Throughout its many formats, League Cup, Carling Cup, Milk Cup, Worthington Cup and whatever other name it’s been bestowed with, even the Mickey Mouse Cup, the plain shameful fact is… we’ve never won it !!!

Everton… players, the manager, the board and us the supporters need to grasp the nettle and absolutely prioritise this competition.

Winning the Premier League is the ultimate domestic prize, but it’s a marathon we’re unlikely to win given our stuttering start. The Carabao Cup however is a sprint and we’re well in the race, it’s now time to kick on and charge for the winning line.

So this missive is a call to arms, a demand of all Blues that we set aside the negativity that all too easily pervades, park our feelings over players, the manager and the board in order to fully concentrate and focus on making the Carabao Cup our immediate and achievable target.

When the date of the Watford tie is confirmed, likely to be Tuesday 29th of October, let’s sell out Goodison and make the Grand Old Lady shake with cup fervour and fever.

Goodison needs to be at its aggressive, passionate best. Fill it with flags and banners, sirens, Z-Cars, pyrotechnics, ear-splitting noise, even scantily clad American football style cheerleaders… I honestly don’t care what it takes.

Goodison under the lights with the crowd loud and proud, and fully committed to supporting the team and progression will surely be ours.

Watford don’t just need to be beaten, they need to be dismissed, humbled, thrashed, thoroughly vanquished and in so doing, notice given that Everton are determined and ready to assume our rightful and long overdue place back among the winners.

The eventual move to Bramley Moore Dock will see a new dawn for our club, but before we leave our beloved Goodison, our Grand Old Lady, we need to honour her memory by parading silverware around her again.

This Carabao Cup campaign is a glorious opportunity to do exactly that, and in so doing take us back into Europe where we should always be aspiring to compete.